Family Matters: The Effects of Our Closed Colleges 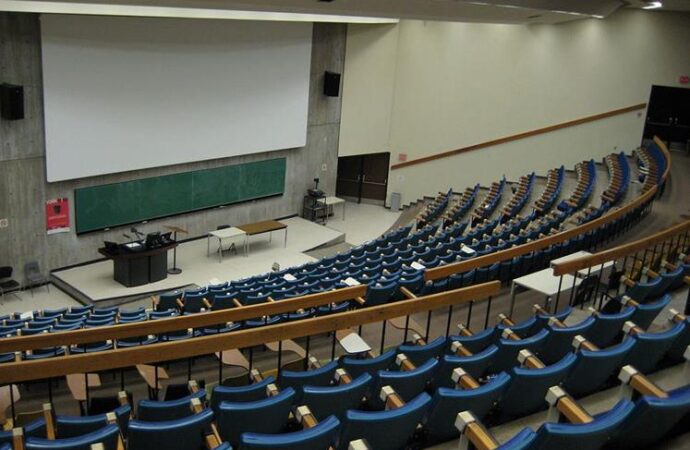 Thanksgiving is coming, and with it, the arrival of young people returning from college.

But they’re not alone. With them come new ideologies making freshman Becky regard Dad, a banker, as a tool of capitalism, while freshman Brad regards his stay-at-home mother as a willing slave of gender oppression.

I’ve often heard parents, both liberal and conservative, complain that the young people they’ve sent off to college arrive home changed by the political and cultural opinions of their professors and some of their classmates. These divisions can fracture families, damaging or even destroying the bonds that once held them together.

Fortunately for parents and children, however, evidence suggests that college more often strengthens family relationships than it does them damage. In her September 2019 article “How College Changes the Parent-Child Relationship,” Alia Wong cites a poll of over 14,000 college students in which the majority describe their interaction with their parents as improved while away at college. A professor with whom Wong spoke, Tisha Duncan of Meredith College in Raleigh, North Carolina, speculated that during the college years students see “the role of the parent as one of confidant and adviser rather than authoritarian.”

Going away to college likely brings a new pair of glasses to many young people, allowing them to view their parents with more understanding and to see their homes as castles of comfort and security. College brings new friendships and exciting adventures, but life on campus, both academic and social, can also be fraught with stress and adversity. It’s then that many students appreciate having their parents in their corner.

Of course, in recent months the coronavirus stymied the plans of many parents and their college-bound students. Spring found colleges shut down across the country, and the fall semester has seen institutions of higher learning either closing their campuses or placing extreme restrictions on students. The University of North Carolina-Chapel Hill, for example, sent most of its undergraduate students home after only two weeks, using distance learning to continue their classes.

These closures are negatively affecting the college experience for young people, in particular for those new to campus. Gone are the opportunities to meet classmates in person and make friends, to participate in sports, to interact face-to-face with professors, and to face the challenges brought by dormitory life.

Which brings us, along with the students, back to home life and the relationship between parent and child.

Although each family is different one from the other, we might ask this question: What effect will this arrangement have on the parents and young people who are now living under the same roof once again? Will the students mature at the same rate as they might have in a campus setting?

For some students distance learning is manageable, building greater self-discipline and demanding a greater load of responsibility than required of the student who goes the normal, on-campus route. Let’s face it though, Zoom, Skype, and other such tools cannot replace a classroom with a teacher and students.

How will these closures affect the parent-child relationship? If many young people previously found that being away at a school brought them closer to their parents, will that intimacy be deepened or damaged by living as adult children in their parental home? Will both parents and children see this alteration of plans, this disruption of their dreams, as an opportunity to grow closer, or will it act as a wedge driving them apart?

Because we are in a season of heated politics and an election with enormous consequences, some parents and children may also find themselves at ideological odds with one another like the families cited above. Here we should hope that cooler heads prevail, that questions rather than accusations will rule any discussion, and that politics will never replace family. Sadly, some cases suggest otherwise.

There’s an old adage that “Blood is thicker than water.”

Blood should also be thicker than politics.