An Election Without a Mandate 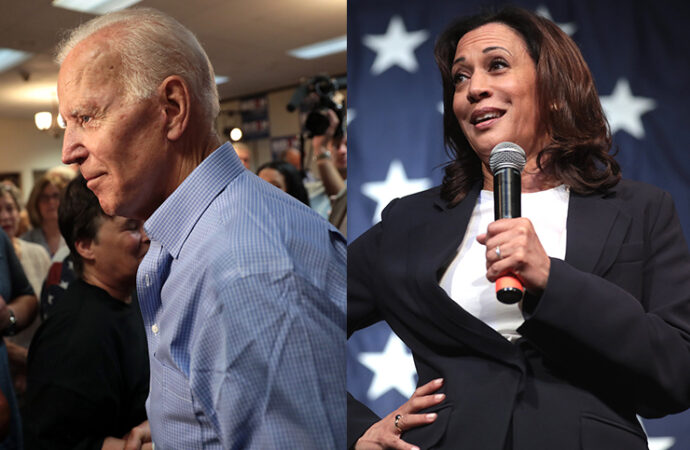 Washington Post columnist Paul Waldman somehow contorted the mixed, and yet unresolved, 2020 election results to simultaneously claim that mandates do not really exist, but that Joe Biden nonetheless has one.

It is important to refute this spurious claim because Biden and Kamala Harris will use any excuse they can to push a laundry list of progressive legislation and executive branch rulemaking. Americans should not allow this, especially under such a false pretense.

In the first part of his article, Waldman claims that mandates are mostly an artificial political construct. He may be correct in this assessment, but then he states that Republicans “know that if you act like you have a mandate, then you do.” It is far more accurate to make this phrase conditional. Two things are necessary to have a mandate: the votes to push your agenda through and the political will to do so.

The Washington Post column then lapses into a series of ill-founded assumptions and statistical half-truths seeking to provide a data-driven justification for a Biden mandate, thus marching the opposite direction of the notion that acting like you have a mandate delivers it to you.

Firstly, there is the claim that Biden won “despite the extraordinary voter suppression effort” of Republicans. Waldman’s own publication contradicts this claim of voter suppression, reporting that the 2020 election saw at least a 63 percent turnout, a rate not seen since the 1960s. The counting process is ongoing, but if the Post is right in its estimate that final vote totals will eclipse a 66 percent turnout rate, this may end up being the election with the highest participation rate in living memory.

Such a high turnout is a function of the COVID-19 pandemic, combined with the fact that progressive and liberal causes achieved nearly everything they wanted in terms of extended early voting periods and lower-security mail-in ballot efforts. A projected 161 million Americans voted in the 2020 presidential election, 23 million more than in 2016. Really it makes far more sense to argue that Biden won because of changes to election laws this year than it does to say he won in spite of them.

Waldman’s claim that Biden’s popular vote lead, 3.3 percent at time of writing, is tantamount to a blowout thanks to “the current state of party polarization” is also ridiculous. Far bigger victories were claimed just a few years ago by Biden’s old boss President Barack Obama when he won by 3.9 percent in 2012, and by 7.3 percent in 2008.

Another reason to question Biden’s alleged mandate is this year’s legislative election results. At time of writing, The Washington Post had called 420 races for seats in the House of Representatives, with a net Republican gain thus far of five seats. Of the remaining 15 seats, 10 are currently leaning Republican, representing an additional seven seat pick-up by the GOP. This would leave Democrats with 223 seats, just five more than the bare minimum required for a majority, a decided decline from what Democrats had prior to the election.

With such a slim lead, congressional Democratic leadership will need to maintain a tight leash on its 2021 members. Yet Waldman paints this situation as a victory for Biden. Additionally, he pins a great deal on the fact that “if” Democrats win both seats in the Georgia runoffs they will control the Senate, albeit with Kamala Harris casting a lot of tiebreaking votes in what is otherwise a 50-50 deadlock.

Based on Georgia’s electoral history it is unlikely that the Democrats will achieve even that tenuous 50-50 grasp on the Senate. In 2000, popular former Democratic Governor Zell Miller was appointed by his successor to fill the seat of deceased Republican Senator Paul Coverdell. The 2000 special election curiously was a non-partisan affair, and the conservative Miller won handily.

The last time that a U.S. Senate election in Georgia ended in a win for a Democrat running as a Democrat was Max Cleland’s victory in 1996. Since then, Georgia has had seven partisan U.S. Senate elections, with Republicans winning all of them. The closest of these races was in 2002, when then Congressman Saxby Chambliss defeated the incumbent Cleland by 6.9 percent.

Thus, the odds that Georgia goes blue for one of the two senate seats on offer is not terribly high, especially since both seats are held by Republican incumbents. The odds that the state elects both Democrats under the present circumstances is even more remote.

While Biden may end up in the White House come January 2021, he will not have the votes to govern as he sees fit. Without that, no mandate can possibly exist.