What Is a Nation? 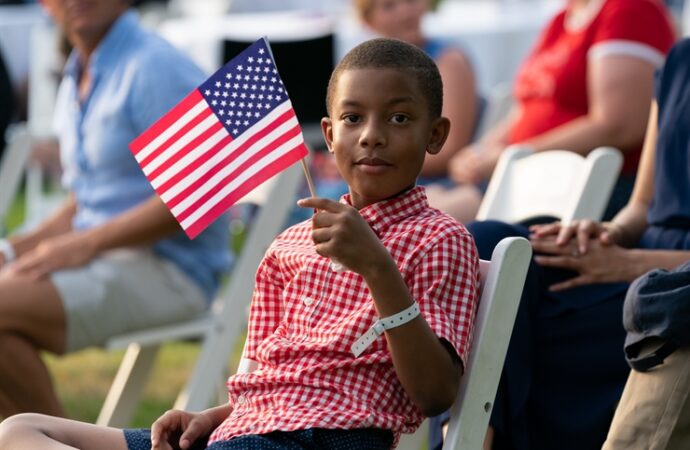 It often happens within societies that certain words and phrases become empty. This loss of meaning tends to happen in two ways. The first is when a society begins to use a word in such a multitude of ways that it becomes empty noise. When a word becomes used to describe everything, it no longer means anything. This can be seen in today’s world with words such as racist, bigot, and fascist. Each of these has been used against so many innocent people that any meaning such words had has been lost. The other way words come to lose meaning is less obvious: when a society seemingly agrees what words mean and as such no longer examines them. If this goes on long enough, the meaning becomes lost and all that is left are examples of the thing. One may be able to point to what a thing is, but he rarely is able to define its essential characteristics. One such word in modern society is nation. The question of what truly constitutes a nation is rarely discussed. Understanding such a question is imperative to the preservation of political society, for one cannot long maintain that which is misunderstood. Fortunately, the Federalist Papers provide good insight into the essential characteristics of nations.

Each nation expresses the characteristics of a nation in a slightly different way, but all of them contain these characteristics. One is able to examine each nation and discover what is necessary for a thing to be considered a nation. The clearest example is the fact that each nation is made up of different tracts of land. It is impossible for two countries to exist on the same land. This in many ways is tied to right and governance. Only one people can claim the right to govern a particular tract of land. If it was held to be common and no one people had any claim to it, then it would not be the particular entity known as a nation but something else. In other words, land cannot be held in common and privately in the same way at the same time. Understanding this fact, John Jay celebrates the American nation’s clear geographical location. Jay goes further and mentions how the territory is connected and not “composed of detached and distant territories.”

In order to protect these particular pieces of land, a country must have borders. If one were to remove these borders, then the nation would be a common land to which everyone has a right. As was shown, this is not possible. From this it is clear that a nation cannot be distinct and common at the same time.

Though important as the distinction of a certain area of land is, the distinct people who make up a nation are more important. Jay writes, “With equal pleasure I have as often taken notice that Providence has been pleased to give this one connected country to one united people.” Jay lays out all the ways the American people are distinct from other people in the world. A major part of their distinctiveness is the shared history of the American people, especially that of the War for Independence. In other words, this particular people have a shared history which binds them together to form a nation. They have common experience and navigate events together in an effort to bring about a good. Another characteristic of a unified people is tradition. Traditions are those beliefs and practices a people pass down throughout the generations. In some ways they are similar to the history of the people as they help tell their story. A nation without any historical or traditional ties among the people would find it hard to unite them in a common effort. Shared experience fosters goodwill and cooperation. People tend to trust and love more readily that with which they are familiar. The bonds of history and tradition are therefore two of the most powerful aids to social cohesion.

In addition to this shared history, the American people as described by Jay have a shared culture. Many Americans came from very similar backgrounds; most of them were Protestants from England. Jay describes them as “a people descended from the same ancestors, speaking the same language, professing the same religion.” He continues to explain that they have many of the same customs. They not only live near one another, but more importantly, they have cultural ties that bind them together. These are the bonds of community that make it possible to live together and seek the common good.

It is important to note that the people Jay describes are a distinct entity from any other people on the earth and from this shows how the people of a nation cannot simply be replaced. Much like the ground they inhabit, they are their own group which can be easily distinguished by all reasonable men from another group. They have their own traditions and way of life, which may resemble another’s in some ways, but ultimately is their own. This does not mean that no one can join this group. It does mean, however, that in order to join a distinct group one would have to adopt their culture in many ways. A person cannot simultaneously join a distinct group of people while distinguishing himself. That is not to say that everyone will act completely uniform, but individuals will all share certain essential characteristics and beliefs.

The clearest of these animating principles is justice. In many ways it is the animating force behind political society. As James Madison explains in Federalist 51, “Justice is the end of government. It is the end of civil society.” He continues to explain that society will continually pursue justice until it is achieved or liberty is lost. The words of Madison illustrate the immense power a nation’s view of justice holds. It gives a society direction and serves as the basis for all laws in that society. Thus, when a society no longer possesses a common view of justice it inevitably splits into faction. Society is pulled in two separate directions and eventually something has to give. As Jesus explains, “If a kingdom is divided against itself, that kingdom cannot stand.” The integral part of unified society is an agreement on the meaning of justice.

It is clear that a nation is a complex entity. It has characteristics that are both physical and some that are spiritual in nature. Each of its parts is essential to the wellbeing of a nation and as such must be protected. An invasion in one area is an attack on the whole, and should one fall it is not long before the whole nation ceases to exist and something new has arisen in its place.