Stop With the Politics: A New Approach to the Culture Wars 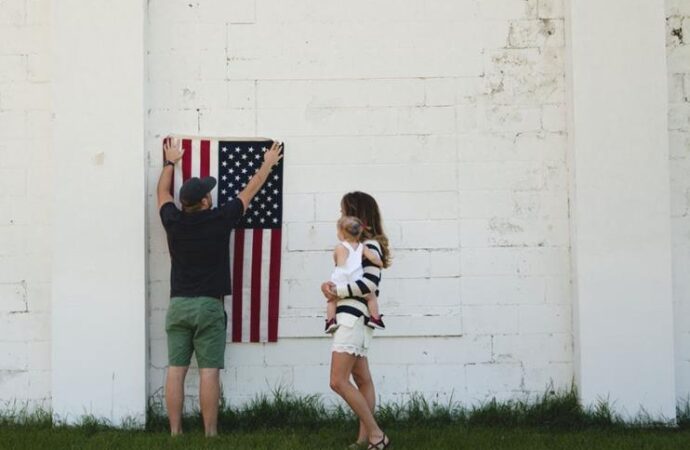 G.K. Chesterton once wrote “‘My country, right or wrong,’ is a thing that no patriot would think of saying except in a desperate case. It is like saying ‘My mother, drunk or sober.’”

Agreed. Both a country in the wrong and a mother on the bottle need some help and correction.

But hidden beneath Chesterton’s quip is an ingredient missing in today’s rancorous culture: Love. We may disagree with our country when it takes a wrong turn, and we may want Mom to knock off the booze, but in both cases we can go on loving them.

Let’s turn our backs on the Grand Canyon of 2020 separating Left from Right, Republicans from Democrats, and Trump supporters from Biden supporters for a moment. Let’s also remember that while a government represents our country and operates in various functions, a nation is much more than its government.

Instead, let’s ask our friends and foes alike whether they love America.

Let’s ask what they think about the Constitution and the Declaration of Independence, political documents that have inspired other freedom-loving peoples around the globe.

Let’s ask them and ourselves if we feel a tug in the heart when we see the American flag waving over our post offices and from the front porches of private homes. Let’s ask if we experience a surge of pride when we sing the National Anthem at sports contests, or when our children recite the Pledge of Allegiance, or when they learn the names and histories of Sequoyah, Daniel Boone, Abigail Adams, James Bowie, Ulysses S. Grant, the Wright Brothers, and others who built this country.

Let’s look at this remarkable land where we live and ask whether we appreciate its beauty: the October hillsides in Pennsylvania which flame red and gold in autumn sunsets, the broad fields of the Midwest, the windswept plains in Wyoming and Texas, the majestic Rocky Mountains where snow is already falling.

And what of our painters, novelists, and playwrights? Can we still appreciate the poetry of Anne Bradstreet, Edgar Allan Poe, Emily Dickinson, and hundreds of other American voices? Do the works of John Steinbeck, F. Scott Fitzgerald, Herman Melville, Edith Wharton, Thomas Wolfe, Thornton Wilder, and other writers still have something to say to us about our country?

How about American music? From classical to jazz, from folk songs to rock-and-roll, we have a wonderful tradition that many of us still love and treasure, a blending of cultures ranging from the hardscrabble hills of Appalachia to Bourbon Street in New Orleans and from Tin Pan Alley to Nashville, Tennessee. For more than two centuries, American songs have entertained us in the good times and sustained us in the bad.

American innovation, invention, and production also deserve applause. For centuries, our technology has brought many gifts to our citizens and to the world. In the last 100 years, our free enterprise system has helped reduce worldwide poverty rates to record low levels while giving our people here at home one of the highest standards of living in the world.

Despite all of these achievements, many among us appear to have lost their love for their country. They not only hammer away on American flaws, but they also demand fundamental changes that would, if enacted, render American ideals and accomplishments obsolete. Some of them have torn down statues of famous Americans, while others are now attempting to tear down the country.

Imagine this scenario: two men are looking at a century-old, ramshackle house on Royal Avenue in Front Royal, Virginia. The first man envisions tearing the building down and erecting a quick-stop market and gas station on the site. The second examines the house, perceives the beauty behind the weather-beaten wood and peeling paint, and sees a home that renovation could turn into a castle for his family.

Such is the case with our country today. Some desire destruction, others renovation.

Americans have traditionally stood with the second man. Throughout our history we have looked for ways of improving our country. Over time we ended slavery, Jim Crow, and enacted sweeping civil rights bills; we encouraged innovation; we expanded our educational system; we sought to make laws protecting individual freedoms.

Writer James Baldwin once declared, “I love America more than any other country in the world, and exactly for this reason, I insist on the right to criticize her perpetually.”

Today America has a mob of critics.

But I’m not feeling the love.