People and… Other People, Please Fasten Your Seatbelts 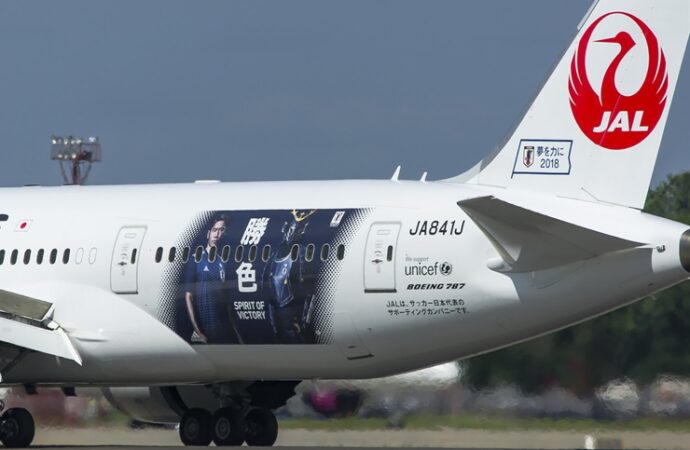 Those first three words will no longer be uttered, for Japan Airlines just announced it would retire this gendered language when communicating in English.

“We aspire to be a company where we can create a positive atmosphere and treat everyone, including our customers, with respect,” Japan Airlines Mark Morimoto said in an email according to The New York Times.

This move comes less than a year after EasyJet, a low-cost European airline, gave new guidance to its staff on the proper way to welcome passengers. CNN reported at the time that EasyJet’s new policy came after Andi Fugard, a senior lecturer at Birkbeck, University of London complained to the company, demanding to know if the airline was “in some kind of competition to see how many times you can reinforce gender binaries?”

In addition to “ladies and gentlemen,” Fugard also called for the elimination of “boys and girls” and “sir/madam.”

Dear @easyJet, are you in some kind of competition to see how many times you can reinforce gender binaries? “Ladies and gentlemen, boys and girls”, perfume strictly segrated again by “ladies and gentlemen”. Ditch sir/madam too. An organisation as huge as yours must do better.

That’s at least two airlines in 12 months that have decided they can simply do away with gender in their pronoun usage when addressing customers. And if Fugard – whose website declares uses they/them/their/themself pronouns – is anything to judge by, the woke social scientist and gender advocates are not content at allowing for men to become women or women to become men, with airlines addressing them by their new gender. Instead, the woke crowd is keen to force airlines to cover the entirety of the “gender spectrum” and therefore gendered language must be eliminated from the English lexicon entirely.

It is of note, however, that the Times’ report stated that Japan Airlines would only be removing the gendered language from their English language announcements. Japan, as a nation, is a rather confusing mishmash of LGBT policies, with transgenders allowed to legally change their gender (subject to significant requirements) while gay marriage still remains illegal.

So this Japan Airlines change appears to be just for the benefit of English speaking Westerners. Why are we so special? What is it about our politics or society that makes it good business for airlines to appease their customers by denying science?

Dr. Paul Gottfried, editor-in-chief of Chronicles, said in a recent episode of Backchannel that if you “identify people in a traditional way,” that behavior, and by extension those who engage in it, is often tied to fascism and Nazism in today’s political climate:

It becomes associated in their mind with fascism. And if you want to avoid all the evil consequences of Hitler’s behavior and his atrocities against people, you are going to do what the anti-fascist state will tell you to do. And part of their program is to remove all traditional identities. So you no longer can speak of men and women as separate. You know, that what you are is an identity that you can go and change, and you can change it more than once, you can change it as many times as you want.

This is the 1984 language-degrading hellscape into which 21st century America has descended. War is Peace, Freedom is Slavery, and Men are Women.

It is, of course, a lie to say that someone holding traditional views of gender is an indicator of any degree of fascism in a society, or fascist tendencies in a person. These views of gender pre-dated the formation of fascist ideology by millennia. Only in the last few decades has the transgender ideology emerged at all, and still more recently developed is the notion that anyone disagreeing with it has been demonized as a Hitlerian figure.

The lie of the transgender ideologues and their pollution of the English language is revealed eloquently and humorously by Gottfried in his summation of the push for these gender-neutral pronouns.

The reason we have to use impersonal pronouns is A) the people who are forcing this on you are on a power trip. They’re bullying you if you don’t know that… and the other thing is they are liberating you from the fascist or quasi-fascist society in which you were living until now, in which people use such fascist labels as ‘man’/‘woman’, ‘he’/‘she’ and so forth, ‘him’/‘her.’ So they are doing you a favor, they’re sort of saving you from the fascist mindset by removing gender-specific pronouns.

Might it not be that the worst corruption of language in this discussion is not the enforcement of gender-neutral language, but rather the elimination of any meaning from the word fascist?

Americans need to push back.