Obsession: How the Media Keep Us Ignorant 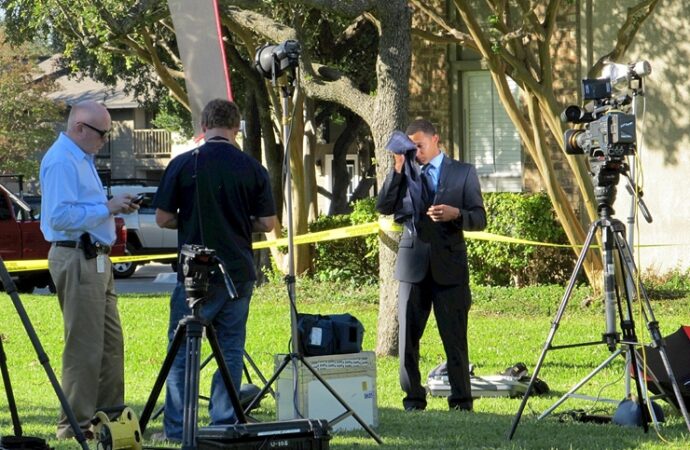 Many people of all political persuasions, including myself, find much of the mainstream news opinionated and biased. Negative media coverage of President Trump, for example, ran as high as 99 percent in May.

This slanted news does serious damage to our republic. It’s divisive, but it also causes ignorance. Two days ago, I met a man in his mid-30s who gave me a blank look when I mentioned the scandal surrounding Hunter Biden’s hard drive. When I asked another woman, a Democrat, what she thought about the possibility of Joe Biden having dementia, she had no idea what I meant.

But there is a threat to an informed citizenry as great as prejudicial reporting: negligence. The MSM not only keeps us in the dark by their bigotry and their deliberate omission of certain stories, but also by their inability to broaden their reporting.

Since January, the media has focused continually on the pandemic sweeping the globe. They’ve battered us with statistics, with terrible stories of nursing home deaths, and with arrests made when a church or business opened, news seasoned with the opinions of “experts.”

The Black Lives Matter Movement with its protests and riots occasionally nudged aside the pandemic as worthy of reporting, but generally coronavirus remained front and center in the headlines. The nomination and confirmation of Amy Coney Barrett to the Supreme Court dominated the news for a few days, and with the election season, those who watch televised news find themselves now in a storm of opinions, polls, and speculations.

Meanwhile, this hurricane of headlines has swept away events taking place around the world.

How many Americans, for instance, have a clue about the current political machinations of the Chinese Communist Party? How many of us know that naval forces of the United States and Japan are this week conducting joint military maneuvers in the face of rising Chinese aggression in that part of the world?

What about Hong Kong? Last winter that city’s conflict with the Chinese Communist Party made lots of headlines. What’s happening there now?

France may impose another lockdown because of an increase in coronavirus cases. And French citizens have been the murder victims of Islamic terrorists twice in the last two weeks. Are most of us aware of these incidents? That’s unlikely.

What’s happening on the coronavirus front in the British Isles? We haven’t heard much about Brexit lately either.

The Trump administration has made great headway in bringing peace to certain parts of the Middle East, yet the little we hear about it undercuts its huge significance.

Closer to home are the recent riots in Philadelphia, but how many of us saw the mob throwing eggs and rocks at a Trump-supporting caravan of Jewish Orthodox families in Brooklyn in the last week?

That Twitter and Facebook censored the Hunter Biden computer story is a huge scandal. Yet how many media outlets have ignored the story completely?

These stories have a bearing on our country, but are neglected because of the MSM’s obsession with one or two major stories, a fixation in some cases intended to damage the Trump presidency.

Many in the press could stand a long look in a mirror. They might begin by reading their own code of ethics. If they can’t bring us some straight stories, if reporters and newscasters cannot report what a politician actually said or what some public figure did, then Americans should turn off their televisions and look elsewhere for their news.

Some of these folks like to quote Thomas Jefferson on the importance of the press. “[W]ere it left to me,” he once wrote, “to decide whether we should have a government without newspapers, or newspapers without a government, I should not hesitate a moment to prefer the latter.”

But Jefferson later noted, “Nothing can now be believed which is seen in a newspaper. Truth itself becomes suspicious by being put into that polluted vehicle. The real extent of this state of misinformation is known only to those who are in situations to confront facts within their knowledge with the lies of the day.”

When the press takes political sides and neglects major stories, it is no longer free, and neither are those who take their news from it.