Now the Grinch Is Stealing Thanksgiving 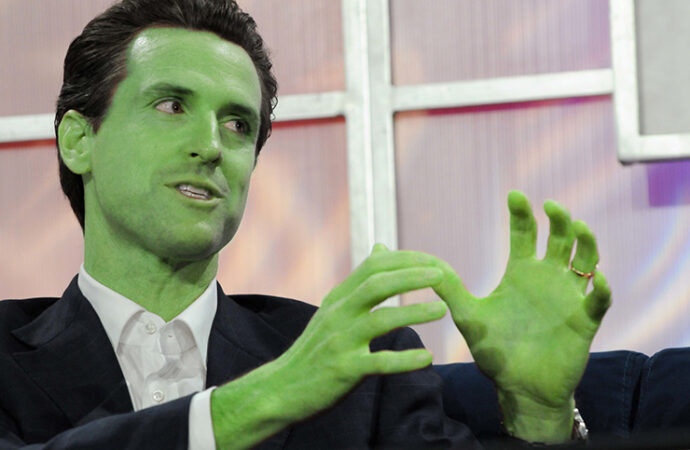 Thanksgiving holds a special place in my family.

It’s the one holiday of the year when my four children, their spouses, and my platoon of grandchildren gather under one roof. The other holidays they celebrate in their own homes or with other relatives, but Thanksgiving is the time for the gathering of the Minick clan for turkey, stuffing, and all the other traditional dishes.

We come together around noon and begin this special meal around 4 o’clock in the afternoon holding hands and praying, and then everyone in that circle shares one thing they are thankful for. Otherwise, the day centers on cooking, eating, and conversation. Sometimes we take a stroll around the neighborhood, the older kids will kick a soccer ball in the yard, and every once in a while four or five people will watch bits of a football game on television.

We love Thanksgiving for its simplicity, its casual disarray, the opportunity to share good food, jokes, political talk, and the chance for all the grandchildren to play together.

On October 9, 2020, the California Department of Public Health issued its “Guidance for Private Gatherings,” ostensibly to keep up the months long fight against COVID-19. That title is deceptive, as the authors of the document quickly declare these are “Mandatory Requirements for All Gatherings.”

Here are just some of these requirements:

Gatherings may include no more than three households. (Right away our gathering would break the law.)

All such get-togethers must take place outdoors. The state kindly allows guests to use indoor restrooms as long as they are “frequently sanitized.’ (No consideration is given for rain or cold weather.)

Different households must be at least six feet apart from each other. (If my clan gathered there, we would need 30 feet for separation.)

Self-serve foods from communal containers should not be used. Those serving the food must wear masks. (We only use communal bowls.)

Gatherings should be two hours or less. (We’re just getting warmed up at two hours.)

Singing, chanting, and shouting are discouraged, as these may spread the virus. (If you get into a screaming match about politics with your Aunt Miranda, keep in mind you are breaking the government’s required mandate.)

Playing of wind instruments is strongly discouraged. They spread spittle. (Does that include my three-year-old grandson piping away on his little flute?)

For our country’s sake, I wish this embarrassing mandate was some sort of joke or satire. If I were a foreign enemy of the United States, I would take these government orders as a sign that Americans are soft as butter left on the counter during a heat wave.

It’s one thing to issue suggestions on safety to citizens; it’s quite another to make those suggestions “mandatory requirements.” How will these so-called requirements be enforced? Perhaps we should expect a SWAT team to arrive at houses with four cars bearing out-of-state license plates to arrest the host and guests. Is a mandate like this one even legal? Whatever happened to the idea that the home is a castle?

But this scenario leads to other questions. What will we do about winter holidays like Christmas and Hanukkah? Will those celebrations face the same restrictions? At this rate, bureaucrats will probably ban carolers, children sitting on Santa’s lap, and church services as well.

One wonders who these miniature Mussolinis think they are.

How long are we supposed to continue putting up with this nonsense? Do we just continue indefinitely under such restrictions, or will COVID-19 mysteriously disappear by mid-November following the election?

Some people have begun to refuse to pay obeisance to these dictators. Here in Front Royal the employees of several businesses I patronize aren’t wearing masks or else hang them around their throats, ready to pull them up if a stranger enters their place of business. On a recent trip to North Carolina, I stopped for gas and refreshments at a couple of convenience stores where no one, customers or employees, was wearing a mask.

People everywhere are tired of this mess. In Britain, for example, the video of an 83-year-old woman lambasting the government for its lockdown policy – she’s standing in a city street while behind her younger people wearing masks are strolling about – went viral this weekend. Her common sense point – that the vulnerable should stay at home and practice caution while everyone else resumes their normal lives – clearly struck a chord with viewers.

Is it going to require some sort of social revolution or mass protest to end the nanny bureaucrats who have rendered so many Americans unemployed, depressed, or miserable? Or will some of those in charge eventually realize they’ve made a mistake and call it a day?