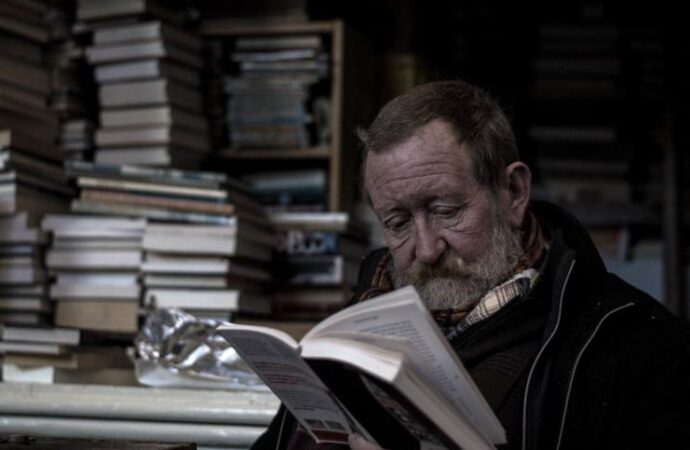 Shortly before New Year’s Day, 2018, I resolved to read Will and Ariel Durant’s The Story of Civilization, that eleven-volume literary Mount Everest that weighs more than 30 pounds and runs to nearly 10,000 pages.

Sticking to a New Year’s resolution or a Lenten vow is not my strong suit. Ten years ago, one of my sons asked me what I had taken up as my Lenten vow, and I told him I had resolved to stop complaining for those forty days. I then began complaining about my difficulty in keeping this vow, a misstep that caused Jeremy to burst out laughing.

Such was not the case as I began to climb Mount Durant.

By late November of 2018, I planted my flag atop that peak. For half an hour daily, five or six days a week, I read about Chinese porcelain, the glories of the Greek philosophers, the wars of the Romans, the monks of the Middle Ages, and on into the Enlightenment, the French Revolution, and the Age of Napoleon. Occasionally, I marked passages with pencil and Post-it notes. Even now, those fat volumes sit on my bookshelf topped by those golden banners.

This trek brought me several delights.

First, for half an hour a day I escaped the prison of the present and slipped into the pleasures of the past, exchanging the acrimonious politics and cultural wars of the current age to ride with the Mongol hordes or stand with Cicero in the Roman Senate.

Then there was the deep satisfaction of reading the rotund prose of the Durants, the sometimes long and rolling sentences, the obscure and usually Latinate words that sent me to my dictionary, the balance and harmony in every paragraph.

The Durants practiced fairness in their approach to history, critiquing, for example, Christianity many times, but also touting the benefits and advancements it brought to civilization. All too often today’s historians set out with their prejudices intact, producing a thesis to be proven by select evidence and the suppression of anything that might contradict that evidence. The Durants played by the rules, giving voice to all sides when discussing people and events.

Finally, many of the quotations I collected from these books made me either think or smile. Here are just a few of them from the first volume, Our Oriental Heritage, that I once posted on my website:

Were they alive today, how would Will and Ariel fare? Will was a socialist in his youth until a visit to Russia in 1932 opened his eyes, causing him to reject that political philosophy. He remained a liberal, but I can’t imagine either he or Ariel would embrace critical race theory, cancel culture, or defunding the police. Both were white and in a traditional marriage, so that’s another two strikes against them.

The Story of Civilization meant much to me at the time I read it. My only regret is that I didn’t pick 2020 for that exploration. Given all the upheavals and poisonous discontent of this present year, with an acrimonious presidential election on the horizon, I could use the antidotes provided by the Durants.