Cleopatra Was No More Egyptian Than Gal Gadot Is 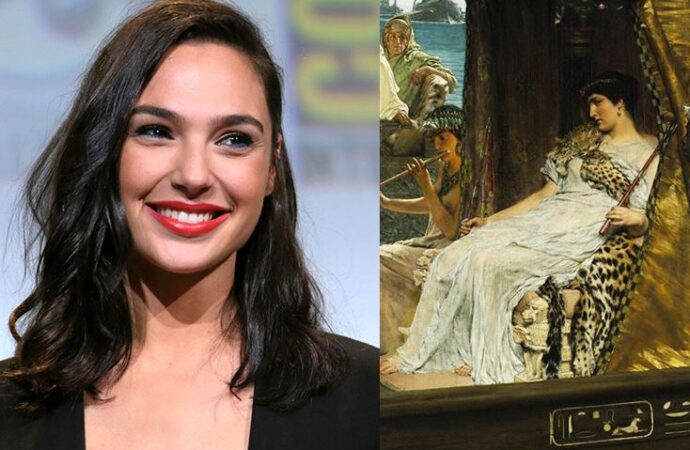 Israeli actress Gal Gadot has been the subject of some racially-charged criticism after it was revealed that she will portray Egyptian Queen Cleopatra in an upcoming film.

This Cleopatra VII may have been Queen of Egypt and stylized herself Pharaoh, but the historical record is far more supportive of Gadot’s casting than of the casting of an Arab actress. Gadot is of eastern and central European-Jewish ancestry, while Cleopatra VII was primarily of Greek descent, possibly with some Syrian blood by way of her grandmother.

The happenstance of one’s rule over a country does not mean that one is ethnically linked to the country being ruled over. This is especially true of the imperial age which Cleopatra inhabited. The nation she inherited was passed down as a result of Alexander the Great’s continent-spanning conquests. Following Alexander’s death, Ptolemy I Soter established himself as Pharaoh of Ptolemaic Egypt in 305 BC, starting a dynasty which would end with Cleopatra VII’s suicide in 30 B.C.

Egypt experienced 275 years of Ptolemaic rule which alternately saw military expansion and great amounts of public funding for literature, religion, construction, and arts on the one hand, but a series of bitter civil wars and family feuding on the other.

Throughout it all was a caste system that protected the interests of the Greek imperial ruling class at the expense of the local Egyptians, as well as the Jewish residents of Egypt at the time.

This system clearly was not a precursor to Ptolemaic rule, as it favored the Greeks. In a time span longer than that of the United States’ entire history as an independent country, this ethno-cultural caste system continued unabated for nearly three centuries.

Some have argued that the long rule of the Ptolemies is evidence in and of itself that Cleopatra was in fact Egyptian.

The Cleopatra stuff is a reminder of is how strangely people think about Egyptians – so many people insisting Cleopatra wasn’t really Egyptian but Greek, despite her family being in Egypt for like 250 years by the time she was born

But as historian Michael Grant put it in his book Cleopatra:

Certainly she was not an Egyptian, because although Egyptian women had for centuries been renowned for their skill at making love, we only know of one Egyptian mistress of a Ptolemy, and she was an exceptional figure who had lived a great many years earlier (no Ptolemy, as far as we know, had an Egyptian wife). So when Robert Greene in 1589 wrote of Cleopatra VII as a ‘black Egyptian,’ the second of these terms was wrong, for she probably did not possess one single drop of Egyptian blood; and the first was exaggerated, like the blackness sometimes attributed to her in modern African schoolbooks.

In fact, the possibility was completely outlawed by the aforementioned racial class system that the Ptolemies enforced upon their imperial holdings in Egypt and elsewhere. Historian Stanley M. Burstein also put such a myth to rest in his 2004 book The Reign of Cleopatra. Speaking of the only three Greek cities in Egypt (Alexandria, Naukratis, and Ptolemais), Burstein wrote:

Egyptians were not citizens of the three Greek cities. They lived in separate residential quarters and intermarriage was forbidden. The Ptolemies even maintained separate legal systems for their Greek, Jewish, and Egyptian subjects.

Anyone arguing that Cleopatra must have been Egyptian based on her family’s long tenure in the country should acknowledge that all Americans of white European ancestry may claim the term “American” in addition to their original biological heritage. This is unlikely to occur however as the politics of racial grievances swing only one way: whichever way best serves progressive causes.

Cleopatra the VII did indeed speak Egyptian, but she was the only Ptolemaic ruler who bothered to learn the language. Meanwhile, those who oppose Gadot due to her Israeli citizenship and Jewish heritage would do well to abide by Cleopatra’s example. According to Plutarch, Hebrew was one of many languages the Egyptian Queen mastered in her lifetime. Even more strikingly, Egyptologist Joann Fletcher wrote in Cleopatra the Greatthat Cleopatra renewed a grant of asylum for Jewish refugees and built a synagogue “dedicated to ‘the Great God that heareth’.”