China Makes Things Hard for Foreign Businesses, But the Money Keeps Them Coming 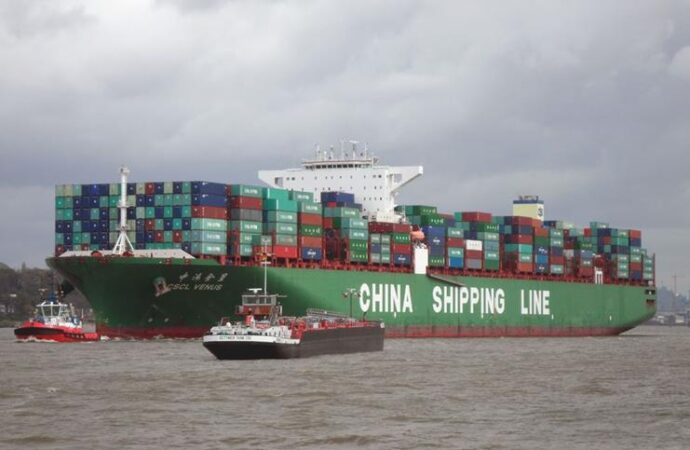 Doing business in China can be a difficult and contentious proposition for companies in many countries. Yet even with charges of intellectual property theft, forced partnerships and tight restrictions on doing business, China continues to attract foreign capital. Why do businesses want to invest in China when there are so many other “business-friendly” countries and financial markets that support foreign investment?

The United States has accused China of stealing the intellectual property of American firms, theft that is estimated at US$600 billion annually. As a precondition for doing business in China, American and other firms may be subjected to the forced transfer of their technology. In addition, regulations can require foreign investors to partner and set up a joint venture with a Chinese firm before they can do business in China.

In 2001, after becoming a member of the World Trade Organization, China promised to open up its banking, telecommunications and electronic payment processing sectors. But action in these areas has been nonexistent or, at best, half-hearted. The Chinese telecommunications industry, for example, remains under government control, and the government has barred Facebook and Google from offering their services in China.

What’s in It for Investors

Doing Business 2020, a publication of the World Bank, ranks China – in terms of the availability of credit and the ease and magnitude of tax payments – 80th and 105th, respectively, out of 190 nations in the world. Using 10 other indicators, such as protection offered to minority investors, registering property and enforcing contracts, China ranks 31st out of 190 nations in the world for the overall ease of doing business. By contrast, the U.S. ranks 6th out of 190, according to the same report.

In addition, doing business in China can be politically risky. Negotiations with the Communist-led government can be difficult; it has a political system with a reputation for a lack of transparency and intolerance for dissent. The nation has significant rules about the inflows and outflows of capital that can change without public notice. Corruption is pervasive in China, which hurts foreign investors like the United States.

Despite these negative business conditions, according to the 2020 World Investment Report, in 2018 and 2019 China attracted a staggering $138 billion and $141 billion in foreign investment, respectively. Focusing on just 2019, this massive foreign investment into China exceeds the GDPs of entire nations such as Kuwait – $137 billion; Kenya – $98 billion; and Venezuela – $70 billion. In 2019, China was the world’s second largest recipient of foreign investment, second only to the United States.

Countries That Play By the Rules

On the two metrics – credit availability, which measures how easy it is to obtain credit; and tax payments, which measure the straightforwardness and the magnitude of tax payments made to the country where business is being done – New Zealand ranks 1st and 9th in the world. And for overall ease of doing business, by contrast to China’s 31st rank, New Zealand ranks first in the world.

The Simple Math of Making a Profit

The size of a national market – or scale – matters greatly for business. The more consumers that a market comprises, the more products have the potential to be sold. In 2019, China’s population was about 1.4 billion, as compared to New Zealand’s population of about 4.8 million. In addition, when measured by gross domestic product, the Chinese economy is the second largest in the world, as compared to New Zealand’s economy, which ranks 51st. Whether the issue is viewed in terms of the sheer number of consumers or the total size of the “economic pie” that is GDP, the Chinese economy overshadows the New Zealand economy.

This enormous disparity in size or scale matters. Even though China is a significantly less friendly place in which to do business relative to New Zealand, it still makes sense for American and other multinational firms to invest in China.

From the standpoint of financial gain, consider the profits of a firm that invests in China. The markup is the difference between the price a firm charges for a product and the cost of producing an additional unit of the product. Profit, then, is simply the markup multiplied by the number of products that can be sold. The larger the market, the more product can be sold. More sales translate into more profit. This explains why firms throughout the world are prepared to tolerate questionable Chinese business practices and still invest in China.

One example of doing business in China, despite the many constraints, comes from Hollywood. Disney produced “Mulan,” a $200 million live-action film that took more than five years to make. Disney shot a large portion of the film in New Zealand with the intention of releasing it in China, primarily to gain access to that vast market and to maximize profits. Disney bowed to many Chinese demands to ensure that “Mulan” could be released in China without objections from Chinese officials.

Disney’s relationship and concessions to China are an example of why so many foreign investors continue to pursue business in China – profit. Despite the institutional restrictions on investment, with access to more than 1.3 billion people, many of them potential consumers, and a flourishing GDP, China represents a global market opportunity that multinational companies around the world continue to exploit.