A Biden Court-Packing Plan Could Be Worse Than FDR’s 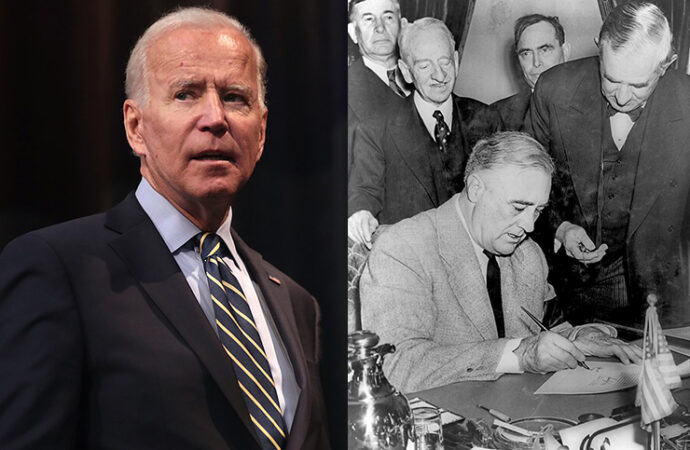 Still fighting off the tail-end of the Great Depression, Americans gave President Franklin Delano Roosevelt a landslide victory over Republican challenger Alf Landon in 1936. Roosevelt, keen to see his New Deal legislation brought to fruition, was frustrated again and again by the Supreme Court.

It was time to take a different course of action.

Roosevelt proposed the Judicial Procedures Reform Bill of 1937, ironically based on a proposal made by Justice McReynolds in his time as Attorney General. The legislation would have allowed Roosevelt to appoint one new justice for every justice on the court who was older than 70 years and six months, up to six justices in total.

Taking to the airwaves, Roosevelt made his court-packing plan the center of his March fireside chat, but he failed to sell the violation of the judiciary’s independence either to the American public or to politicians in his own party. Pollster George Gallup conducted 18 polls on the proposal over roughly four months, as the American public talked of little else. Support for the plan peaked at 46 percent.

Meanwhile in the Democrat-controlled Senate, the Judiciary Committee held the bill up for months, before finally adversely reporting the legislation back to the full Senate, calling the plan “a needless, futile and utterly dangerous abandonment of constitutional principle … without precedent or justification.”

In 1937 six justices were over the age of 70 ½ specified by Roosevelt’s plan, so if it had passed he would have been able to expand the court to 15 justices, ramming through the New Deal via a slate of policy-minded jurists keen to deliver Roosevelt’s desired result. Roosevelt likely would have ended up with a favorable 9-6 decision on many cases.

This court-packing plan was tailored for the circumstances of 1937, especially regarding the gerontological condition of the court. Blatant as it was at the time, it would not be of as much help to a hypothetical President Joe Biden in 2021.

Under the Roosevelt rules, Biden would be able to appoint three justices, one each in response to the ages of Clarence Thomas, Stephen Breyer, and Samuel Alito. This would result in a 12-seat Supreme Court deadlocked at 6-6 between the liberal and conservative wings. The next opportunity Biden would have to add an additional seat would not happen until Christmas Day 2024, when Sonia Sotomayor would pass the age threshold. At this point Breyer could already be an 86-year-old retiree, resulting in a 6-5 conservative majority. A Democratic presidential victory in 2024 would have to be a done deal as well, as there would be less than a month left until inauguration day 2025.

Waiting to appoint another justice until Sotomayor reached six months past her 70th birthday would also require Democratic control of the Senate in 2024, something which has been a tenuous proposition this century.

A Biden led court-packing plan would have to be a far more brazen power grab than anything FDR ever proposed in order to be effective. Yet his party stands ready and willing to enable an incoming Democratic president to add seats at will.