It Seems That Millennials Are More Willing to Commit 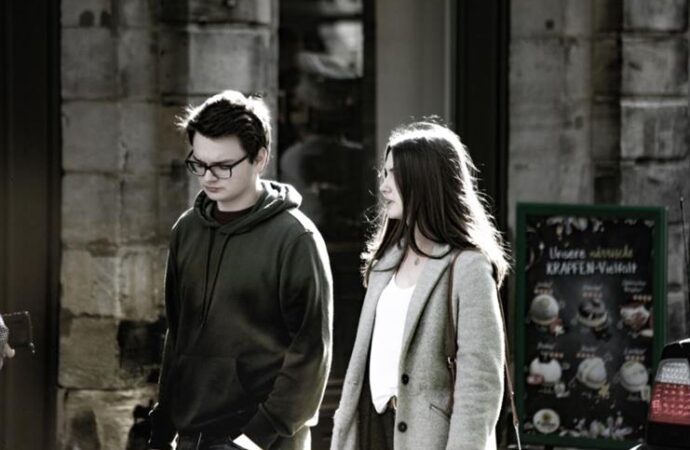 While millennials have been widely hailed as selfish, entitled, unreliable and snowflake-like to say the least (Time magazine once labelled them the “me me me generation”), it turns out they just might be the next generation to want to stay in a job for life and store money under the mattress for a rainy day – or an extra violent flu season for that matter.

Millennials and Gen Z have experienced a lot of disruption in their short lives. Moving between major financial crises, and then a pandemic which governments have turned the world upside down for, surely has some sort of psychological effect.

For millennials the world is likely starting to seem like a less and less secure place. If the millennial’s childhood message was “you can do anything”, the one they pass on to their children might be “you should plan for anything”.

Older millennials graduated directly into the 2008 financial crisis that upended the labour market and made many attractive jobs disappear. Then there was the rise of contract labour, with few of the protections or benefits of stable employment. Now there is a major pandemic. According to a new study from Deloitte:

Millennials have never experienced sustained financial security. They joined the workforce during the 2008 recession and now, a decade later and right when they should be hitting their salary stride, they face another historic economic downturn.

…With an intimate understanding of how quickly circumstances can turn sideways, those surveyed report saving or investing 40% of their disposable income. Forget what you’ve heard about avocado toast and $7 lattes. They save more and spend less than their parents.

The study found that, as a result, millennials are more willing than ever to loyally commit to a job:

… more millennials said they’d like to stay with their employers for at least five years than would prefer to leave within two years. This is unprecedented since Deloitte first asked this question in our 2016 survey. It remains to be seen how pandemic-driven job losses will affect loyalty.

In fact, the Deloitte study found that both millennials, and the generation which comes after them, Gen Z, both crave stability more than ever. I know personally of multiple friends and acquaintances who have lost their jobs due to COVID and have been forced to make major life changes as a result. For some that has meant moving home again, for others moving cities. While older friends have been threatened with lost jobs, those in their twenties and early thirties seem to have been the first to go.

With travel so reduced due to the pandemic, could their new-found desire for stability manifest in other areas of life too, making younger millennials and Gen Z more likely to settle down into predictable home lives earlier than they otherwise might have? Perhaps that will mean they will have children earlier too, turning around the ever-increasing age of parenthood. Historically, millennials have been slower than previous generations to establish their own households. Both the important things in life, and our ever-present human vulnerability, may well be in ever-sharper perspective:

While this health crisis has shaken humanity, it’s also reminded us that we’re all human. Holding down a job or managing a team with a crying child, a barking dog, or a roommate just off camera is unfiltered, honest, and all on display. Yet, the realness of work right now may help break down communication barriers, allow people to bring their “true selves” to the job, and alleviate some of the mental strain reflected in Deloitte’s pre-pandemic data.“

From a demographic point of view, one piece of data from the Deloitte study caught my attention. Climate change was ranked the no. 1 issue for both millennials and Gen Z. In particular the study found that over half of those surveyed are taking the environmental impact into consideration when thinking about how many children they want to have, if any.

That is not at all good if millennials want to ward off further future economic and social catastrophe. It also seems to indicate that many must misunderstand current global population estimates and chronically low fertility rates.

In fact, more and more researchers are urging Gen Z and millennials to have children to ward off dramatic future population decline (more than 23 countries will lose half their populations by 2100), with both economic and social effects.

If too many millennials and Gen Z indeed choose not to have children, more economic and social drama could well be on the horizon for them.