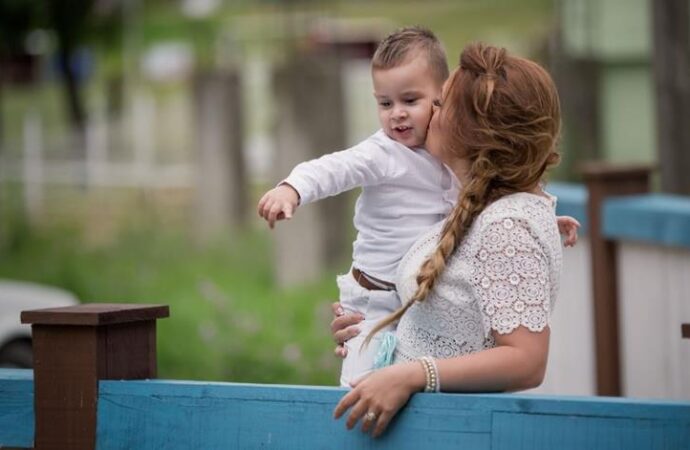 Staying home with children used to be the societal norm for women. They remain a large segment of the population, as research shows that 30 percent of mothers with children at home still choose to forego paid employment, but they are increasingly marginalized by our popular culture.

A recent example of this comes from The Telegraph, one of the largest newspapers in the United Kingdom. A woman calling herself “Susan” sent a letter to the advice column “Dear Richard Madeley.” She and her husband have three children, she explains. She writes asking for help with family tensions because “two years ago my mother-in-law referred to me as a ‘gold digger’ during an argument with my husband.”

Susan continues, “I strongly dispute the allegation (My husband and I split all of our finances 50:50).”

Family dynamics are complex, and no doubt there is a great deal more to this situation than Susan divulges. However, it is striking that she chooses to defend herself this way. She is not a gold digger because she and her husband split their finances equally. Her devotion to her husband is genuine and the proof is in the fact that she is not financially dependent on him.

But what if Susan stayed home to look after the three children and didn’t collect a paycheck? Would her mother-in-law be right then?

Madeley, who is one of the most famous TV personalities in the UK, simply accepts Susan’s line of reasoning. “She [the mother-in-law] said something completely unjustified and untrue about you,” he writes.

This advice column may seem like a small, insignificant matter. Unfortunately, it illustrates a broader trend in our society where a woman’s work isn’t valued unless it is paid.

Even President Barack Obama weighed in saying “Moms have got the hardest job in the world, and they’re at it every day of the year.” His actions, however, suggest he has very little respect for stay-at-home mothers. During his administration, he pushed for expanding access to childcare rather than promoting policies that would make it financially viable for women to stay home if they wished to.

His wife, Michelle Obama, gave a glimpse into her family’s worldview in her recent Netflix documentary “Becoming,” saying, “My relationship with Barack was all about our partnership. If I was going to have an equal voice with this very opinionated man, I had to get myself up,” she said. “The thing that really changed it was the birth of our children. … Something had to give, and it was my aspirations and dreams. I made that concession not because he said, ‘You have to quit your job,’ but it felt like ‘I can’t do all of this, so I have to tone down my aspirations, I have to dial it back.’”

Michelle Obama seems to be suggesting a woman can only be an “equal partner” in her marriage if she brings home a paycheck. She also disparages motherhood as a “concession.”

Surveys regularly show that Michelle Obama is the most admired woman in the world. Her autobiography was a massive bestseller. If people as influential as the Obamas assert that women find their value in paid work, then that same idea will soon start popping up across our cultural spectrum – including in advice columns in The Telegraph.

We still have some vestiges of respect for traditional homemaking – probably because many of today’s adults were raised by a mother who stayed home. But given the direction our society is heading, we may eventually reach a point where all stay-at-home moms are regarded as “gold diggers.”