Why the Rule of Law Is Vanishing 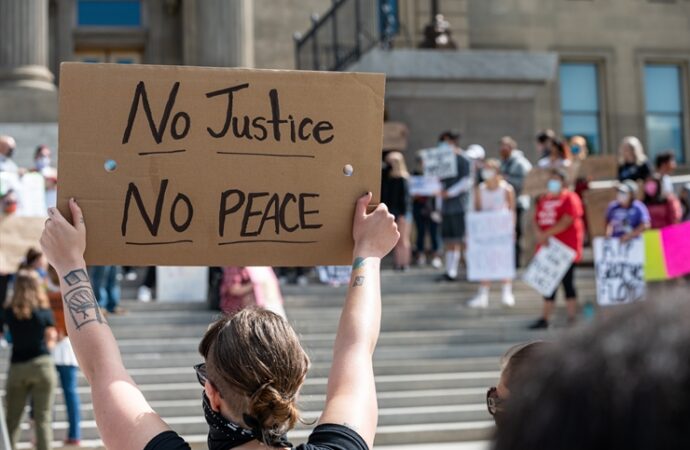 When is a law a law? The question seems simple enough, but things get complicated pretty quickly. We have our Constitution, of course. But we also have federal, state, county, and local laws, and then there are numerous federal, state, and local regulations that various bodies enact to carry out laws.

Think about that for a moment.

We are a far cry from where we started. In 1776, Tom Paine captured the American mind, asserting, “…in America the law is king. For as in absolute governments the King is law, so in free countries the law ought to be king; and there ought to be no other.”

We are so over-legislated at this point that Paine’s common sense observation is incomprehensible to us. But we do well to remember a time when the law was king, not the disaster it has become.

John Locke took up this question in 1689, when he concluded, “The legislative, or supreme authority, cannot assume to itself a power to rule by extemporary arbitrary decrees, but is bound to dispense justice, and decide the rights of the subject by promulgated standing laws.” For a law to be a law, it would have to be promulgated. A law is a law, according to Locke, only when the people subject to the law know the law. But if Americans don’t even know to how many laws they are subject – let alone what all those laws demand of them – that standard is not met. Not by a long shot.

The sorts of nations about which Paine and Locke wrote – nations of laws – require that the law be coherent and consistent. If we expect people to respect the rule of law, the law itself must be reasonable. This is true not only of each law individually, but also of the totality that emerges when the various laws interact. Every time a law appears to the people to be arbitrary, the entire system of laws is diminished in their eyes.

Given the events of the last few months, there can be little doubt that Americans’ respect for the rule of law is dissipating, and this is happening in no small part because inconsistencies in the law are becoming obvious.

Sadly, politicians seem not to have much interest in correcting our course. Instead, inconsistencies have begun to fester. Inconsistent laws have become the basis for inconsistent reasoning, which has begotten more inconsistent laws. This is not a new phenomenon. Our nation, founded on the concept of human equality, permitted the grossest of inconsistencies – slavery – to persist. We paid the price for that inconsistency in blood, and we nearly lost the nation itself in the bargain.

While no one issue today comes close to this, there are all manner of smaller inconsistencies that create a growing discontent and disrespect for the law among Americans.

Take, for example, Real ID laws. In 2005, Congress passed the Real ID Act to establish better standards for security authentication, and the issuing of personal identifications. Passed in response to 9/11, the law’s purpose was to guard against terrorism by ensuring that travelers are properly identified. Yet, in 2020, some fifteen years after the Real ID Act, Real ID compliant identification still isn’t required for boarding an airplane in the U.S. That will change in October*, if Congress doesn’t extend the deadline – as it has multiple times in the past.

Here, one of two things is true. Either Real ID compliant identification is important to our safety, or it isn’t. If it is, then we should have switched immediately. If it isn’t, then the law is merely costing us time, money, and aggravation. What’s inconsistent is to claim that the law is necessary for our safety, and then to delay implementation for almost two decades.

TSA regulations, again in the name of security, restrict the size of liquid containers that may be brought on board aircraft. Passengers caught with over-sized containers are required to throw them in a trash can located at the security checkpoint. If over-sized liquids are a danger, they should be disposed of in a secure location, away from people. If they aren’t a danger, the TSA is simply wasting people’s time and causing aggravation by collecting them. The rule is inconsistent with the rule’s implementation.

Pro-tax politicians routinely claim that increases in the income tax won’t diminish workers’ incentives to work. Yet many of those same politicians claim that taxes on cigarettes and sugary drinks are needed to dissuade people from consuming those things. Which is it? Either people alter their behavior in response to taxes or they don’t.

Governor Cuomo recently issued emergency orders that New Yorkers must wear face masks in public, practice social distancing, and self-quarantine when they return to New York from various high-risk states. The Governor managed to violate all three of his own rules recently on a trip to Savannah. A private citizen who behaves contrary to his own rules is merely a hypocrite. But when an elected official does so, it sends a message to the people. It tells them the official’s orders just aren’t that important.

Officials in Nevada, in the name of protecting people from COVID-19, supported a 50 person cap on worship services, but a 50 percent capacity cap for casinos and restaurants. The effect is to allow a casino with a 1,000 person capacity to admit 500 people, but a church with a 1,000 person capacity to admit only 50. Either a gathering of a certain size is dangerous or it isn’t. Whether one is praying for luck or praying for salvation shouldn’t matter. This difference in treatment is inconsistent in its own right, but when the U.S. Supreme Court recently upheld the inconsistency, it created a new and more dangerous one.

The Constitution specifically protects religious practice from government interference. It offers no such protection for gambling. In upholding Nevada’s law, the Supreme Court took a law that created an inconsistency in how it treated gatherings and elevated it to a law that was inconsistent with the plain words of the Constitution.

In response to COVID-19, the government has suspended all manner of rules and regulations originally enacted for public safety. To encourage telemedicine, the Department of Health and Human Services suspended rules requiring medical professionals to have separate licenses to practice medicine in multiple states. The Food and Drug Administration relaxed regulations in order to allow companies producing COVID-19 test kits to get the kits to market faster. The Department of Transportation suspended rules limiting the number of hours truckers could drive per day so as to get products to markets faster. It’s inconsistent that the government would find it necessary to suspend rules enacted for our safety in order to make us safer. Either the suspension is not making us safer, or the suspended rules weren’t making us safe to begin with.

When the law becomes incomprehensible and inconsistent, people lose faith in both the law and government institutions that secure it. This may go a long way toward explaining the growing political animosity of the past decades. In ceasing to be a nation of laws, we have become instead a nation of lawmakers. If the law is to be king, it must speak in a clear and consistent voice. And if that can’t happen, it should say as little as possible.