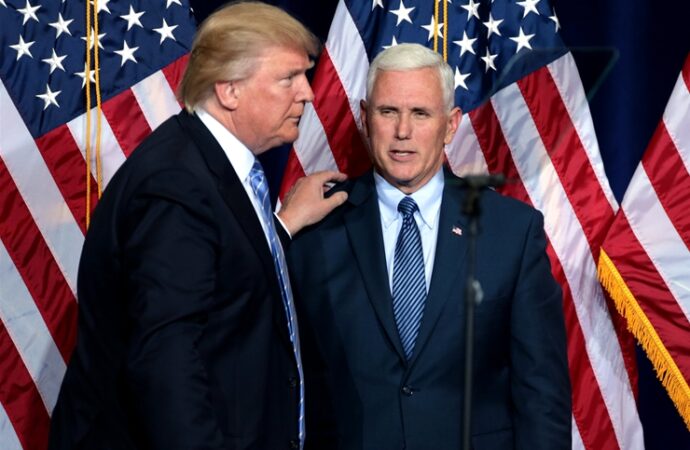 I spent last week in Washington, D.C. with veteran teacher and author, Rebecca Friedrichs. She spoke at the RNC convention about the connection between powerful teachers’ unions, and the aggressive indoctrination of children, resulting in an increasingly uncivil political discourse and chaotic culture. Her warning words soon seemed prophetic.

The nation’s capital, like a lot of American cities this August, felt like a Twilight Zone: no tourists, stores closed, everyone in masks. Although we felt perfectly safe, walking around the District was different this time. For example, St. John’s Episcopal, a once-lovely historic church, now features fenced blockades and boarded-up windows, perhaps because BLM leader Shaun King called for the destruction of stained-glass windows and statues depicting Jesus as white. The church, which has BLM signs on it, has been defecated and urinated on by protesters. Other barricades around town made D.C. look a bit like a war zone.

By Thursday, the war zone aura spread to our hotel. We were advised to stay inside on Friday as there was a march planned to coincide with the anniversary of MLK’s “I Have a Dream” speech. Mayhem stoked by the tragedies in Kenosha was expected – the security team was not worried by the thousands of people expected for the march, but by anarchists and thugs that sometimes accompany peaceful gatherings.

Early Thursday evening, I ventured out for a walk. There were police and private security guards on every corner; police cars began to cordon off the area around the White House including our hotel. Businesses were throwing up plywood over plate glass windows.

When I got back, there were lots of people checking into the hotel carrying signs and wearing “protest” t-shirts, often BLM-related. One white guy had a purple T-shirt that said “Black Lives Matter More Than White Feelings.” He snarled at me when I stopped to read it.

We were confined to our room that night. About an hour before the president gave his acceptance speech, we heard loud music and voices from the street. We looked down and saw a band on a large flatbed truck, followed by a school bus with signs saying, “Power2thePeople” and “Black Lives Matter” on top. I am not sure how they got onto the street, but the goal was clear: disrupt the president’s speech.

We soon retired to bed, hoping for a good night’s sleep. Just blocks away BLM and Antifa were harassing and assaulting people – white and black, young and old.

We were startled awake by a riot at 1:30 AM. The street was mostly clear, though it sounded like the noise was coming from directly below us. Both ends of the street were filled with police vehicles. A few people were taken into custody and several well-dressed couples looked unsure of where to go. Suddenly about 20 police officers in riot helmets came flying around the corner and headed up the street. The real action was out of view, but it was loud, vibrating the windows just as the fireworks had done earlier.

Walking around Friday morning, I found the hotel lobby and the streets filled with many people wearing BLM t-shirts headed to the Mall. It was energized but orderly. As one woman said, “The people who are coming to the march are not the same people who terrorized and destroyed the city…The people that cause the damage ain’t us.” Unfortunately, both seem to march under the mantle of BLM.

Who is Black Lives Matter? The good people on the Mall were mostly black, taking pictures, excited to be in D.C. and part of a movement. There were also earnest-looking white people, some with kids in tow. But then there are “the people who terrorize and destroy.” How are we supposed to know who is who?

Thinking individuals would do well to research the BLM organization – and demand that our school boards do the same. The founders of BLM describe themselves as “trained Marxists.” They want to destroy marriage, the nuclear family, and tear us apart so they can radically transform America. They encourage hate and division rather than peace. They are unhappy but very effective people.

Which takes me back to Rebecca’s speech: Teachers are forced to teach children how to raise a fist against America’s founding. America, they are taught, is structurally racist, sexist, homophobic, Islamophobic, and so on. Curriculum based on the Marxist 1619 Project and the BLM movement has been in public schools for years, but now it’s “mainstream.” Teachers’ unions are the driving force.

These lies are the source of “woke” insanity – it does not start at college. It starts in pre-school.

Ask your school district for the curriculum if you have a hard time believing this. Check on the content of “sex ed” while you are at it. Children are not just learning the basics about sex; they are learning how to do it and a whole lot more. Why are we giving these unhappy radicals access to our kids?

Late Friday afternoon, a heavy thunderstorm moved across the city, bringing lightning and flash floods. The police were visibly relieved, knowing that protesters and thugs do not like rain.

Unfortunately, it will take more than a thunderstorm to clear young minds of the Marxist ideology that is fueling the riots and violence of our new and improved woke society.