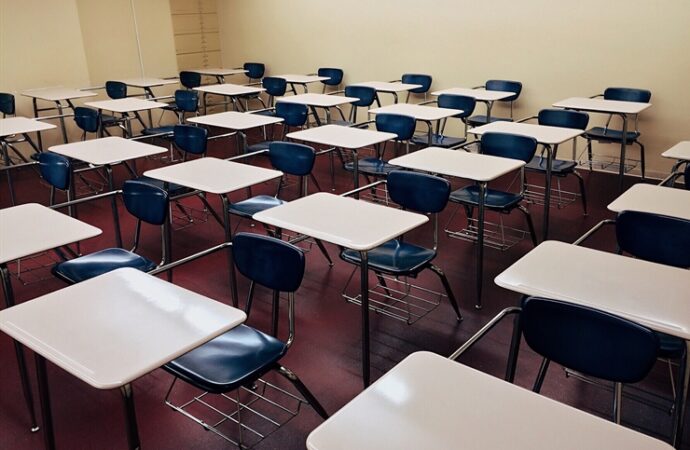 Yet, that’s exactly what we’re seeing from some public school districts. They refuse to open their doors for in-person learning – citing safety risks – but they are able to open these same school buildings to charge overworked and tired parents for day care.

This is double-dipping into parents’ pocketbooks, and it likely runs afoul of state constitutions.

Even though they are not offering in-person instruction, parents (and all taxpayers) are required to pay taxes to pay for district schools. As frustrating as that may be for parents, some districts – including Fairfax County, Virginia; Howard County, Maryland; Gilbert, Arizona; and Durham, North Carolina – have decided to open up classrooms to groups of children, basically providing day care.

The kicker? Parents must pay the public school to participate in these custodial programs.

Howard County’s program costs $325 per week, per student; Gilbert’s, $160 per week. Durham, which is reopening public schools as “learning centers,” is charging families $140 per child, per week.

Fairfax is finalizing what it plans to charge, but the local ABC affiliate reported that families would be charged on a sliding scale, up to $1,472 per child per month.

School districts created this artificial demand by keeping schools closed, and now districts are providing a “solution” that costs Americans more money. Districts effectively are double-dipping, enjoying tax revenue (despite being closed) and forcing families to fork over hundreds of dollars per week for child care.

That’s profiting off the backs of parents who have already paid for “free” public schools. It also begs the question: If unions and district officials say it’s not safe to open schools for learning, why is it safe to open them for custodial care of students?

And it may run afoul of state law.

For example, as the Reason Foundation’s Corey DeAngelis points out, the Virginia Constitution reads: “The General Assembly shall provide for a system of free public elementary and secondary schools for all children of school age throughout the Commonwealth.”

Charging between $140 and $325 per child, per week – the equivalent of $5,000 to $11,700 for 36 weeks of schooling – is a far cry from “free,” particularly when it comes on top of what families already are paying for these schools in taxes. Not that public schools are actually free in nonpandemic times either; they are simply free at the point of delivery.

In Fairfax County, which largely has failed to provide students any meaningful instruction or content online during the COVID-19 pandemic, local revenue ($10,791) added to state revenue ($3,242) means parents are financing more than $14,000 in revenue per pupil, per year, not including federal funding.

Now the Fairfax school district is asking upward of an additional $13,000 to look after students while refusing to provide academic instruction this year.

Instead of creatively figuring out new ways to tax their residents, school districts actually should help parents navigate the disruption they are facing from the pandemic. At the same time, state lawmakers should free up existing education dollars to follow students instead of school buildings they can’t access unless they pay even more money.

Taxpayers spend more than $700 billion annually on K-12 public schools. States should free up their share of those existing education dollars to follow students to learning options of choice, including pandemic pods, which provide instruction, care, and socialization for students.

States should immediately provide education savings accounts to all families funded with 90 percent of what the state would have spent on the child in the public school system.

Families currently are unable to access the public school they rely on and that they fund as taxpayers. Rather than districts’ double-charging families for what are supposed to be “free” public schools, states immediately should make education dollars student-centered and portable in the form of education savings accounts. That would allow families to control existing funding, and direct it to learning options – in-person, hybrid, or virtual – that are the right fit for their children.

And it would put an end to district double-dipping.