Retreat Is Not an Option 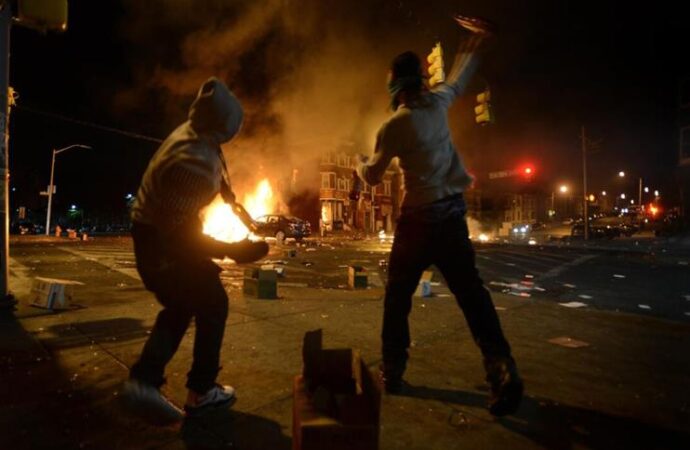 In 2018, Rod Dreher published The Benedict Option: A Strategy for Christians Living in a Post-Christian World. In it, he argued that Christians needed to recognize that this is a post-Christian society, and that they should withdraw as much as possible from it and build up private Christian communities. His inspiration for this concept is Saint Benedict of Nursia, who founded 12 different communities for monks, which became repositories of learning and civilization during the barbarism that ensued after the collapse of the Roman Empire.

Ayn Rand, in 1957, suggested something similar in Atlas Shrugged. She too, foresaw a sclerotic and decadent United States in which individualism, excellence, and market forces were subjected to collectivist views of equity and “fairness.” She envisioned the creative and business geniuses of America withdrawing to a valley called Galt’s Gulch and going on strike.

There is something deeply attractive about withdrawing from a sick culture and society. Why bother with people who do not share your values and don’t understand or appreciate your point of view? Countries rise and fall all of the time. Many mainstream Americans are well-off and do not want to rock the boat in any way. Maybe the storm will burn itself out and Christianity, constitutionalism, and the American Dream will make a comeback organically.

But there is no remote monastery. There is no Galt’s Gulch. Rather, choosing the Benedict Option ultimately leads to destruction, marginalization, ridicule, or silence – because for the Left, Christians, conservatives, and mainstream Americans in general are the enemy. As long as America is committed to liberty and has a robust middle class, it will naturally oppose statism, crony capitalism, and corruption. It will inherently oppose unchecked power.

Instead of the Benedict Option, mainstream Americans who are interested in preserving their country should consider the “Samuel Adams Option.”

In the 1760s, the British Empire was the most powerful political and military force in the western world. The British navy, treasury, and technology were second to none. Like an anaconda, the king and parliament were slowly strangling the rights of the colonists, reducing them to second-class citizen status with their restrictions on American commerce, currency, and self-determination. They were aided and abetted by up to 30 percent of the colonists who called themselves Tories.

So what did Samuel Adams and other patriots do?

The conditions are not exactly the same today. Instead of a monarchy, the radical leftist ideology that has swept through the commanding heights of academia, Hollywood, the media, and big business basically aspires to establish what Tocqueville might have called a “soft despotism” through one-party rule.

Peter Leyden and Ruy Teixeira in 2018 outlined the idea of emulating California’s Democratic super-majority across the country. The project is incomplete, but the country has moved from its historic center-right orientation to one where conservative students in even a historically conservative state such as North Carolina feel the need to self-censor. Americans have to realize they are facing a different kind of anaconda.

The Samuel Adams Option has to be deployed at the ideological level first. The injustices and undermining of liberty of the Leftist Establishment have to be exposed, documented, and circulated. This entails that the manipulative Orwellian use of language and framing of the Left needs to be rejected and confronted. Concepts like “privilege,” “love,” “racism,” and “sexism,” have been weaponized. Instead of being defensive, mainstream Americans have to push back on leftists to prove their ideas will actually improve society. It is the leftists who are seeking to undermine the intellectual engines that have made the United States the greatest country in the world today.

If America is going to be free, the leftist grip on education through the teachers’ unions, Hollywood, the media, and the human resources departments of almost every major corporation needs to be broken. In some cases, this may mean the creation of new institutions and new businesses. In others, it may be through the application of antitrust law. In still others, it may be by creating a consumer union, using research by groups like Second Vote.

The comedian Greg Gutfeld recently summarized the need to confront, band together, and retaliate against leftist media trolls, not just out of self-defense, but as a matter of setting the record straight and pushing back against injustice. For too long, mainstream Americans who just want to go about their daily lives, do their jobs, love their families, practice their faith, and enjoy the blessings of this country have ignored the warning signs. They have been confused by leftists masquerading as liberals, and they have not realized that they have been targeted, manipulated, and divided in order to advance an ideology designed to transfer power and control from the people according to the dictates of an unaccountable leftist establishment.

The time has come to wake up. Know your enemy. Retreat is not an option. Choose the Samuel Adams Option and fight back – intelligently.