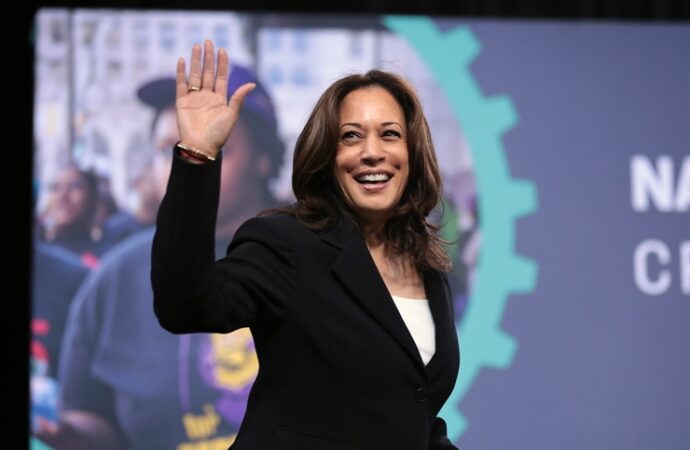 When Joe Biden and crew were seeking a vice-presidential candidate for the ticket, Biden stipulated that he would only look at women of color.

A curious voter might ask: Isn’t such a requirement sexist and racist?

Suppose you were running for president. You appear on national television and state you would only accept a white male as your running mate.

Whatever happened to merit in politics?

The same could be asked of our colleges and universities. Should they admit students based on ethnicity or on academic excellence? In a 2019 poll, a majority of Americans of all races thought merit should determine who gains entrance to college. So is race a factor for an admissions committee at Harvard, Princeton, or the University of Virginia when choosing students to accept to their institutions? If not, then why ask for a person’s ethnicity on the application?

Sometimes we seem more concerned about the color of a person’s skin than their talents. Let’s say the media does a story on a seven-person corporate board in Silicon Valley, one of whom is Hispanic, another female, and the other five are white males. Immediately, some critics point to this disparity as an injustice, a clear example of racism on the part of the company, despite its talents and gifts. Are these finger-pointers correct? Should we always aim for racial balance in our schools, our companies, and our government? Should we, like Joe Biden, disregard merit?

If so, let’s talk about the National Basketball Association.

Depending on which site you want to believe, NBA players are 75-80 percent black, yet African Americans make up only about 13 percent of our population. Non-Hispanic whites in the United States comprise about 63 percent of the population, Hispanics about 15 percent.

So why does the NBA permit this disparity among the races? Is this not systemic racism? Shouldn’t at least half the players on professional basketball teams be whites? Shouldn’t more Hispanics be drilling in three pointers and making layups?

The best players make the cut. You’d be a fool if as an owner or a coach you put skin color above talent. Your team would be, and would deserve to be, a joke.

Take another example, this time from baseball: Jackie Robinson broke the color barrier in major league baseball, yes, but he was also a fantastic player who never gave up, never quit learning the game, and as a consequence won all sorts of honors as well as victories for his team.

The Ancient Greeks honored the idea of merit as Arete, which to them meant the practice of excellence in skills and the fulfillment of potential. Those NBA players, people like Jackie Robinson, writers and actors, bricklayers and plumbers, cooks and janitors: the best of the best bring excellence to the work they do, and we value them for their skills, dedication, and service.

This past weekend, I visited with a friend’s brother, who teaches at an elite private academy in Northern Virginia. He has served this school for a quarter of a century, and though its students enter prestigious colleges and universities, he bemoaned the fact that the school had lost its ability to instill this ideal of personal excellence in its students. The dress code has disappeared, the honor code is little more than a joke, and the students, nearly all of whom come from wealthy families, frequently disrespect the faculty or complain about their grades, calling on the firepower of mommy and daddy to bolster their case. Political correctness is rampant, meaning faculty and staff must guard every word they utter.

“The place has lost its soul,” the man said. “Once we were building adults for the real world. That’s gone.”

To build adults, we should be teaching children that their skin pigmentation means nothing compared to merit and excellence. Instilling that idea in them begins by teaching them the classic virtues – wisdom, justice, courage, and moderation – just as we teach them algebra, chemistry, and French. We can pass those virtues to them through the traditional study of the literature, history, and philosophy of Western civilization. For such an endeavor, we have at hand 3,000 years of resources, ranging from Aesop and Marcus Aurelius, to Jane Austen and Booker T. Washington.

Whether they attend that private academy or a public school in Chicago’s South Side, all too many of today’s students are unmoored frigates, adrift with no real sense of a moral code, awash in a sea of rhetoric about race and sex, seeking wealth and all the “good things” of life without offering the sacrifice those things require. They lack the ballast of the virtues and Arete.

Time to give them a compass and hoist the sails.