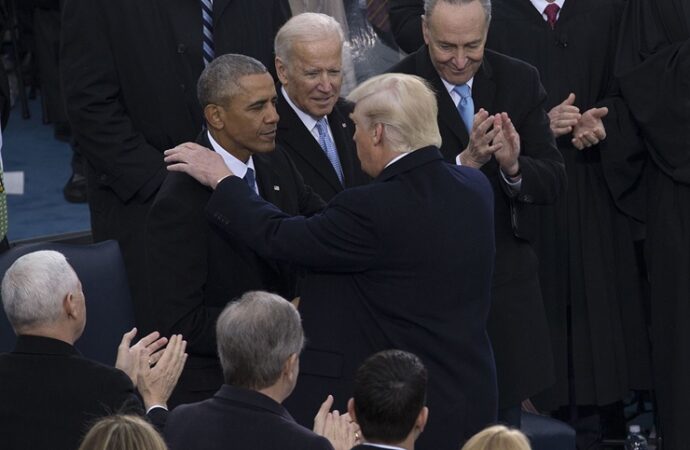 Have you seen the polls lately? I’m referring to those surveys which the media tout as predictors of how Donald Trump will fare in the November election. If you look at these polls and support the President’s reelection bid, a feeling of doom and gloom has probably set in.

If this is how you feel, I have two words of advice: chill out. One can always refer as counterevidence to the 2016 presidential election cycle, in which Trump won despite the depressingly bad polls. Many of the opinion surveys, which claim to be objective and methodologically sound, are, in fact, manipulated to discourage Trump voters from going to the polls. Moreover, polls showing Trump and his party falling into a bottomless pit are the most likely to attract media attention.

Instead, establishment news sources promoted an NBC/WSJ poll. This survey indicates it may be curtains for The Donald: he trails Biden by 11 points while 50 percent of Americans strongly disapprove of him. But something else should be noted here: Democrats were said to comprise 43 percent of the electorate, while Republicans were only 36 percent, according to Rasmussen. According to the National Voter File (see its methodology here), put together in mid-June by Richard Baris of “People’s Pundit Daily,” however, Democrats account for 36 percent of registered voters, outnumbering Republicans by only four percentage points.

Perhaps even more significantly, NBC and The Wall Street Journal used registered, as opposed to likely, voters in their survey. What does this mean? “(T)he larger the franchise, generally the better the Democrat does,” Patrick Basham, who runs the only poll to forecast a positive outcome for Brexit and Trump in the ‘16 election, just told me: “The wider you cast your net as a pollster, and go beyond likely voters, the more likely you are going to encounter Democrats or people who are more inclined to vote that way.” What is the point of surveying people who are simply not going to vote?”

As for the NBC/WSJ poll, their survey was conducted by Hart Research Associates, which polled for the same clients in ’16. HRA’s president is Geoff Garin, who was the pollster and strategic advisor for Priorities USA, a key pro-Barack Obama super PAC, in 2012. Garin did similar work for this super PAC four years later. Today we learn from HRA’s website that “(l)eading progressive organizations, including Planned Parenthood Federation of America, the League of Conservation Voters, and the Center for American Progress, rely on Mr. Garin for strategic research and analysis.” At the very least this should raise red flags about the pollster’s objectivity.

According to M. Joseph Sheppard, who tracks skewed surveying at his blog “Recovering Liberal,” HRA typically gives Democrats a four-point lead over Republicans. This is perfectly reasonable, given evidence from the National Voter File. However, when HRA polls for NBC and the WSJ, the Democratic advantage is inflated to seven points. Given this over-sampling of Democrats, and the Democratic activists used to conduct and assess polls, why would we expect better results for any Republican, let alone Donald Trump? By taking seriously the numbers provided by NBC and the WSJ, which came by way of HRA, we are ascribing a degree of credibility to these pollsters that they simply do not deserve.

Expect much the same results for Trump from new polling by NBC and the WSJ. Equally questionable is a new poll done by Quinnipiac University (see its methodology here), showing the President losing to Biden by a staggering 15-point margin. Quinnipiac obtained these results via undersampling Republicans by eight points. We should be aware that many polls engage in such biased surveying.

Hard as it may be for some Republicans to accept, Fox News is one of those groups that engages in flawed polling. It contracts with Daron Shaw, a Republican who opposed Trump in the ’16 primaries, and Anderson Robbins Research, a Democratic polling outfit. Consider that Fox News showed Biden with a double-digit lead (see its methodology here) weeks before NBC/WSJ and Quinnipiac released their surveys. Four years ago, Fox News featured a 10-point lead for Hillary Clinton (with same methodology that it uses today); this closed to two points by early November. Was the electorate so elastic that it underwent near-10-point change in a matter of weeks? Fox News also showed Republicans losing not only the governorship, but the U.S. Senate race in Kansas during the 2014 midterms (on the basis of the same methodology that it continues to apply). The Republican gubernatorial nominee won by four points while the GOP’s senatorial candidate achieved an 11-point victory.

In 1980, almost up to the day of the election, pollsters showed Ronald Reagan trailing Jimmy Carter by six to eight points in the presidential race. As is now common knowledge, Reagan and the GOP won that year in a wipeout.