The American Revolution Occurred in the Middle of a Pandemic 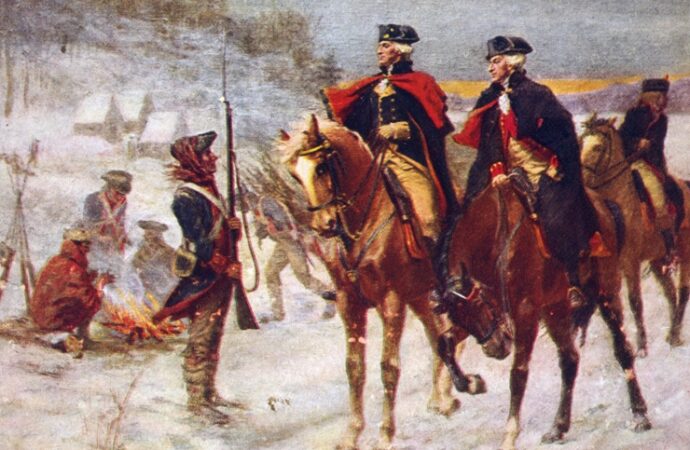 One of the most marvelous books I’ve read this year is Donald Henderson’s personal story of the eradication of smallpox. The book is Smallpox: The Death of a Disease: The Inside Story of Eradicating a Worldwide Killer. It’s a brilliant and thrilling adventure story by a man who worked his entire life to make the world a better place. He was also the author (with others) of a mighty treatise against lockdowns that appears at AIER. He died in 2016, which is tragic because we could have used his wisdom in these crazy times.

Smallpox is unknown to the current generation precisely because of Henderson’s incredible work. It’s a wicked disease. One in three who get it die. Many are left with lifetime scars. It’s horrid. In the entire centuries-old battle against it, however, no one ever imagined that lockdowns had anything to contribute to its management. What eradicated this horror was a serious effort on the part of medical professionals.

Smallpox was a huge player during the American Revolution. It was generally a greater threat to the troops than foreign armies. Every commanding officer had to deal with the problem. Many soldiers were so passionate about fighting that they inoculated themselves in secret and at great risk. Absolutely terrifying.

Here we are today celebrating this Revolution while an entire nation cowers in fear of a virus that is hardly a threat at all to 99.5 percent of the population while the average age of death is two to four years longer than the average lifespan. There is not a single verified case of reinfection in the world, which implies that the immunities are easily acquired and sustained so far.

For soldiers in the Revolutionary War, COVID-19 would have been hardly noticed. Instead they dealt with something far more ghastly. And yet they fought. For freedom.

Here is the story in brief from ArmyHeritage.org:

During the Revolutionary War, one of the greatest threats to the Army came not from enemy bullets, but from disease. Perhaps the most dreaded disease was smallpox, caused by a virus that kills one out of every three infected people. Because smallpox was common in England, most British soldiers had already been exposed and were immune, but the disease was less common in America and the average Continental Soldier was not.

As early as 1775, General George Washington knew smallpox was a serious problem for his Army. Throughout the fall and into the winter of 1775, an outbreak raged in the city of Boston. Rumors abounded that the British were deliberately spreading the disease. When the British finally evacuated Boston in March 1776, only Soldiers who had already had the disease were allowed into the city. Washington ordered his doctors to keep a sharp watch for smallpox and to send infected men to the isolation hospital immediately.

Washington faced a difficult choice: whether or not to inoculate his Army. Inoculated Soldiers would develop a mild case of the disease which most would survive. They would then be immune. His other option was to do nothing other than isolate and treat the sick and hope the Army avoided a major outbreak. There were three problems with inoculation. The first was that inoculated Soldiers could transmit smallpox until fully recovered, so an inoculation program could trigger an uncontrollable epidemic. Secondly, the inoculated Soldiers would be unfit for duty for weeks while recovering, and as many as 2% of his Soldiers could die. If the British attacked while the men were out of commission the Army could be destroyed. The third was that the inoculation process was simple enough that the men could do it themselves in secret.

Smallpox struck the Northern Army at Quebec, where many officers and men were secretly inoculating themselves, thus intensifying the epidemic. According to General Benedict Arnold, some 1,200 of the approximately 3,200 Continentals in the Montreal area were unfit for duty, most of them sick with smallpox. By the end of May 1776, the situation of Northern Department patients was ‘almost Sufficient to excite the pity of Brutes, Large barns [being] filled with men at the very height of smallpox and not the least things, to make them comfortable and medicines being needed at both Fort George and Ticonderoga.’

Smallpox threatened the destruction of the entire Army. Major General John Thomas, Commander of the Army in Quebec, died of smallpox. ‘The smallpox,’ mourned John Adams, ‘is ten times more terrible than Britons, Canadians and Indians, together.’ By mid-July 1776, an estimated three thousand men of the Northern Army were sick, most with smallpox. Eventually the epidemic eased and General Gates wrote to Washington that ‘the Smallpox is now perfectly removed from the Army.’ What exactly occurred has been lost to history, but sources suggest that the Northern Army proceeded with an inoculation program without authorization.

This was a risky move. Until mid-1776, the only authorized preventative measure was isolation of the sick. Inoculation was forbidden, though many Soldiers secretly inoculated themselves. When Washington moved his Army to New York, he established a smallpox isolation hospital on an island in the East River and ordered a halt to all inoculations. The general warned that ‘any disobedience to this order will be most severely punished.’ The Continental Congress supported Washington, and when a private physician in the State of New York was caught inoculating soldiers he was jailed.

Despite these precautions, smallpox fear grew among the men of the Continental Army. Recruiting suffered, and by late June, official attitudes toward inoculation began to change. Despite precautions, the illness continued to spread. By August 1776, some troops were being inoculated in segregated camps.

Washington still feared triggering an epidemic, so he took careful precautions to ensure the isolation of soldiers undergoing inoculation, moving them out of Philadelphia and into nearby segregated hospitals. He suggested sheltering newly infected soldiers in houses in the remote countryside and urged that inoculated Soldiers remain in isolation until fully recovered, and then issued either new or ‘well washed, air’d and smoaked’ clothing. He recommended that the individual states immunize their recruits before sending them to join the Army.

In February 1777, while encamped at Morristown, Washington became convinced that only inoculation would prevent the destruction of his Army. Emphasizing the need for secrecy and speed, Washington ordered the inoculation of all troops. Because Virginia forbade inoculation, Washington asked Governor Patrick Henry to support the program, writing that smallpox ‘is more destructive to an Army in the Natural way, than the Enemy’s Sword.’

In the end, the gamble paid off. Fewer than 1% of the Soldiers died from being inoculated, and the program was so successful in controlling smallpox that he repeated it in the Valley Forge winter of 1778.