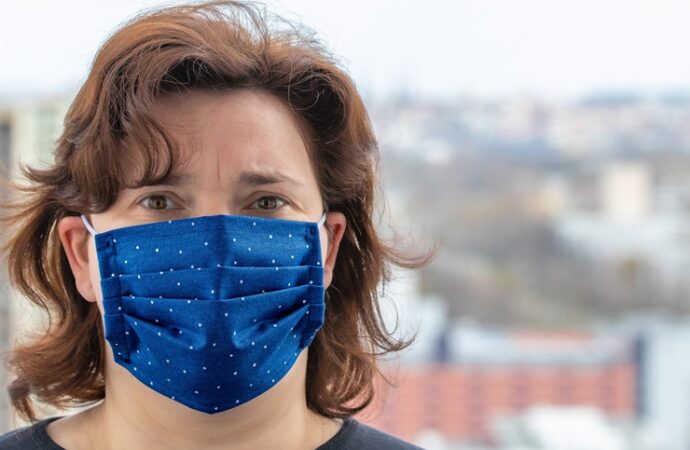 Many Americans remain terrified of COVID-19. The narrative of panic advanced by much of the news media fuels that feeling. In recent days, the focus has been on skyrocketing numbers of people testing positive for the coronavirus.

But there are very promising signs that the virus is burning itself out. After spiking earlier this year, death totals have fallen steadily – for 11 straight weeks, according to the federal Centers for Disease Control. While every death is sad, the curve reassuringly looks like charts of flu deaths in past years. Deadly viruses tend to strike hard, claim lives, and then mutate and weaken.

Another strange new process is playing out with the numbers. Hospitals looking for additional taxpayer dollars are going back and attributing additional deaths to COVID-19. Though the deaths may have occurred months ago, they are added to today’s numbers by such media operations as the COVID Tracking Project.

Other analysts, such as Twitter’s Kyle Lamb, have sought to calm fears by reassigning the new death numbers to the periods when the deaths actually occurred. Mr. Lamb’s work formed the basis of the chart above, created by Rhode Island epidemiologist and internist Andrew Bostom, who gave me scientific guidance on this piece.

“This is a huge scandal being ignored by the media,” Dr. Bostom says of adding supposed deaths from months earlier to inflate the latest statistics.

What We Now Know

The original lockdowns were supposedly designed to “flatten the curve” and prevent hospitals from being overrun, something that did not come close to happening. Initial projections of hospital use – even taking lockdowns into account – were wildly inflated.

Fortunately, though COVID-19 can be very nasty and deadly, months of experience have taught us it is not nearly as threatening as the anointed experts first assured us it would be. Treatments have also improved as clinicians have become more familiar with the disease.

Most notably, we now know, the virus does not affect the whole population equally. About 80 percent of deaths occur in 20 percent of the people. Those with challenged immunity systems, especially the old, are most at risk. It appears that over 90 percent of the populace shows minimal or no symptoms when infected. In my local state of Rhode Island, 80 percent of those who have died were nursing home residents.

It is even possible that, by shutting down schools, officials may have slowed the process of herd immunity that ultimately defeats viruses.

It is striking (and a great blessing) how little COVID-19 directly hurts children. Dr. Bostom notes that, over this year’s season, CDC data reveal the flu was five times deadlier to children aged 14 years old or younger than COVID-19. Children in school, it appears, would help build up society’s herd immunity to the virus in the safest manner possible.

While the media’s focus has been almost entirely on COVID-19 cases, few seem to be exploring the longtime impact of the novel social experiment of shutting down our society. How many small businesses, and the lives behind them, were destroyed? How much violence and despair have been fueled by preventing human beings – who are intensely social beings – from interacting? How badly have we damaged children, who need play and socialization to be happy and to grow? How many people will die because they could not seek medical attention for ailments, or feared to do so?

Why would many in the news media prefer a panic narrative to a more encouraging one?

Politics surely play into this as well. The mainstream media, which have dropped the cloak of objectivity that journalism once wore proudly, now overtly champion the Democratic Party. An aura of chaos and fear could be used to topple the incumbent party in the White House and the Senate.

If we can set politics aside, though, the science does not seem to support public terror and the need for new and damaging lockdowns. We should be careful, of course, and strive to protect the most vulnerable. But reason and perspective will be greater friends than panic in seeing us through this challenge.