It’s Time to Abolish the FBI 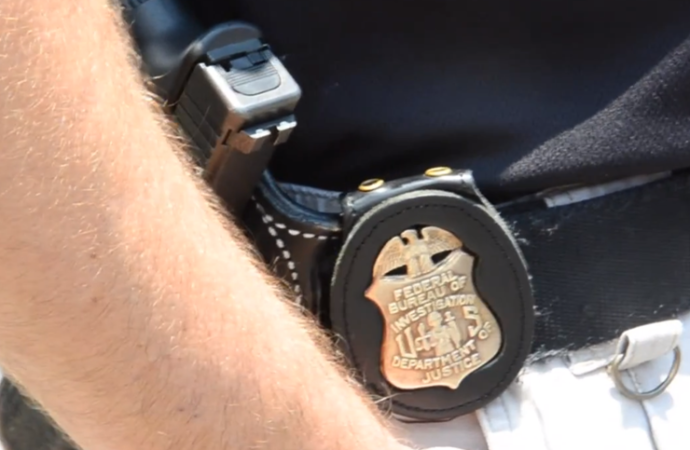 Now that a federal appellate court has ordered the dismissal of the case against Lieutenant General Michael Flynn, and outgoing intelligence chief Rick Grenell has released classified documents which cast the activities of the Federal Bureau of Investigation (FBI) in a horrendous light, the depth of corruption within our nation’s chief domestic intelligence agency is abundantly clear.

What should happen at this point is the de-authorization, termination, and abolishment of the FBI.

Then the United States should start all over with a newly authorized federal agency dedicated to punishing specific violations of federal law, but with its powers strictly curtailed, narrowly defined, and constantly regulated.

The FBI scandal was run off the front pages by George Floyd’s death and the resulting nationwide demonstrations and violent riots. But the underlying corruption remains and it will not go away until it’s addressed. The present FBI has become a mafioso-like arm of the administrative and managerial state. It is an active agent in the continuing manipulation by the established power elites to both control the nation and to snuff out any hint of serious opposition.

The outrageous case of Lt. Gen. Flynn should be abundant proof enough. What the poisonous hands of our intelligence agencies did to this honored military leader with a distinguished and unblemished record cries out for swift redress and firm justice.  They zeroed-in on him even after a thorough investigation came up totally empty and attempted to entrap him into making false statements. They effectively held his son hostage, compelling him to confess to something he never did. They forbade him legal counsel in a kind of “star chamber” procedure, used the legal bureaucracy to forcibly bankrupt him, and refused to release documents that would have exonerated him. Many FBI head honchos merit stiff jail sentences and time pounding rocks.

What happened to Lt. Gen. Flynn is emblematic of what our intelligence agencies have become in recent years: dutiful minions, apparatchiks of the elites who control this nation, of the permanent managerial bureaucracy that strives to remain unseen. This force of the State has for the last 75 years increasingly exerted its influence and control over us all, allegedly in the name of our protecting our democracy.

Is anyone in America safe from government overreach?

Beginning in the 1980s, the late scholar Dr. Sam Francis wrote impressively and presciently on what was occurring in America and just how our country, founded on delicately balanced principles of constitutional federalism, was sliding into what can only be termed a kind of soft totalitarianism. Inspired by the works of James Burnham, including The Managerial Revolution (1941) and Suicide of the West (1964), Francis described the utter inversion of the republicanism and liberty envisaged and so earnestly desired by the Framers.

Francis’s books, including Power and History: The Political Thought of James Burnham (1984), Revolution from the Middle (1997) and most incisively and completely, his posthumous magnum opus, Leviathan and Its Enemies (2016), repay close reading and study for what they said back then about where we are and have gotten to now.

Popular Fox News host Tucker Carlson in a sense takes up where Francis and Burnham left on, in his bestselling book Ship of Fools: How a Selfish Ruling Class Is Bringing America to the Brink of Revolution (2018), as well as in his on-air commentaries of what happened to Lt. Gen. Flynn. Carlson has helped to document what our government is capable of doing to each and every one of us if we get out of line or become a bit uppity by challenging the powers-that-be within the Deep State.

The Department of Justice decision to drop charges against Lt. Gen. Flynn and the action of the appellate court are good things, but in context only small events, small setbacks for the managerial Deep State elites. The charges were never in the slightest supported by the facts, but were strictly political and punitive, aimed indirectly at President Trump. We are perilously close to losing all our God-given liberties. And, of course, all in the “name of our democracy,” as House Speaker Nancy Pelosi often intones.

But that “democracy” has come to resemble more the authoritarian “peoples’ democracy” of Communist China, or the “democracy” of the old German Democratic Republic. It’s an immense charade masked by a deceptive façade, a smiling face cast in stone ready to shut you down or make you disappear if you challenge its unrelenting rule from above.