Back to School? ‘No Thanks’ Say Millions of New Homeschoolers 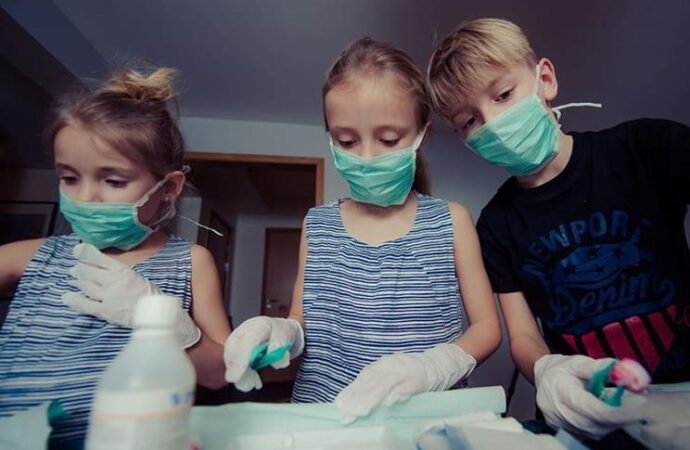 Next month marks the beginning of the 2020/2021 academic year in several U.S. states, and pressure is mounting to reopen schools even as the COVID-19 pandemic persists. Florida, for example, is now considered the nation’s No. 1 hot spot for the virus; yet on Monday, the state’s education commissioner issued an executive order mandating that all Florida schools open in August with in-person learning and their full suite of student services.

Many parents are balking at back-to-school, choosing instead to homeschool their children this fall.

Gratefully, this virus seems to be sparing most children, and prominent medical organizations such as the American Academy of Pediatrics have urged schools to reopen this fall with in-person learning. For some parents, fear of the virus itself is a primary consideration in delaying a child’s return to school, especially if the child has direct contact with individuals who are most vulnerable to COVID-19’s worst effects.

But for many parents, it’s not the virus they are avoiding by keeping their children home – it’s the response to the virus.

In May, the U.S. Centers for Disease Control and Prevention (CDC) issued school reopening guidelines that called for:

School districts across the country quickly adopted the CDC’s guidelines, devising their reopening plans accordingly. Once parents got wind of what the upcoming school-year would look like, including the real possibility that at any time schools could be shut down again due to virus spikes, they started exploring other options.

For Florida mother, Rachael Cohen, these social distancing expectations and pandemic response measures prompted her to commit to homeschooling her three children, ages 13, 8, and 5, this fall.

“Mandated masks, as well as rigid and arbitrary rules and requirements regarding the use and location of their bodies, will serve to dehumanize, disconnect, and intimidate students,” Cohen told me in a recent interview.

She is endeavoring to expand schooling alternatives in her area and is currently working to create a self-directed learning community for local homeschoolers that emphasizes nature-based, experiential education. “There is quite a lot of interest,” she says.

While some of these parents may opt for an online version of school-at-home tied to their district, many states are seeing a surge in the number of parents withdrawing their children from school in favor of independent homeschooling. From coast to coast, and everywhere in between, more parents are opting out of conventional schooling this year, citing onerous social distancing requirements as a primary reason.

Indeed, so many parents submitted notices of intent to homeschool in North Carolina last week that it crashed the state’s nonpublic education website.

Other parents are choosing to delay their children’s school enrollment, with school districts across the country reporting lower than average kindergarten registration numbers this summer.

School officials are cracking down in response.

Concerned about declining enrollments and parents reassuming control over their children’s education, some school districts are reportedly trying to block parents from removing their children from school for homeschooling.

In England, it’s even worse. Government officials there are so worried about parents refusing to send their children back to school this fall that the education secretary just announced fines for all families who keep their children home in violation of compulsory schooling laws. “We do have to get back into compulsory education and obviously fines sit alongside as part of that,” English secretary Gavin Williamson announced.

When school officials resort to force in order to ensure compliance, it should prompt parents to look more closely at their child’s overall learning environment. Parents have the utmost interest in ensuring their children’s well-being, both physically and emotionally, and their concerns and choices should be respected and honored.

After several months of learning at home with their children, parents may not be so willing to comply with district directives and may prefer other, more individualized education options. Pushed into homeschooling this spring by the pandemic, many parents are now going willingly, and eagerly, down this increasingly popular educational path.