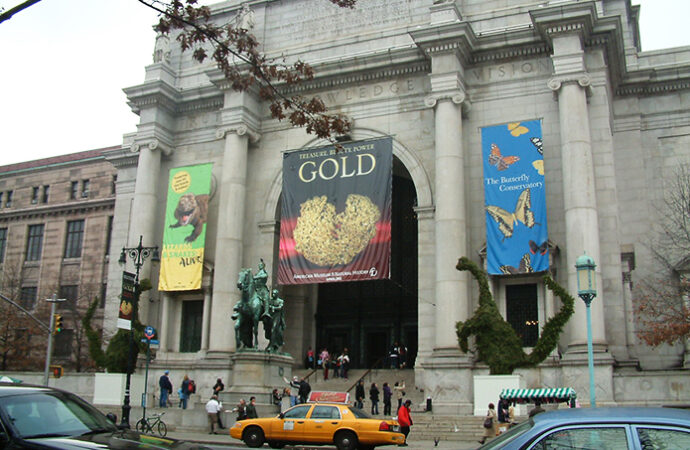 Identity politics has reached a new level of inanity. The latest demand calls for the abolition of, no, not law enforcement agencies, but museums.

“It’s critical that we move past identity politics,” Decolonize This Place organizer Marz Saffore told CNN, “It’s not enough to hire an Indigenous curator. It’s not enough to have one Black person on your board. Museums as we know them have to be abolished. I don’t want my voice to be added to museums that are often trophy cases for Imperialism.”

So we abolish these trophy cases of Imperialism. Where does that leave our nation’s children?

I know where it would have left me. As an example, Madison West High School taught me little to nothing about the Inuit peoples and their cultures. However, one afternoon in a museum in Anchorage, Alaska went a long way to filling some of that gap.

Frankly, there is simply not enough time in a student’s history class for him to learn all he ought to or wants to about even one or two topics throughout his K-12 career. Places like natural history museums offer an unparalleled opportunity for children to learn and experience a breadth of topics in a short time. Surely exposing children to many topics and cultures they’ve never have heard of is a good thing?

If progressives were honest about their goals regarding statues and museums, we would see their demands in a more sinister kind of light. Educational policy goals like these are simply incompatible with American values, and are in fact directly hostile to them.

“The theory that the proper subject matter of instruction is found in the culture-products of past ages… affords another instance of that divorce between the process and product of growth which has been criticized,” wrote John Dewey in his 1916 book Democracy and Education.

Dewey was a progressive education reformer, philosopher, and psychologist who identified himself as a democratic socialist. His prolific writing and career of advocacy left a profound impact on the American education system, the products of which we now see rioting in the streets and calling for the abolition of museums. In Dewey’s mind, education was not a place for people to learn about where they came from, it was a place to learn about how they might change society going forward.

In his chapter titled “Education as Conservative and Progressive” he continues:

“[A]n individual can live only in the present. The present is not just something which comes after the past; much less something produced by it. It is what life is in leaving the past behind it. The study of past products will not help us understand the present, because the present is not due to the products, but to the life of which they were the products. … And the mistake of making the records and remains of the past the main material of education is that it cuts the vital connection of present and past, and tends to make the past a rival of the present and the present a more or less futile imitation of the past.”

Here the lie of a progressive model of education is revealed. How can one actually believe that the present is not a product of the past? Do not the choices of individuals and groups build upon one another to create the conditions in which we currently live? Whether you think these conditions are good or bad is immaterial, it is a question of agency, both for ourselves and those who proceeded us.

If history does not matter in regard to our present conditions, then why does it matter at all? Who cares what history is presented, or in what matter it is presented? Surely museums provide no threat if, as Dewey argues, the “study of past products will not help us understand the present.”

Dewey concludes this chapter of his book by saying:

Here is where the progressive interest in education lies. There is no goal of using the facts of the past to inform reactions to present events. Education is but a tool to reshape the minds of the next generation, and by which to ensure their conformity to the progressive vision of what “the better hopes of men” actually entail, a vision which many people who actually study history understand is deeply flawed. It is the progressive educators who will decide what constitutes the “obvious social evils” which must be avoided, not the parents of said offspring. As such, traditional views on marriage, gender, the value of human life, and constitutional republicanism are all easily cast aside by those who control America’s classrooms.

The erasure of history is therefore a necessary step for the advancement of progressive causes, and museums must be abolished in order for society to advance in this regard. This is something Americans cannot allow to happen, for our educational system has already gone too far down Dewey’s pathway.