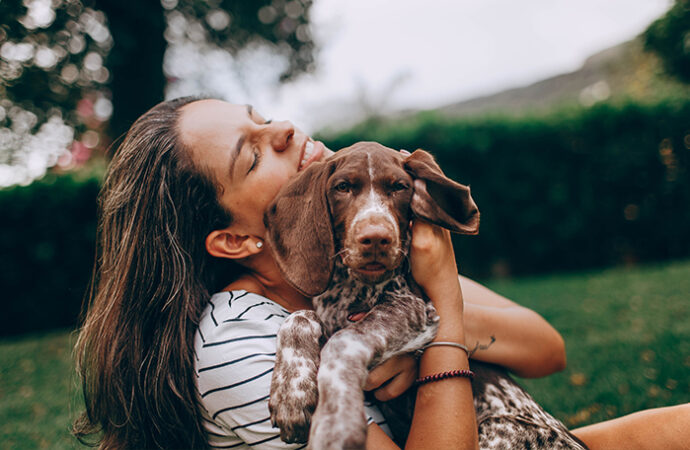 Between Coronavirus and the unrest beginning in Minneapolis, another news story briefly reared its head: the confrontation between dog owner Amy Cooper and bird watcher Christian Cooper (who are not related).

On social media, the story is being called #CentralParkKaren because of the “Karen” meme that refers to bossy white women.

Coverage of #CentralParkKaren has mainly focused on the racism that was exposed. That’s entirely appropriate. But there’s another angle that also deserves at least a mention: These types of confrontations are what happens in a society where dogs are treated like children.

On May 25, Amy Cooper was letting her dog run without a leash in a spot where leashes are required. According to a Facebook post by Christian Cooper, it was “tearing through the plantings in the Ramble”, an area in Central Park. This disrupted his bird watching, so he called her out on her rule breaking. She told him, “The dog runs are closed. He needs his exercise.”

Christian Cooper then said, “Look, if you’re going to do what you want, I’m going to do what I want, but you’re not going to like it.” He then proceeded to take out one of the “dog treats I carry for just for such intransigence” and also began filming her on his iPhone. He is black. She responded by calling the police and telling them, “There is an African American man. I am in Central Park. He is recording me and threatening myself and my dog.”

Some of the commentary on the incident has suggested that – while Amy Cooper’s racism is appalling – Christian Cooper was also out of line by “deciding to enforce park rules unilaterally and to punish ‘intransigence’ ruthlessly.” I disagree. He was completely right in the way he acted. Dog owners have gone too far and need to come back to reality.

We live in a society where adopting a dog instead of having children is presented in the media as a normal lifestyle choice. An article in The New York Post quotes a dog owner who says, “It’s just less work and, honestly, I have more time to go out. You… don’t have to get a baby sitter.”

Every Mother’s Day and Father’s Day, we see increasing numbers of tributes to “dog moms” or “dads of fur babies” on social media. Oprah Winfrey posted a photo on Instagram of a woman with a dog in a stroller with the caption, “Happy Mother’s Day to Mothers of all varieties of children!”

In my neighborhood, I regularly see dogs being pushed around in strollers. Once, I even saw a woman carrying a tiny dog in a sling like a baby. Dogs are kitted out in ribbons and frilly coats, even little shoes.

French author Michel Houellebecq observed, “The love of a dog is a pure thing. He gives you a trust which is total. You must not betray it.” Unfortunately, people like Amy Cooper seem to believe that means letting their dogs flout the rules.

Despite dog owners’ delusions, dogs are not the same as children – legally, ethically, or biologically. Rules requiring dogs to be leashed acknowledge that. These rules prioritize the needs of human beings over those of dogs, but that clearly sticks in some dog owners’ craws.

I’ve had run-ins with people like Amy Cooper. For example, I once took my baby daughter on a walk in a small park where dogs are required to be leashed. The park was full of other children playing, but one man was letting his dog run around unleashed. The dog ran over to us and started jumping up against my daughter in her stroller. She recoiled in fear. Then it jumped up against my legs. “Your dog is scaring my daughter!” I said. The man gave a patronizing chuckle and responded, “He is scaring the adult.”

Amy Cooper has been fired from her job and her dog has been taken away from her. Even Christian Cooper acknowledges that punishment is overly harsh.

Her racism is inexcusable, but it is also worth briefly noting that she should have simply leashed her dog in accordance with the park rules. No matter what popular culture tries to tell us, dogs are not the same as children.