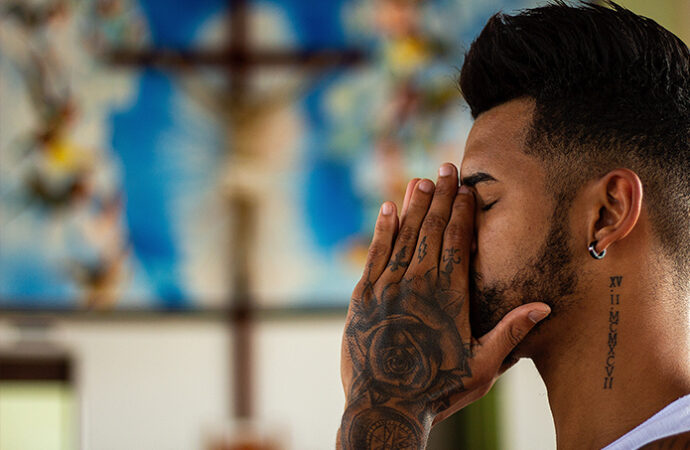 In his observations about 19th-century America, Alexis de Tocqueville pointed to religion as the first of the country’s political institutions – sweeping in its influence on our customs and powerful in its propensity to preempt and prevent tyranny.

Yet today, American religiosity is in decline. Weekly church attendance is trending downward, as is self-identification with a formal religion, denomination or belief system. The rise of the “nones” is increasing in speed and expanding in influence, replacing religious-cultural paradigms of old with a modern menu of personalized, à la carte “spiritualities.” Even where religiosity remains, it is often resistant or opposed to public expression, never mind institutional or cultural prominence.

We hear plenty of guesses as to why – with fingers pointing at everything from the temptations of modernity, to modern worship practices, to generational faults of among boomers, Gen Xers, millennials, etc. In a new study from the American Enterprise Institute, however, researcher Lyman Stone finds a different answer. After consolidating data from a 400-year period, he identifies “two compelling explanations: the expansion of secular education and the decline in marriage.”

More broadly, the study highlights historical trends in religious identification and participation, as well as new data on “religious language, religious baby names, the legal status of religion, and religious violence.” The result is a highly nuanced and compelling portrait of the ups-and-downs of American religiosity throughout its history, one that allows us to frame the significance of our modern moment and tailor our response accordingly.

“The present decline is striking in its speed and uniformity across different measures of religiosity,” Stone writes. “But a longer historical perspective suggests some caution in making overbold statements about what such a decline might portend.” For example, at America’s founding, we had lower rates of religious membership and attendance than we do today. If we were to look to those measures alone, Stone observes, “America today is more religious than it was two centuries ago—and indeed at any point between 1750 and 1930.”

If we look at the bigger picture, however, the trends toward “secularization” are notably new, mostly due to the rise of those who do not identify with any particular religion or organized belief system. Yet this trend is not due to some sort of modern intellectual “Enlightenment” – an agnosticism spurred by high levels of academic achievement or breakthroughs in science or technology. “Theories that religion has declined because urbanization is hostile to religiosity—or because modern, educated people are inherently skeptical of religion—get no support in the actual historic record,” Stone observes.

Instead, it has far more to do with do with who is controlling education and the mechanisms through which such information flows.

Grounding his argument in extensive data on childhood religiosity, Stone notes that enduring religious belief typically begins at very particular points in late childhood (ages 12-18). “The vast majority of change in religiosity over time in most countries is not because adults converted away from a given religion, but simply because the next generation was less religious,” Stone writes. “In other words, the story of secularization in America is not mostly a story of lots of people who were raised religious leaving their religious faith as adults. It is a story of fewer people having a religious upbringing at all.”

In turn, we would do well to look more closely at the common inputs and institutions that children encounter in those years, which vary across families, schools, and churches, but are increasingly lopsided in their arc and orientation. In recent decades, we have seen rapidly changing dynamics in what we might call the “religious economy,” wherein government-funded educational programs compete ever more closely with more traditional religious and communal support systems:

One leading theory suggests that religions are “club goods”; they guarantee a certain set of services to members, provided that those members obey certain club rules. For example, if members tithe and abide by public moral standards, the religion might provide education for their children, community in old age, or a vibrant social life. Religions that provide high-quality club goods thrive. But religions can provide such goods only if they can organize committed members to provide those goods to one another; thus, ultimately, religions that make strict demands of members tend to have faster growth.

But if a government or some other cultural club good begins to compete with religion, it might break up the religious economy. Thus, for example, weekends with football games have lower church attendance. Likewise, legalized alcohol sales on Sundays reduce religious attendance. Public religious scandals, which call into question the social prestige of the club, also lead to exits from religion … Therefore, as governments increasingly compete to provide services historically provided by religious communities, social attachment to religion could decline … It appears that the only case in which the state providing a club good drives secularization is in education for children.

As these dynamics continue to evolve, we don’t just see competition in time, space, and resources, but also in content – the combination of which appears to be quite influential:

More educational spending by the (generally secular) state to teach children may teach not just math and reading but also a worldview or life orientation. It may even alter parental behavior and household environment. It is striking that religiosity declines so much between age 12 and 18, before children have left the home. Most likely, instead of a religious school supporting and encouraging religious behavior and instruction, high school becomes a season of secularization.

The report offers a great deal of clarity on where things currently stand, but when it comes to the wider implications and actual solutions, the answers are less clear. Stone proposes several policy initiatives that may diminish the state’s influence and better empower religious communities and educational institutions, many of which have been offered before: school vouchers and other school choice programs, liberalized zoning rules, eased licensure rules for religious institutions, and more. But while these steps would surely be beneficial, if we are to see the overarching goals fully realized, we may need a bit more backbone than we currently have across our mediating institutions.

Indeed, if we turn back to Tocqueville, we are reminded that much of America’s religious strength stemmed from sources that originated before and beyond our laws, customs, and policies. If we hope to curb the pressures of the state and entrenched technocracy, if we hope to reassert proper moral and spiritual witness in our modern “religious economy,” we will need more than generic educational movements mixed with second-hand evangelism.

Rather, we will need distinct moral communities with clear, cultural imaginations for what good education and good culture look like, as well as what freedom requires of our communities in a pluralistic society. We need more than mere policy. These steps will keep the “first of our institutions” first for years to come.