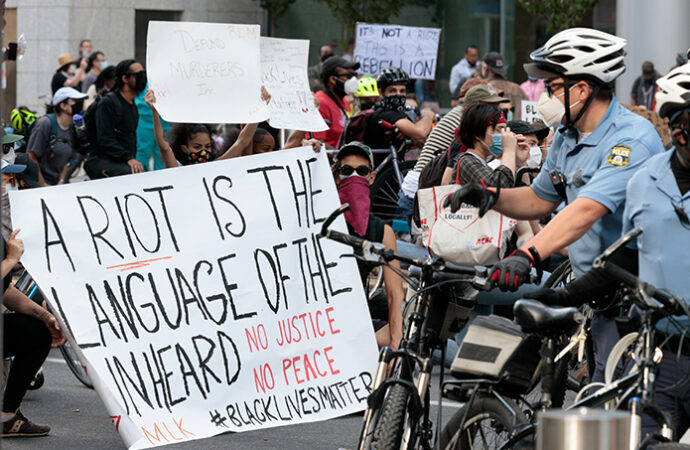 “Those whom the gods would destroy they first make mad.”

That warning comes to us as an ancient Greek proverb. You remember the ancient Greeks, right? Those guys we once considered some of the founding fathers of Western civilization before our academic institutions tossed them and all the other dead white men out the door?

Well, the gods are partying hardy these days. Reports of the mad among us arrive so thick and fast on the Internet that some commentators wonder whether all of America has collectively lost its marbles. As for me, I have only to look at my friends, family, and neighbors to disagree, though I might add that the nutters are driving the rest of us a little crazy with their lunatic thoughts and actions.

Let’s look at just a few of these round-the-bend folks.

Warner Brothers recently announced that Elmer Fudd of Loony Tunes fame would no longer carry a firearm during his future hunts of Bugs Bunny. Instead, he’ll carry a scythe. Gun violence, don’t you know. But a scythe? Who hunts rabbits with a scythe?

In the wake of riots, burning, and looting, the Minneapolis City Council voted to disband its police department. It’s doubtful whether Minnesota’s population of 75,000 Somalis, or the rest of the state, really want Minneapolis transformed into Mogadishu. Other cities, all progressive bastions, are also exploring ways to defund the police.

In Cary, North Carolina, three white police officers and other white attendees washed the feet of black faith leaders to express “humility and love.” Across the nation other whites have knelt before blacks asking their forgiveness. Black podcaster David J Harris’ objection to such abject submission is a powerful message.

To fight racism and to educate children about racism, the Lego company is donating $4 million to various organizations. But the company didn’t stop there. It pulled all advertising on its police and firefighter toys.

J. K. Rowling instigated a ruckus when she mocked a headline using the words “people who menstruate.” She tweeted, “‘People who menstruate.’ I’m sure there used to be a name for those people. Someone help me out. Wumben? Wimpund? Woomud?” Unlike so many others, when the radicals flew in on their broomsticks, screeching she had offended transgenders, Rowling refused to back down or offer an apology. She represents one island of sanity in our sea of madness.

Officials in Madison, Wisconsin ordered police officers to “stand down” during the rioting in that city, forcing them to watch as criminals damaged or destroyed dozens of businesses and defaced the memorial to fallen law enforcement officers near the state capitol.

In the midst of the riots, the chief editor of The Philadelphia Inquirer, Stan Wischnowski, published an article “Buildings Matter, Too,” later resigning because the title angered many of his staff. Apparently, Black Lives Matter has a copyright on what words may precede “matter.”

Meanwhile, on Sunday, May 31, 18 people were murdered in Chicago in just one day. Here’s a thought for all those peaceful protesters seen marching in the last two weeks: How about you march through Chicago demanding an end to these killings? How about you deal with this epidemic of blacks being killed nearly every day?

Each day brings new evidence of the radicalism now embraced by some politicians, many in our national news media, social justice warriors, and the horde of ignorant followers trotting alongside, hoping to remain with the “in crowd.” We’ve come to a place where no idea is too whacky, no proposal too outlandish. The mobs that ran riot in recent days are not just in the streets of our cities. They are everywhere – online, in the workplace, and in our schools. They have the bit between their teeth, and they are galloping toward what they hope will be a revolution.

All that’s standing in their way is us.

The good news is that we are the majority.

We are the people who can reason rather than emote, who by common sense can separate the valid from the bogus, who do most of the work in this country, and who try to do the right thing. We look at these people who just a few years ago were considered the lunatic fringe, and we can only shake our heads with disgust or dismay.

Over the last months of COVID-19 and now the riots, we’ve probably all heard friends or family members pose certain questions aloud: How did we get here? Is America on the brink of collapse? What can we do? Many of them are afraid to speak out in opposition, trying to keep the family peace perhaps, or even fearful of losing their jobs.

So what can we do?

This fall go to that polling booth, where you will be alone and where no mob can threaten you, and vote your conscience.

It may be our last chance to send these madmen back to the asylum.