J.K. Rowling and the Close-Mindedness of Sloganeering 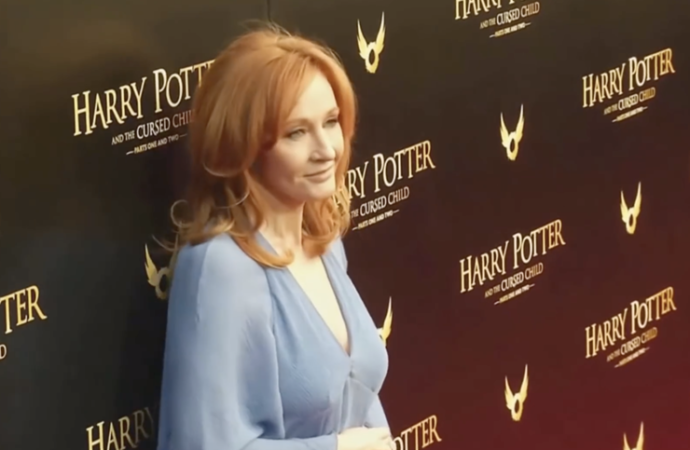 J.K. Rowling can’t seem to escape the magical land of politically correct shaming. The famous author of the Harry Potter series is back in the news, this time inadvertently pulling fellow author Stephen King into the fray. Unfortunately, King seems unable to stand against the mob as well as Rowling.

Rowling first ran afoul of the Twitter mob several weeks ago when she challenged the prevailing leftist orthodoxy on transgenderism. “If sex isn’t real, there’s no same-sex attraction,” she tweeted. “If sex isn’t real, the lived reality of women globally is erased. I know and love trans people, but erasing the concept of sex removes the ability of many to meaningfully discuss their lives. It isn’t hate to speak the truth.”

Keyboard warriors quickly sprang into action, accusing Rowling of rank transphobia.  Some hurled vile insults at her. They said she was a “TERF,” a scornful term meaning “Trans-Exclusionary Radical Feminist.”

Others, unable to accept that their childhood idol holds opinions different from theirs, begged her to change her mind. Many of her fans surmised that Rowling was simply ignorant and needed to be educated. One person replied, “Please talk to some queer people. Please.” Others enjoined her to read more.

To these criticisms Rowling offered a wise retort. “I’ve spent much of the last three years reading books, blogs and scientific papers by trans people, medics and gender specialists,” she said. “Never assume that because someone thinks differently, they have no knowledge.”

Her words hold a lesson we should all take to heart. Far too many people believe that if someone has an opposing opinion, then she must be either evil or stupid. That leaves only two solutions: the person with the offending opinion either must be ousted from polite society, or be re-educated.

Education is, of course, a good thing. We should all strive to learn and grow in knowledge, particularly if we want to participate in the public discourse. And if we notice that factual inaccuracies are being spread, we ought to step in and point those out.

What occurs all too often on social media – and even in some face-to-face discussions – is that people respond to their intellectual opponents not with facts or well-constructed arguments, but with empty sloganeering and patronization. Rather than attempting to engage in a substantive and respectful discussion, many prefer to bark orders like “read a book,” “do some research,” or “google it.”

These social media users cannot be bothered to cite any actual books or scientific papers, because disseminating knowledge is not their goal. Their goal is to impose an unthinking conformity to their own ideology. This is why Daniel Radcliffe (who played Harry Potter in the film adaptations of Rowling’s novels) is applauded for merely regurgitating meaningless slogans like “trans women are women.” No one really cares whether Radcliffe has thoroughly researched the issue. What matters is that he has the “right” opinions.

This is the same thing that has now happened to Stephen King.  As mentioned previously, King seemingly expressed his support for Rowling several days ago, but was then inundated with demands that he renounce her. One male Twitter user asked him to address the “TERF” tweet. The supposedly feminist King, allowing the personal insult to his friend to go unchallenged, bowed to the pressure and replied with the magic phrase he knew would appease his insolent fans: “trans women are women.” There was no debate, no discussion, no exchange of ideas; just angry yelling which stopped only after King told the mob what they wanted to hear.

Ultimately the problem highlighted by Rowling in her tweet about knowledge could be solved with a little humility. Close-mindedness is not a sign of intelligence, but of arrogance. Those humble enough to listen to people with differing opinions, instead of shouting them down, are the ones most likely to learn.