In Defense of the Freedom to Be Wrong 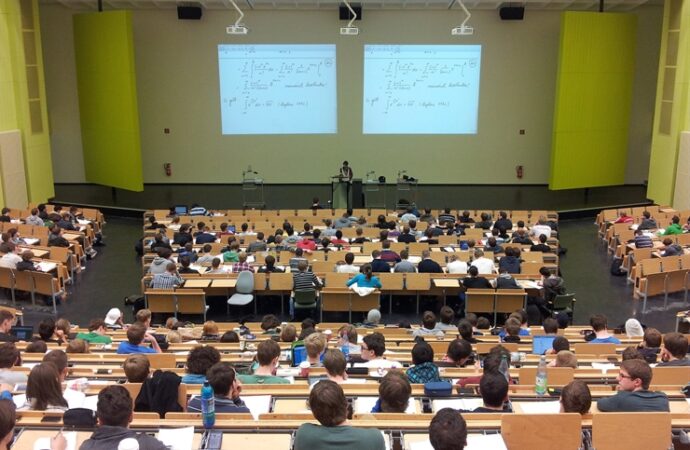 It is the rare fortune of these days that one may think what one likes and say what one thinks.

It’s very important for institutions of concentrated power to keep people alone and isolated: that way they’re ineffective, they can’t defend themselves against indoctrination, they can’t even figure out what they think.

Free thought has been under attack for some time in the intellectual arenas of the world and in particular on college campuses. College used to be a time of exploration. A time to try out new ideas and new opinions on different topics, a time to test your wings, to figure out who you are and who you want to be. The bright optimism of these years of study have in our present times been snuffed out by the arrogance of the masses. Collective groupthink that stems from some “faux” elitist class has decided that our young people are not to engage in reason and spirited debate, but rather to focus on how they feel on a given subject. Students have been force-fed opinions by the masses, and anyone or anything that does not fall in line is at best ostracized and at worst eliminated. What they can contribute is feeling.

I began teaching in the spring semester of 2017. It was a strange time and I expected our campus climate to be increasingly divided as a result of the election in 2016. What I found in my philosophy courses was not so much division as something else. I would throw questions that were deliberately controversial to the class in order to spur debate, dialogue, and through them the activity of the mind: the use of reason. My questions would at best elicit a hand from a student or two and some a talking-point based answer or other. When challenged as to why they held such a position, more often than not, the reasoning or support would evaporate. It was feelings that were often cited. No student ever took a risk or offered anything out of the ordinary.

Having not been out of school for very long, I could not lie down and simply accept that this was the way college students acted: the “new normal,” if you will. I knew that something had changed. Something was broken. I have spent some time reflecting on what has caused this change and on the effects that the silence that it produces has had on our young people. The most obvious is that our culture has stifled these students’ spirit, their drive for scholarship, for excellence, for responding to the deep questions. It has coaxed their minds into a quiet coma: It has made them ready repeaters of the popular opinions of the masses. What is true, they believe, is what I am told and what is convenient. What is false is what challenges what I am told: that which may cause me to change or grow. The students are made into utilitarians. They reject change and growth. They are usually painful.

What we need to reclaim is our students’ drive, their spirit, their thirst for knowledge – real knowledge – and to give them the tools with which to engage their awesome gift of reason. Plato presented his beautiful image of the tripartite soul as the chariot and charioteer. The horses of spirited action and the appetites are held and guided by the charioteer of reason. It is a beautiful image but also an infinitely practical image. Rather than simply saying that reason alone will make a well-balanced soul, Plato emphasizes that we need those spirited desires for change and for betterment in addition to all the natural appetites. Any account of the well-balanced soul without these would be incomplete. A soul that is too overwhelmed by the emotions will quickly veer off the track of life. A soul that is too overtaken by our appetitive desires will also quickly plunge to the earth. But the soul that has reason truly at the reins will constantly be wrestling to keep itself on course. It will become stronger in the process and be able to handle the tough curves of the track of life.

What students need is the “freedom to be wrong.” I know this may sound like an odd formulation, but if we take a moment to ponder what this freedom means, we will quickly see its utility. As we have quickly moved into the time of “my” versus “your” truth, the Truth has become almost meaningless. There is no reason to raise your hand to offer an opinion different from that of a fellow student or professor because they are convinced that, at the end of the day, in our modern world, “your” truth is just as significant as the Truth regarding the matter being discussed in class. Students are content with keeping their differing opinions to themselves. At best they might occasionally offer them on platforms like Twitter, where one can be basically anonymous.

When students actually present themselves and their opinions to each other in public debate, it is a risk. But what that public presentation allows for is that opinion to be aired. It becomes something external, something other than the student, something out there. The expression of opinion allows the opinion to be judged. Once an idea has taken flight, it is free. The student cannot take it back. This can be nerve-wracking, especially for today’s student, but by registering a given idea in the public domain, one allows his ideas to be purified by the court of reason. This is what Socrates hoped to do through his dialectic. By engaging the young people in vigorous debate, he allowed the students the freedom to be wrong.

Discovering that your ideas are incorrect can be a humbling realization, but it often whets your appetite: It helps you return many times to seek out the Truth through spirited debate. This is the only antidote to the sense our students have gotten that the masses, particularly mass media, have settled all important debates. It is the antidote to their stifled realities in which there is no room for a refreshed perspective to the belief they have been force-fed: that all of the hot button issues have been settled. It is the antidote to the mantra of modernity: “Rest easy we have all the answers.”

Modernism has created a defeatist mentality in many of our students: the sense that the book of life has already been written and published. In others, it has produced extreme radicalism. What do I mean by radicalism? It very much has to do with the arrogance of the masses. Once one believes that one’s social group is right on everything and should not be challenged, the radicalized mind no longer questions or seeks the Truth. Rather, the radical drinks fully of the chalice of arrogance. “I am right and I know that I am right because I am always right” seeps out of his every pore.

And yet there is hope. An anecdote may serve us well. Two springs ago, I finished a lecture and wished the classroom a happy weekend. One student remained behind. He had a host of questions about assignments and due dates. He said that he had been listening to a new podcast which had led him to pursue the works of two prominent thinkers of our time. As he began to talk about these thinkers, I could see that something had been unchained in his mind. He spoke with conviction and with the passion in his voice. He finished the conversation by saying that he was worried because he had never heard ideas like the ones he heard in a classroom from any professor or any students. He seemed to think that this made these new ideas invalid or inappropriate. I smiled and reassured him that this was exactly the place to bring these ideas to and that it was his moral duty to share these ideas with his fellow students. It was a wonderful moment for me as an educator. A young mind was seeking to know and to engage in the Truth. He wanted to seek out new approaches and to engage in things that were different.

My profound hope for the future in our classrooms and in our world is that our students experience the freedom of thought. I spend the opening lecture of the semester imploring my students to be bold in seeking the Truth. Do not surrender or bow to anything less than the fullness of Truth. When something strikes the ear as less than reasonable or less than acceptable, challenge that idea. The classroom is to be the greatest place of openness and should be welcome to all ideas, not just a few that have been deemed acceptable. While I have not always been successful, I have been able to encourage at least some students to put themselves and their ideas out there. For if we fail to inspire this next generation to pursue that which is True, Good, and Beautiful, I shudder to think at the consequences. Groupthink will destroy all that we hold dear. We want our students to polish their reason, to prepare to guide their chariots along the track of life, and to be able to navigate any bumps and curves that come their way.