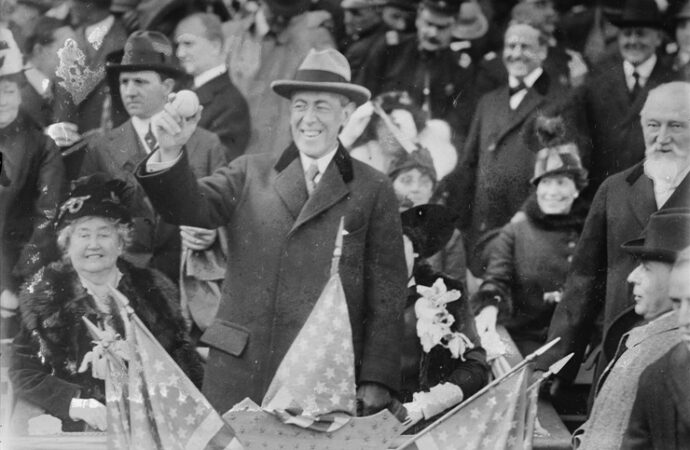 First things first: Woodrow Wilson was a deplorable bigot and one of the worst presidents in American history. He re-segregated the federal government, glamorized the Ku Klux Klan, screened The Birth of a Nation at the White House, and opposed Reconstruction and black suffrage (Dylan Matthews has more on Wilson’s racism). In common with many progressive intellectuals of his time, he was a champion of eugenics. He sank the United States into the pointless carnage of World War I. He viewed the Constitution as outmoded and sought to snap its restraints on executive power.

Ideally there wouldn’t even be a perpetually congested bridge in Northern Virginia named after him, let alone a prestigious college of public policy. Yet now that college, the Woodrow Wilson School of Public and International Affairs at Princeton University (Wilson’s former employer), has announced that it’s changing its name. Here’s part of the statement from the university’s board of trustees:

The Princeton University Board of Trustees voted today to remove Woodrow Wilson’s name from the University’s School of Public and International Affairs, which will now be known as the Princeton School of Public and International Affairs. We have taken this extraordinary step because we believe that Wilson’s racist thinking and policies make him an inappropriate namesake for a school whose scholars, students, and alumni must be firmly committed to combatting the scourge of racism in all its forms.

Student protests at Princeton in November 2015 called attention to Wilson’s racism, and we responded by forming an ad hoc committee, chaired by Brent Henry ’69, to study Wilson’s legacy at Princeton. The committee recommended valuable reforms to increase Princeton’s inclusivity and recount the University’s history more completely, but it left the names of the School and College intact. Student and alumni interest in those names has persisted, and we revisited them this month as the American nation struggled profoundly with the terrible injustice of racism.

And fair enough. This was an internal Princeton matter, and after a deliberative process, they reached the conclusion they thought was best for their university. The problem arises when we zoom out the camera and examine the political context. Some conservatives have been relishing Princeton’s decision, seeing it as an example of the left tripping over its own standard. You want to erase every racist from history? Well, what about that PROGRESSIVE Woodrow Wilson? And what about FDR too? Didn’t he throw Japanese Americans into concentration camps?

To which the mob in charge of the canceling is one day going to respond: okay, sure. See you at the FDR Memorial. This isn’t some kind of informed revisionist history effort, swimming in a greater tradition, self-consciously opting for Croly and Dewey, say, over Washington and Jefferson. It isn’t about left versus right at all, or big government versus small, or America’s founding versus attempts by progressive intellectuals to transcend it. As George Will noted over the weekend, not using your intellect is the entire point. This is a cultural revolution. All you need is a single modern yardstick and the will to demolish anything that doesn’t measure up to it. Think too hard and you’ll spoil the fun.

Bet you won’t come after Wilson and FDR! Does anyone seriously doubt that they will?

Last week, rioters in Madison destroyed a statue of an abolitionist who died trying to end slavery. The Emancipation Memorial in D.C., which depicts Abraham Lincoln alongside a kneeling freed slave, was prevented from defacement only by armed guard. This is a fool’s game and conservatives shouldn’t be trying to play it. Wilson was a lout, yes, but of far greater issue right now is the mindless, heedless, bloodthirsty, braying mob, which is destroying indiscriminately, which is sowing fear at businesses and universities, which has no legitimate authority, which is addled by, as Elizabeth Powers puts it, “the deconstructionist temperament.”

Rather than taking scalps of our own, what the right needs is an arms-linked defense of our history, culture, art, and institutions, imperfect though all that might be.