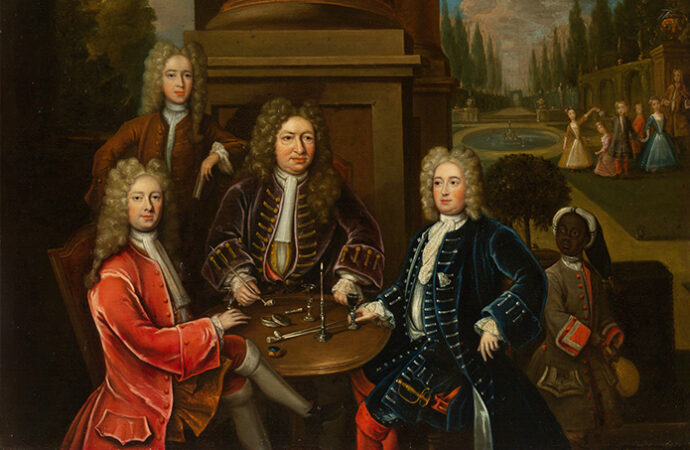 I see that #CancelYale is trending on Twitter and elsewhere in social media. It’s a development I’d like to encourage – not, to be frank, because I think that canceling things is a good idea. Quite the opposite. But if the Left is going to pursue its dream of destroying every reminder of our past it doesn’t like, and if woke institutions like Yale, bloated with too much money and far too much self-regard, are going to betray their raison d’être and join in the effort to control the present by destroying the past, then I think an example should be made of corrupt institutions like Yale and craven leaders like Peter Salovey, the university’s president.

Besides, if the Left can deface or destroy statues of George Washington, Christopher Columbus, Thomas Jefferson, and countless others, shouldn’t we insist that they live up to their own ideals and cancel racially tainted liberal institutions like Yale?

A few years ago, Yale, in a fit of woke panic, decided to change the name of Calhoun College – named for John C. Calhoun, Yale graduate and valedictorian – because his position on slavery was not consonant with the position today advocated by Yale. Henceforth, the college formerly known as Calhoun would be known as Hopper, after Grace Hopper, an early computer scientist and naval officer.

I wrote about that incident at the time in The Wall Street Journal and The New Criterion. As I noted then, no sentient observer of the American academic scene could have been surprised by the move to ditch John C. Calhoun. On the contrary, the unspoken response was “What took them so long?”

Ever since Salovey announced in 2016 that he was convening a Committee to Establish Principles for Renaming (yes, really), the handwriting had been on the wall for Calhoun, a distinguished Yale alumnus who served his country as a congressman, senator, secretary of war, secretary of state, and vice president.

Like Belshazzar before him, Calhoun had been weighed and found wanting. He may have been a brilliant orator and a fierce opponent of encroaching federal power, but he was also a slaveholder. And unlike many of his peers, Calhoun argued that slavery was not merely a necessary evil but a “positive good,” because it provided for slaves better than they could provide for themselves.

You might, like me, think that Calhoun was wrong about that. But if you are Peter Salovey, you have to disparage Calhoun as a “white supremacist” whose legacy – “racism and bigotry,” according to a university statement – was fundamentally “at odds” with the noble aspirations of Yale University (“improving the world today and for future generations . . . through the free exchange of ideas in an ethical, interdependent, and diverse community” – yes, they published that with a straight face).

During a conference call press briefing at the time, and throughout the documents related to the Calhoun decision, officials have been careful to stress that the university operates with a “strong presumption against” renaming things. Because they do not seek to “erase history,” the officials insist, renaming things for ideological reasons would be “exceptionally rare.”

When you study the four principles Salovey’s committee came up with to justify a renaming, you can see why it took so long. The task, it seems clear, was to find a way to wipe away Calhoun College while simultaneously immunizing other institutions at Yale from politicized rebaptism.

Did the principal legacy of the honored person “fundamentally conflict” with the university’s mission? Was that legacy “contested” within the person’s lifetime? Were the reasons that the university honored him at odds with Yale’s mission? Does the named building or program play a substantial role in “forming community at Yale”?

Readers who savor tortuous verbal legerdemain will want to acquaint themselves with the “Letter of the Advisory Group on the Renaming of Calhoun College,” which is available online. It is a masterpiece of the genre.

But is it convincing? I think the best way to answer that is to fill out the historical picture a bit. Nearly every Yale official who spoke at that press briefing took time out to describe John Calhoun (1782-1850) as a “white supremacist.”

Question: Who among whites at the time was not? Take your time.

Calhoun owned slaves. But so did Timothy Dwight, Calhoun’s mentor at Yale, who has a college named in his honor. So did Benjamin Silliman, who also gives his name to a residential college, and whose mother was the largest slave owner in Fairfield County, Connecticut. So did Ezra Stiles, John Davenport, and even Jonathan Edwards, all of whom have colleges named in their honor at Yale. And then there is Samuel F. B. Morse, inventor of the telegraph and Morse code, who was not only pro-slavery but, like Calhoun, thought it divinely ordained and “benevolent.”

A Solution All Right-Thinking People Can Support

I had earlier suggested that Yale table the question of Calhoun and tackle some figures even more obnoxious to contemporary sensitivities. One example was Elihu Yale, the American-born British merchant who, as an administrator in India, was an active participant in the slave trade.

President Salovey’s letter announcing that Calhoun College would be renamed argues that “unlike . . . Elihu Yale, who made a gift that supported the founding of our university . . . Calhoun has no similarly strong association with our campus.” What can that mean? Calhoun graduated valedictorian from Yale College in 1804. Is that not a “strong association”? (Grace Hopper held two advanced degrees from the university but had no association with the undergraduate Yale College.)

As far as I have been able to determine, Elihu Yale never set foot in New Haven. His benefaction of some books and goods worth £800 helped found Yale College, not Yale University. And whereas the 11th edition of the Encyclopedia Britannica praises Calhoun for his “just and kind” treatment of slaves and the “stainless integrity” of his character, Elihu Yale had slaves flogged, hanged a stable boy for stealing a horse, and was eventually removed from his post in India for corruption. Is all that not “fundamentally at odds” with the mission of Peter Salovey’s Yale?

I think every right-thinking individual should get behind the #CancelYale movement. And lest anyone complain that such movements are merely negative, that they cancel but do not replace with something new, I want to accompany #CancelYale with a concrete, positive suggestion: #DummerUniversity.

Let me introduce you to Jeremiah Dummer, the Harvard chap who induced Yale to make his benefaction in the first place. Shouldn’t he, and not the slaver Yale, have the honor of having a (once) great university named after him? To ask the question is to answer it.

By all means, cancel Yale. Remove the horrid name from clothing and other merchandise. But replace it with a more honorable name: Dummer. Dummer University. The Dummer School of Law. The Dummer School of Art. A Dummer degree. The name, as Gwendolen Fairfax said in a different context, produces agreeable vibrations.