Weathering the Aftershocks of the Pandemic 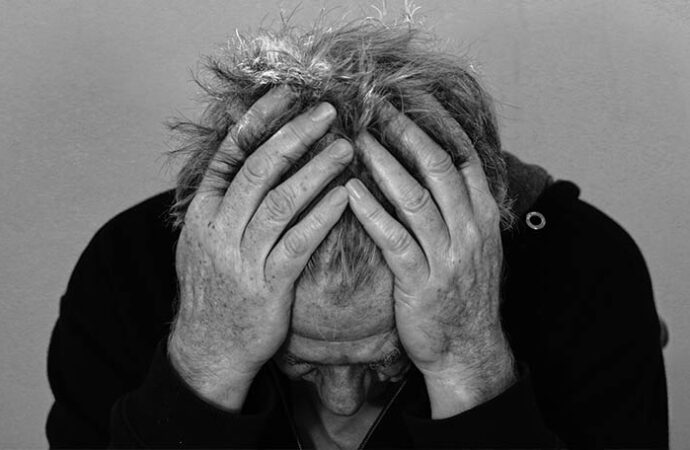 Early one morning in mid-May I was drinking a cup of coffee on the front porch of my daughter’s house in Front Royal, Virginia. For weeks I had felt drained of energy, filled not with boredom but with lassitude, putting off cleaning my basement apartment, the books I needed to read for review, a magazine article assignment about which I was unenthusiastic. For some time I had wondered what was wrong with me.

That morning I hit on the solution. “You’re depressed,” I said to myself.

My personal circumstances were not cause for that depression. I live in a beautiful neighborhood, chores and writing keep me busy throughout the day and into the evening, and though I am alone much of the time because of the coronavirus quarantine, I had grown accustomed to solitude after my daughter and her family moved to Pennsylvania in August, 2019.

No – what depressed me was the state of our country, the closure of my church and favorite coffee shop, and the constant reports I read every morning about a virus that struck me as a bad flu.

Not a good place to be.

The next morning, I was again sitting on the porch, coffee in hand, when a question came to my mind out of the blue: “So what are you going to do about it?”

I’m not altogether sure, but I think the sunshine that pierced the darkness surrounding me has to do with one single-letter word: “I.”

I had the power to go in a different direction.

My mental condition was not one of clinical depression nor did my circumstances invite what Winston Churchill called his “black dog,” that bleak feeling when every cell in the body feels that everything is useless, and every triumph is a failure. By those standards, I was suffering a mild depression, one which might have worsened had I given it the reins.

Instead, I resolved to read fewer online articles about the virus and to try to thrust aside the sadness at seeing so many of my fellow Americans falling prey to fear and hysteria: the folks I see driving alone in their vehicles and wearing masks, or the woman who screamed “Meat hoarder! Meat hoarder!” at a man I know who must feed eight people because he was buying three packages of Andouille sausages at the grocery store. On hearing his story, all I could think was “This is a Seinfeld episode.” (When he remarked on this incident to the check-out clerk, she replied, “The crazies are here every day.”)

Mine was, as I say, a passing despair, but many of my fellow shoppers in the grocery store and elsewhere plod along with downcast faces, looking “as grim about the mouth” as Ishmael at the beginning of Moby Dick, though a mask often conceals that mouth. There are also millions across the country suffering from mental and emotional health issues for whom the quarantine has proven a disaster.

In The Atlantic, James Hamblin addresses this problem of deepened despair in his excellent article “Is Everybody Depressed?” Citing psychologists and other mental health professions, Hamblin demonstrates the toll the quarantine and closures have taken on our citizens. Here is just one example:

Over the past month, Jennifer Leiferman, a researcher at the Colorado School of Public Health, has documented a tidal wave of depressive symptoms in the U.S. ‘The rates we’re seeing are just so much higher than normal,’ she says. Leiferman’s team recently found that people in Colorado have, during the pandemic, been nine times more likely to report poor mental health than usual. About 23 percent of Coloradans have symptoms of clinical depression.

The normal rates of diagnosed clinical depression in the U.S. range between 5 and 7 percent.

In “Deaths of Despair Are On the Rise Already from the Coronavirus Lockdown,” Stacey Lennox reports on the rising numbers of suicides, attempted suicides, and drug overdoses. Lennox quotes Dr. Mike deBoisblanc, head of a trauma department in Northern California, who has called for the state to reopen on account of the huge increase in mental suffering, saying that he has seen a year’s worth of suicide attempts in the span of just four weeks. Karen Hansen, a nurse in the same unit with 33 years experience, tells Lennox “What I have seen recently, I have never seen before. I have never seen so much intentional injury.”

The pandemic has brought, and will continue to bring, many unforeseen consequences: changes in our education system, possible famine in countries already impoverished, upheavals in our political life, and the damage done to the physical and mental health of our people.

Some predict a second wave of the virus in the fall and winter, a reoccurrence typical of many such diseases. We should hope we have learned a lesson from our reaction to this pandemic and make “Never again” our motto when we face that trial.