Social Distancing Can Kill, Too 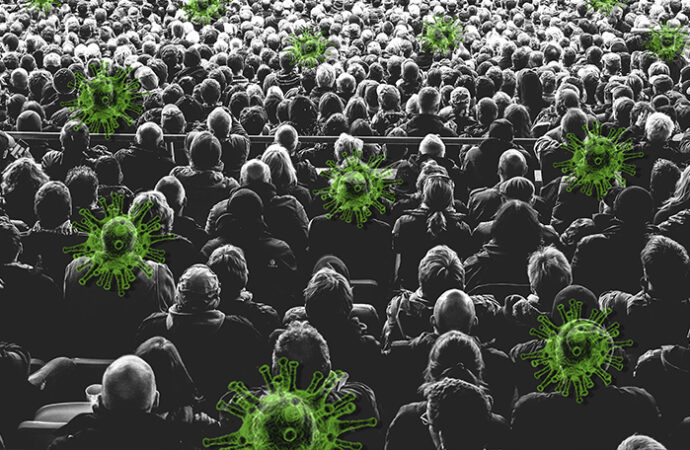 Fear is a powerful emotion: it is sometimes rational, but it can cloud our reasoning.

A number of fallacies pervade the COVID-19 debate. One is the fallacy of the missing denominator: we are told that X number of people have died of COVID-19, but we don’t appreciate the size of the population in which these deaths occur. (The population of the United States is 326.7 million.)

Another is the fallacy of the neglected or irrelevant comparison. Senator Bernie Sanders thinks the COVID-19 pandemic is comparable to the Civil War, which killed 620,000 Union and Confederate Soldiers (at last reckoning COVID-19 has killed 92,258 Americans). Deaths from violence are in a different category from deaths from disease. We all die sometime, but not all of us from violence.

A more reasonable comparison than the Civil War is the attacks of September 11, 2011, which killed 2,977 civilians and 19 terrorists and gave birth to a fear of more of the same. The Bush-Cheney Administration used 9/11 to put in place unprecedented measures of surveillance and lead us into an endless (and brutal) War on Terror.

The Obama Administration then set a sinister precedent by authorizing the extrajudicial execution of American citizens. Trump’s signature measure was a wall. The attempted impeachment of Donald Trump was based on an attempt to revive the fears of the Cold War era.

Now we are being carefully taught anthropophobia, or fear of human beings.

We should also compare COVID-19 with deaths from other causes, including the other diseases that contribute to a death set down to COVID-19’s account. The most important causes of death other than COVID-19 for my argument are suicide and deaths of despair. Social isolation is an important contributor to these deaths. Suicide is strictly speaking a death by violence, but it is one that happens only when a person has been reduced to misery.

California, with a population of 39.56 million, was thrown into panic mode by one death from coronavirus. By way of comparison, nearly 4,300 Californians killed themselves in 2016, a 50 percent increase from 2001. Deaths of despair include not only deaths by suicide, but also drug and alcohol poisoning, as well as alcoholic liver disease and cirrhosis, to which I would add heart failure where the patient is depressed. The rate of such deaths has been steadily rising.

Such deaths have two social causes, economic insecurity and social isolation. I need not choose between these explanations: both of them are certain to be increased by the measures taken against COVID-19. Hence we see another fallacy at work in the COVID-19 debate: a precautionary principle (better safe than sorry) that neglects the costs of staying safe.

Suicide prevention hotlines are have been kept very busy during the COVID-19 crisis. Domestic violence cases have spiked during the pandemic, as have cases of child abuse. Though the courts are now closed, a surge of divorces is expected when the crisis ends.

Democracy requires a demos, which can gather in places like churches, bowling alleys, and bars to establish solidarity, and peaceably assemble in parks for the redress of their grievances. Social distancing destroys the possibility of such assemblies.

Some comforting myths conceal from us the devastating social effects of the COVID-19 panic.

We are told that staying home and watching Netflix is an act of heroism like that of the soldiers who fought in the invasion on D-Day. We are told that avoiding fellow our human beings (and wearing a mask when you cannot avoid them) is an expression of human solidarity. Even crossing the street to avoid other people, as people did in the past to stigmatized groups, is supposed to be an expression of love. We are told forcing troubled families to spend more time together will improve their harmony.

One good effect of the crisis has been the reduction of air pollution. To sustain this result, we will need to rely far more heavily on public transportation. But the mentality of anthropophobia which invites us to view our fellow human beings as sources of contagion until they prove otherwise can only make us more unwilling to share vehicles with strangers.

The process of returning to normal, or some imitation of it, will be awkward and conflict-ridden. The phobic mentality that supports the War on Terror and xenophobic immigration policies has been extended to the whole human race.

We should not neglect reasonable precautions, but we should take into account their costs as well as their benefits. An 85-year-old woman a nursing home might reasonably risk her life to see her grandchildren.

We must cultivate a skeptical attitude toward people who urge us to distrust one another, play upon our fears like a violin, and exude contempt and condescension to those people who do not accept their models. Staying sheltered in place is not conducive to democracy.