Political Utopianism and Christianity Are Incompatible 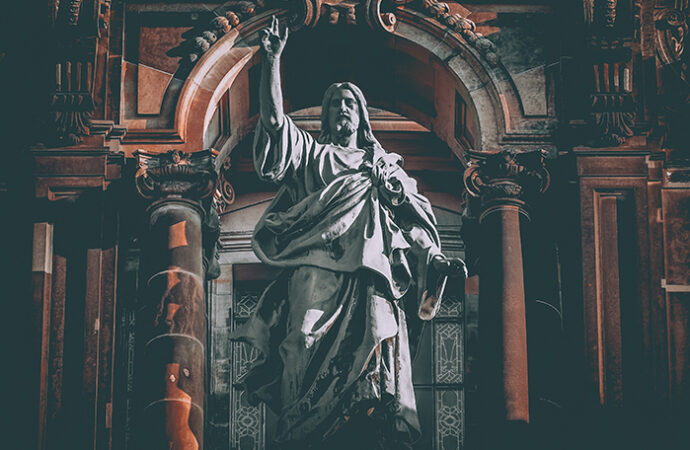 “Immanentizing the eschaton” is a political and theological term in which a person or group attempts to bring about, through human action, a heaven-like existence on Earth.

Seeking utopianism, in other words.

Living in this fallen world, it’s unlikely that we’ll ever see the quest for utopia realized. Those who hope and work for it will only be disappointed.

Yet it was this pursuit of heaven on earth that British journalist Malcolm Muggeridge identified as a primary factor in the decline of Christianity in the United Kingdom in an appearance on Firing Line.

In his youth Muggeridge found communism appealing, traveling to the Soviet Union in 1932. Becoming increasingly disillusioned with communism, Muggeridge made a name for himself by reporting on the Holodomor, the great man-made Soviet-orchestrated famine which killed millions of Ukrainians. Muggeridge went on to later protest the soft treatment of the USSR by western journalists. He became a Christian in the 1960s, eventually entering the Roman Catholic Church in 1982 at age 79.

Muggeridge’s Firing Line discussion on earthly utopia went on to reference The Beatles and their pursuit of Hindu spirituality rather than Christianity.

Firing Line host William F. Buckley Jr. challenged Muggeridge on this point. He asked if those disillusioned folks shouldn’t be returning to the faith once a utopian vision was proved to be fraudulent.

“Not if the ostensible representatives of the Christian religion have themselves underwritten the phony prospectuses,” replied Muggeridge. “And this is precisely what’s happened.”

Perhaps this is an underpinning issue of the increasing trend of secularization that is sweeping America. Twenty-six percent of Americans now identify as religiously unaffiliated. In comparison, 17 percent identified as such in 2009. If we are so concerned with establishing heaven here on earth, what is the point of seeking to reach heaven in life beyond the veil?

With socialism having achieved roughly equal popularity with capitalism in the minds of American young adults, the allure of the power of the state to reshape the world into a utopia must also be growing in its magnetism. How long can Americans resist this impulse? Are we even bothering to try anymore?

Muggeridge goes on to say that to many church leaders, Christ made a critical mistake that could have brought utopia to earth very quickly:

“Let’s take what is to me always the most fascinating thing, that temptation in the wilderness, when the Devil offered Christ the kingdoms of the earth, you see. Now he wouldn’t take them of course…

“Now you see, from the point of view of the sort of Anglicans and other clergymen and so on in this country that I’m talking about, that was an act of madness. Christ should have accepted the kingdoms of the earth. And he should have set up excellent socialist equalitarian forward-looking welfare creating governments in them, and then mankind would have lived happily ever after. That’s the view of the clergy today. But of course I think Christ was absolutely right, because I think that if you could establish a kingdom on the earth that was any good, then human life would be so insignificant, so tenth-rate, that it wouldn’t be worth living.”

Such a suggestion is unthinkable to many Christians. But if it is as Muggeridge argues, that the allure of utopia on earth is promoted by certain church leaders, once the inevitable disappointment of a failed utopia takes hold, some of the newly irreligious may indeed have fallen to the wayside as a result of disillusionment with the politics or teachings of their leaders.

The goal of immanentizing the eschaton has historically been condemned by various Christian denominations. The Catholic Church to which Muggeridge later belonged went so far as to especially reject “the ‘intrinsically perverse’ political form of a secular messianism.”

Like so many traditional religious teachings in an increasingly secular society however, the proscription against immanentizing the eschaton seems to have fallen out of favor. People prefer to put their hope in political messiahs rather than spiritual ones.

We are once again facing a political climate which is interested in using government power to bring a supposed utopia to the masses, and which is increasingly disinterested in the Christian faith. If there is heaven on earth, of what use is a heaven in heaven? This is the mindset that leads to an abandonment of concern for men’s spirits and an exclusive focus on the here and now.

But “for what will it profit them to gain the whole world and forfeit their life?”