Indifference Is Complicity in the Revolution 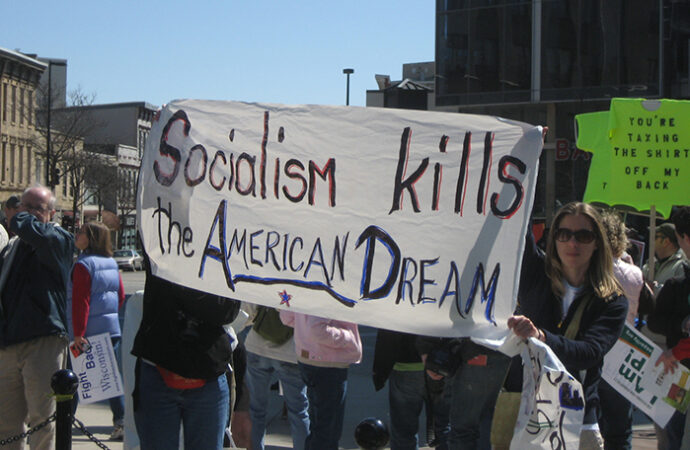 The form that American society takes after the COVID-19 stay-at-home orders, business closures, and social distancing will entirely depend on the attitudes of America’s citizens.

Those who reject the Patrick Henry approach, valuing life and indifferent to the gift of liberty, will be content to trust the government for safety via its newly acquired pandemic powers. Yet anyone who describes himself as indifferent about the form American political power takes going forward needs to rethink what being indifferent actually means.

At this time, it is not enough to seek to conserve the status quo. After all, the current status quo is one in which our government is allowed to monitor and prevent people assembling, infringe upon our First Amendment rights, and dictate what we are allowed to buy.

Such a political climate is not one worth conserving, as political philosopher Frank Meyer noted in his essay, “Freedom, Tradition, Conservatism”:

“Today’s conservatism cannot simply affirm. It must select and adjudge. It is conservative because in its selection and in its judgment it bases itself upon the accumulated wisdom of mankind over millennia, because it accepts the limits upon the irresponsible play of untrammeled reason which the unchanging values exhibited by that wisdom dictate. But it is, it has to be, not acceptance of what lies before it in the contemporary world, but challenge.”

The problem with this is that many Americans simply do not want to step up to the challenge, they are indifferent to the moral, social, and political decay of the country they inhabit. The problem of American decay is due to this apathy, to this indifference. Americans just don’t care about America.

“In an era like ours the existing regime in philosophical thought, as in political and social actuality, is fundamentally wrong. To accept is to be not conservative but acquiescent to revolution.

“Situations of this nature have arisen again and again in the history of civilization; and each time the great renewers have been those who were able to recover true principle out of the wreck of their heritage.”

Is America in for a great renewal of its principles as the COVID-19 restrictions begin to loosen? Will we see a restoration of timeless truths of Western Civilization, those which formed our country and its culture and system of government to begin with?

Perhaps. But such a renewal out of the depths of the wreckage of America’s heritage will require us to put in far more effort than most of us have been giving.

Speaking on spiritual matters, Archbishop Fulton Sheen once gave a talk in which he said,

“So you see how important it is to have in the mind an idea to do all that you can, to work to the limit of your ability. Our world is really suffering from indifference. Indifference is apathy, not caring. I wonder maybe, if our Lord does not suffer more from our indifference than he did from the Crucifixion.”

While one can debate the sufferings of Christ crucified compared to his sufferings caused by an indifferent, uncaring, secular world, Sheen’s statement nonetheless is apropos for America’s current political climate.

Who wounds the soul of America more grievously? The socialist who seeks to mold America in their own preferred image? Or the average apolitical citizen who is indifferent towards America? The first seeks to reshape his country, the second does not care about his country.

As the coronavirus retreats and the economy reopens, will Americans fight for the founders’ view of America? Or will we remain indifferent to the excesses that government has wrought this year, and in years prior?