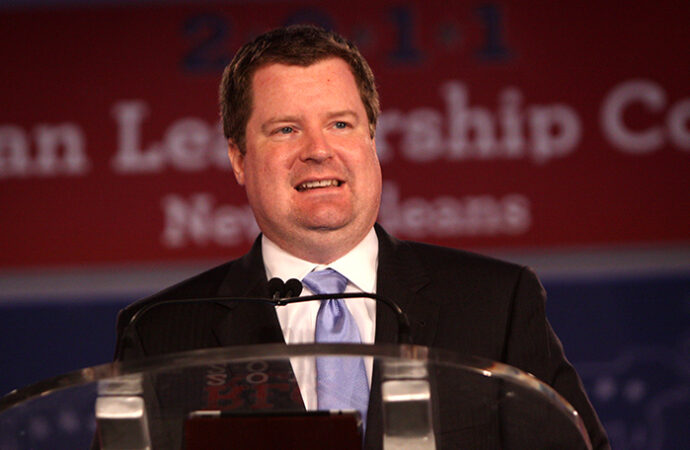 Over the weekend, Never Trumper Erick Erickson put up a profanity-laced series of tweets in which he berated pro-Trump conservatives for criticizing the lockdown that has shuttered many businesses, closed down most churches, stopped most medical procedures and examinations, and isolated most Americans from friends and family for two months or so.

According to Erickson, such conservatives are “whiners.” Erickson’s tweet was immediately praised by fellow Never Trumper Rod Dreher, whose loathing for Trump is mutating into a loathing for Americans who support Trump, whose “folk libertarianism” Dreher sees as paving the way for totalitarianism. In other words, good Americans stay home and shut up, unless their thoughts are in line with the consensus du jour of respectable opinion.

One supposes that the lockdown has done little to harm the pocketbooks of Erickson or Dreher, or any other pundit who gets paid whether he is writing from home or someplace else.

The same cannot be said for many of the ordinary Americans expressing concern about the lockdown. After all, roughly 33 million Americans have lost their jobs. Many small businesses will never reopen and the life’s work of thousands of entrepreneurs will be destroyed. People with chronic conditions or serious injuries have had to go without therapy; special education for children who need it has stopped or been rendered ineffectual. Enforced isolation is leading to depression, despair, and suicide. A wide variety of medical procedures have stopped, leading to diseases being undetected and untreated.

Some of these harms will prove every bit as fatal as the worst cases of the coronavirus, and most will cause more lasting damage than the great majority of COVID-19 infections, since most people who contract the coronavirus recover and many experience symptoms so mild that they never know they are sick.

And then there are the harms unrelated to physical health. Do we really want the government dictating whether and how churches distribute Holy Communion, or whether they have choirs? Is it wise to bankrupt countless retailers, restaurants, and arts organizations, thereby paving the way for a post-pandemic economy dominated by Amazon, Netflix, Wal-Mart, and other corporate behemoths?

It may be very hard to reassemble the intricate webs of human interaction that are now being swept away, as we come to regard other human beings primarily as potential carriers of disease. Isn’t it legitimate for conservatives to worry about what is being lost?

No, people worried about what the lockdowns are doing to the economy, to religion, and to society aren’t whiners. Trying to use the excessive behavior or extravagant rhetoric of a handful to squelch the legitimate concerns of millions is – at best – a cheap rhetorical trick.