A Recipe for Economic Recovery From COVID-19 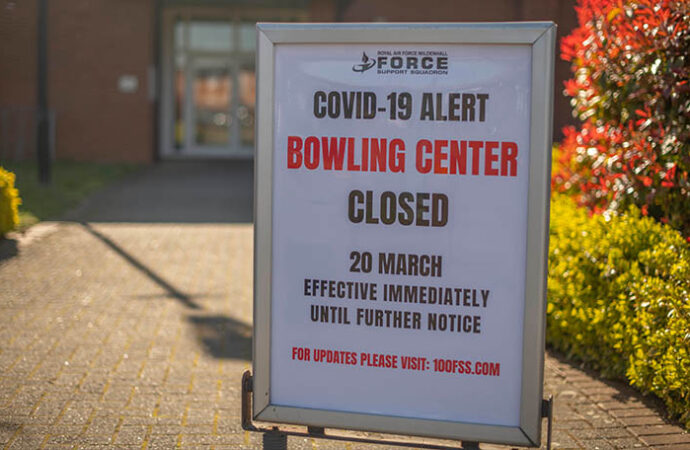 With the focus on COVID-19 shifting from the health emergency (easing) to getting the economy going again (glimmers of hope), it’s easy to forget just how good the economy was before the pandemic hit. Recall that in mid-February, financial news organizations were reporting that the S&P 500 and the Nasdaq Composite indexes were hitting record highs.

In “Getting America Back to Work.” (Encounter Books, 2020), Andy Puzder has drawn a sharp contrast between the eight-year stagnation and regulatory overkill of the Obama administration and what he calls the Trump Economic Boom that followed. Among the many indicators he cites in his 43-page broadside is the National Federation of Independent Business optimism Index, which “blasted off” the day after President Trump’s November 2016 election and remained at historic highs right through February.

“Although massive government interventions that Barack Obama pursued following the Great Recession might presently appear beneficial or even essential, a return to Obama’s ‘new normal’ of stagnant growth would lead to disastrous and persisting economic damage,” he writes. “We must instead return, as soon as is safely possible, to the Trump model of economic prosperity that produced the strongest labor market in modern history.”

Puzder is a senior fellow at the Pepperdine School of Policy and was President Trump’s first nominee for Secretary of Labor. He withdrew the nomination in February 2017. He is the former CEO of CKE Restaurants Inc., parent company of, among other fast food restaurants, Carl’s Jr. and Hardee’s.

So how do we get the economy going again? Will this be a short, sharp downturn, or a long agonizing stretch of slow growth and weak employment?

Puzder’s recipe is for more of the same policies that encouraged the “Trump boom” in the first place: regulatory relief, certainty, and tax policies that allow businesses and individuals to keep most of what they earn. That’s not a sure thing given that many on the left are intent on using the economic crisis to permanently expand government reach into the economy and prolong the labor market agony. To back that up, Puzder cites, among others, a comment by House Majority Whip James Clyburn, D-S.C., that the coronavirus crisis is “a tremendous opportunity to restructure things to fit our vision.”

What that vision is doesn’t take much guesswork. You just have to listen to the actual words of those not wanting to let the coronavirus crisis go to waste. Here’s the response of Gov. Gavin Newsom, D-Calif., when asked in early April if the crisis was creating the potential for a new progressive era. “Yes,” he answered, “we see this as an opportunity to reshape the way we do business and how we govern.”

But you have to wonder how the Clyburn or Newsom vision could improve on the Trump numbers for those at the low-wage end of the labor market, which were at historic highs before the pandemic overturned the gains. If the dignity of work means anything at all, it has to be within the grasp of those in hourly wage jobs in sectors such as retail, hospitality, manufacturing, construction and the like.

“In 2019, unemployment hit lows not seen since the government began reporting the data for African Americans, Hispanics, Asians and people with only a high school education,” Puzder writes. “For women, the unemployment rate hit a sixty-five-year low and for teenagers (aged 16-19) it hit a fifty year low.”

Economic growth under Trump policies was strong, but what about the trade war with China? Fed economists estimated that the trade disruptions with China may have cost the United States 1 percentage point in growth. Still, under Trump, GDP growth hit 2.9 percent in 2018 and 2.3 percent in 2019. Puzder says that under Obama GDP failed to achieve a single year of 3 percent GDP growth, and only grew at a 1.6 percent rate in his last year in office.

“The same recipe that produced the strongest labor market in modern history can restore the wealth we lost because of the pandemic,” Puzder predicts. “If government helps people now, as it should, but otherwise gets out of the way and empowers the private sector, the impact of the virus will be a short-term hit from which we will recover rapidly. If the government keeps its heavy hand on the economy, we may never fully recover.”

How we handle this crisis going forward will make all the difference now. And that’s on all of us. “When this crisis ends, the choice will be ours,” Puzder concludes.