The Soviet Union Began as a Democratic Experiment in Socialism 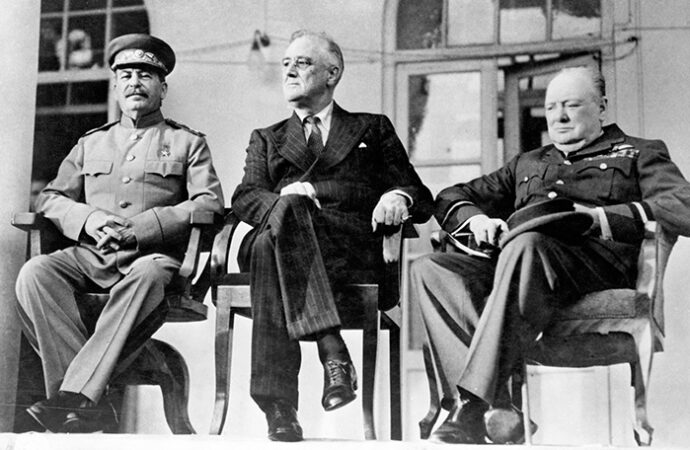 When Bernie Sanders made his debut on the national stage in 2016, most Americans had never heard of democratic socialism (the idea that the government controls the means of production but we all get to vote). But in the four years following his loss to Hilary Clinton, it’s become a major topic for American politics. The Democratic Socialists of America (DSA) party has seen an explosion in membership and openly socialist politicians like Bernie and Alexandria Ocasio Cortez are occupying some of the highest positions in our government.

The democratic socialism these politicians promote are radical ideas by traditional American standards, but they are far from new. They have been theories that were put into practice a century ago on the other side of the world in the now defunct Soviet Union.

The Power of the Soviet

In Russian, Soviet means “council.” In theory this system was going to create a voice for every member of the proletariat (working class) to be heard and guide their destiny by voting for their own representatives from their local areas to make their voices and choices recognized by the larger government.

Factories and small villages were their own soviet group at the lowest and most local level. They chose and voted for representatives to serve in the larger town soviet. The town soviet would elect representatives from their group to serve in the regional soviet which then elected members for the provincial soviet. From there, members would be elected to the Soviet of Constituent Republic, which was the soviet in charge of the specific member country within the Soviet Union. That group would then send representatives to the Supreme Soviet of the USSR.

In the 1940s there was an estimated one million USSR citizens participating in the Soviet System. In theory, anyone could rise through the soviet system to one day be in the Supreme Soviet. On paper this was the ultimate system of representative government serving its citizens. The small local soviets would make a list of what they wanted from the larger government and that list would move up the food chain. And if the soviet didn’t think their representative was doing a good job, they had the power to recall him and send someone else.

Soviets practically had complete autonomy over their jurisdictions, in theory. They could utilize any resources from the larger government to their own liking. They could also govern themselves at a local level. The only catch was that their choices could not conflict with the interests of the nation.

While this system of government sounds very nice, the truth was that the Supreme Soviet would rarely meet and when they were not in session they abdicated their power to the Presidium of the Soviet Union. This body was like all three branches of the U.S. government rolled into one. The Soviet Union was a state with only one legal political party, the Communists.

At the head of the party from the early 1920s through the 1950s the top man in that party was Joseph Stalin (1878-1953). During his first years in the office, he consolidated his power, outmaneuvered rivals, and eventually became arguably the most repressive dictator of the 20th century. As head of the party, Stalin’s interests were the national interests. As such, anyone who went against him was, in a sense, going against the national interest – which meant they could expect to find themselves, and perhaps their families, tortured and shot.

The enforcers of the national interest was the NKVD, better known as the secret police. These were spy plants in the society keeping an eye out for anyone who could be a remote threat to the will of the party’s leader. You know, like anyone with relatives living abroad or the ability to speak more than one language. And to keep everyone in line even further there were mandatory purges at all levels of government and society with quotas. Citizens were executed, punished, and exiled not because they committed crimes but instead because the upper leadership wanted 20,000 “anti-revolutionaries” punished in a random city and to please the national bosses the regional bosses would give them 25,000.

Life under Stalin in the great Democratic Communist USSR was pure terror. When we look back on the 20th century we tend to think of Adolf Hitler as the most-evil man of his day. An estimated 14 million people were killed by his direct actions. Stalin has him beat with an estimated 20 million.

Socialism and Communism: Birds of the Same Feather?

If any members of the Democratic Socialists Party of America have read any of this article, then they’re most likely going to instantly dismiss it as a hit job on their cause. They’ll protest that communism is not the same as socialism. While that’s technically true, the differences between the two are not apples and oranges; they’re Cortland and Winesap apples.

And unfortunately, no one person or group is smart enough, wise enough, or capable to micromanage a society. Some theories sound great but when put into practice they get proven to be wrong. With so many historic examples documenting the failures of communism and socialism it’s baffling that so many people in America seem to want to give it a try.

In our modern age of information it’s very easy for us – and very important – to examine the past mistakes of others so that we don’t repeat them.