Evidence for Wuhan Labs as the True COVID Culprit Is Growing 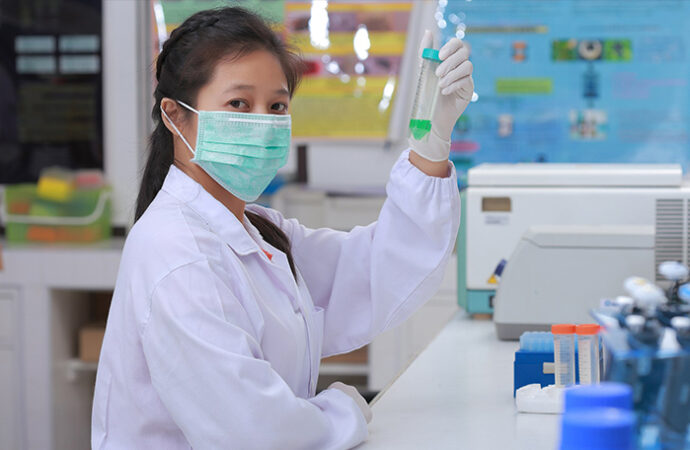 It’s been billed as a right-wing nut-job conspiracy theory: the idea that the coronavirus accidentally escaped from a virology facility in Wuhan, China. Originally the virus was thought to have originated in Wuhan at a so-called wet market.

In fact, those who have dared to discuss such a possibility – a seemingly logical one, as not just one but two virology centers are in the Wuhan area – such as Senator Tom Cotton and Fox News Host Tucker Carlson, have been ridiculed in just about every way imaginable.

But the idea might not end up being such a grassy knoll after all. A growing body of evidence, some circumstantial, some more concrete, suggests that at the very least, the theory warrants an investigation.

Such a probe, in many respects, has already been done, and could be built upon to either lend credibility to the idea of a viral release in Wuhan or debunk it altogether. The Epoch Times last week released a video documentary exploring the potential origins of COVID-19. The report is impressive in its scope, scale, and overall depth. It reveals that a large amount of research was done on the coronavirus at the Wuhan Institute of Virology.

The report uncovers large volumes of academic papers that were authored by researchers in Wuhan on the potential of the coronavirus passing from animals to humans and how various other scientists were concerned about the impact such research could have in the future. The Epoch Times also details claims on specific research on various new strands of coronavirus that it claims were actually created in Wuhan labs, allegedly pieced together from HIV and SARS virus materials that make it deadly to humans, as it can easily infect tissue. It’s a bombshell if it can be corroborated.

However, while the reporting done in The Epoch Times seems quite solid to a layman such as myself, there are reasons to be skeptical. While the documentary does include expert commentary by TAC contributor Gordon Chang and former senior Trump administration official Robert Spalding, as well as analysis by credible scientists, The Epoch Times has a clear bias against China, as its founders are part of the Falun Gong movement. Also, midway through the documentary, the work takes a strange turn that makes it feel like an attack ad on China and not solid reported material.

That’s not to say that their reporting should be dismissed. Rather it should be followed up on and serve as the basis for additional reporting that can either corroborate or debunk it.

There are other more mainstream outlets that have picked up the scent, such as The Washington Post. According to a scoop by the Post’s Josh Rogin, U.S. officials visited virology facilities in Wuhan and “sent two official warnings back to Washington about inadequate safety at the lab, which was conducting risky studies on coronaviruses from bats.” Rogin believed that “the cables have fueled discussions inside the U.S. government about whether this or another Wuhan lab was the source of the virus—even though conclusive proof has yet to emerge.”

While Rogin clearly wants to be cautious in his reporting, he does note, “The cables warned about safety and management weaknesses at the WIV lab and proposed more attention and help. The first cable, which I obtained, also warns that the lab’s work on bat coronaviruses and their potential human transmission represented a risk of a new SARS-like pandemic.”

Then there are the actions of the Chinese government, which seem almost designed to fuel the fire. A new mandate passed by Beijing declares that any and all research papers on the origins of COVID-19 will be subjected to additional vetting before they can be published and must be approved by the central government. That’s according to what now appear to be deleted posts by the Chinese government.

All of this led me to pick up on the scent myself. My own contacts at the White House, while also careful, seem to be open to the idea that a Chinese manufactured virus could have escaped into the wild. Still, White House officials who spoke to me on condition of anonymity were quick to add that they would have to assume such a release was a mistake and not intentional.

“Look, is it possible China did, in fact, have an accidental release of a coronavirus that they were doing research on? Yes. Can we prove it right now definitely? No,” explained one official. “However, we can’t ignore the large body of evidence that points to this growing possibility. And at some point, we will have to hold China accountable. But now is not the time. You put the arsonist on trial after the fire is over—not when you are trying to put it out.”