Dissent Drives the Advancement of Society 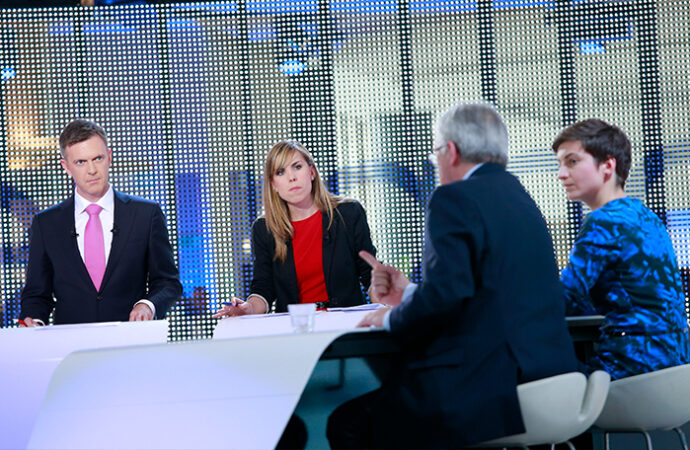 Tolerance is the virtue of the 21st century. Because of this, we’ve seen a new clamor regarding certain opinions viewed as intolerable in America’s political discourse.

What makes for a tolerable opinion? That’s hard to say. Yet the arbitrary standards are quickly enacted by certain gatekeepers as soon as someone expresses an opinion deemed too uncouth for our sensitive and supposedly tolerant time.

Take the issue of climate change. Climate change after all, is now “settled science.” Thus, anyone who disputes it falls outside of the realm of acceptable opinions.

Similarly, parents who doubt that surgery and hormones are the best solution for their adolescent child struggling with gender dysphoria are clearly bigoted and unfit to bear the burden of parental responsibility.

It matters little if these now unacceptable positions were the norm a few short years ago. Nor does it matter if predictions from the now accepted orthodoxy turn out to be spectacularly wrong.

It is unfortunate that this new breed of tolerance is anything but tolerant to dissenting opinions.

Who gets to decide which opinions are allowed and which are beyond the pale? Often it seems that the loudest voices – regardless of the intellectual or scientific rigor of their opinions – get to drown out anyone who refuses to match their volume and tries instead to engage in reasoned debate.

Is this any way to run a country?

Reasonable people would say no, though it is a rather good way to deprive a people of their liberties. This is especially true if elite groups of academics, bureaucrats, business people, and politicians who are in the know get in on the act of deciding which opinions are allowed and which are not.

Suppressing free speech and ostracizing certain views will only result in the degradation of society. Judge Billings Learned Hand eloquently explained this position in “A Plea for the Freedom of Dissent”:

“For I submit that it is only by trial and error, by insistent scrutiny and by readiness to re-examine presently accredited conclusions that we have risen, so far as in fact we have risen, from our brutish ancestors, and I believe that in our loyalty to these habits lies our only change, not merely of progress, but even of survival.”

Hand, a vociferous proponent of free speech and other civil liberties, believed that it was only through shared attitudes that any liberties persisted in any given culture.

“And so, If I am to say what are ‘the principles of civil liberties and human rights,’ I answer that they lie in habits, customs—conventions, if you will—that tolerate dissent and can live without irrefragable certainties; that are ready to overhaul existing assumptions; that recognize that we never see save through a glass, darkly, and that at long last we shall succeed only so far as we continue to undertake ‘the intolerable labor of thought’—that most distasteful of all our activities.” [Emphasis added.]

To be sure, it does take a certain degree of effort on the part of an individual or society to sort out which ideas are to be kept, which are to be rejected, and which are to be formed, developed, accepted, and instituted. As Hand states, it is a “labor of thought,” not a passion. It takes a great deal of work for society to advance, and instituting policies and positions that hurt people more than they help is no progress at all.

The age and history of a position is of little consequence, it only matters if the position is true or not. This is something that must be regulated with logic, philosophy, theology, and an openness to changing one’s views if it is shown that a position in fact does cause more harm than good.

That sounds exhausting – and it is! The alternative, however, is simply to close up shop and accept the road we are already on. When old ideas are deemed intrinsically inferior to new ideas – in the same way as when new ideas are not allowed into a society at all – there is little room for humanity to grow and prosper.

As Hand warns, the cessation of tolerance of free speech will lead to much greater harm than merely that done to free speech itself:

“If such a habit and such a temper pervade a society, it will not need institutions to protect its ‘civil liberties and human rights’; so far as they do not, I venture to doubt how far anything else can protect them: whether it be the Bills of Rights, or courts that must in the name of interpretation read their meaning into them.”

If a society cannot agree on the principles upon which it was founded and on which it now purports to stand, what chance do judges and other officials have of enforcing those principles upon politicians and the general public? It is, perhaps, the greatest responsibility of any member of a free society to ensure that the society retains the characteristics that made it free in the first place. As President Ronald Reagan said, “Freedom is never more than one generation away from extinction.”

The question is, will the current generation be the one which allows freedom to give up the ghost?