COVID-19 and the Policing of Religious Liberty 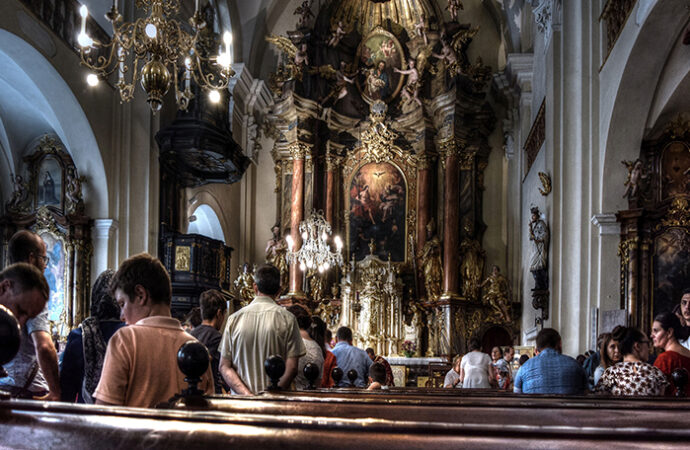 Easter Sunday came and went with much of the country still on coronavirus lockdown. People stayed home, families stayed apart, and states continued to ban gatherings of 10 or more people.

Of course, this also meant attending church on Christianity’s holiest of days was verboten.

Churchgoers such as those at Maryville Baptist Church in Hillview, Kentucky, indicated they had no intention of following Beshear’s orders. When some attendees covered their license plates, state troopers recorded vehicle identification numbers instead.

Underscoring Roberts’ point about government overreach is the case of Louisville Mayor Greg Fischer. While the Kentucky state government explicitly authorized parking lot services in lieu of physical gatherings in church buildings, Mayor Fischer made it very clear that he did not want to make any such exemptions.

It took a lawsuit by Louisville’s On Fire Christian Church to prevent this First Amendment infringement. Judge Justin Walker granted a temporary restraining order against the city’s attempts to shut down parking lot services.

“Louisville’s Mayor Greg Fischer ordered Christians not to attend Sunday services, even if they remained in their cars to worship – and even though it’s Easter,” Walker wrote in his decision. “The Mayor’s decision is stunning. And it is, ‘beyond all reason,’ unconstitutional.”

It’s natural for people to be divided on the issue of churches holding services during this time. Will doing so only increase the spread of the coronavirus? Or are crises such as this one exactly what a community of believers is for, namely, to help people get through hard times?

More and more Americans are turning to prayer to help battle the physical, economic, and emotional turmoil brought about by the coronavirus – both its direct effects and those caused by government reactions to the pandemic.

Regardless of where one falls in this divide, the ability of the government to use police forces and intimidation tactics to shutter religious expression does seem to violate the First Amendment. It also provides an interesting set of constitutional and moral problems that are not unique to our time.

In the mid-18th century, Congregational minister Jonathan Mayhew penned a sermon refuting the divine right of kings. Drawing from Saint Paul’s Epistle to the Romans, Mayhew’s piece was  influential on the founding fathers.

In his sermon, Mayhew declared that, while it is indeed a Christian’s duty to obey a government which exercises “a reasonable and just authority… for the good of human society,” the call to obedience is not unlimited, as governing bodies may violate the rights of man and the commands of God, in which case such government ought to be resisted.

“If rulers are a terror to good works and not to the evil; if they are not ministers for good to society but for evil and distress by violence and oppression; if they execute wrath upon sober, peaceable persons who do their duty as members of society, and suffer rich and dishonorable knaves to escape with impunity; if, instead of attending continually upon the good work of the public welfare, they attend only upon the gratification of their own lust and pride and ambition to the destruction of the public welfare; if this be the case, it is plain that the apostle’s argument for submission does not reach them; they are not the same but different persons from those whom he characterizes; and who must be obeyed according to his reasoning.”

This strikes a chord with our present situation does it not? In response to the coronavirus, our government is releasing thousands of inmates – Mayhew’s “rich and dishonorable knaves” – while arresting pastors and punishing churchgoers – the “sober and peaceable persons.”

If this level of government response to COVID-19 continues much longer or intensifies, more and more people will start to question the intent of their government. People can only be cooped up, unemployed, unable to pay rent, unable to attend church or visit friends and family for so long before they begin to resent and ignore their governments’ orders.

As Mayhew put it:

“To say that subjects in general are not proper judges when their governors oppress them and play the tyrant and when they defend their rights, administer justice impartially, and promote the public welfare, is as great treason as ever man uttered:—’tis treason not against one single man but the state— against the whole body politic; —’tis treason against mankind; ‘tis treason against common sense; ‘tis treason against God. And this impious principle lays the foundation for justifying all the tyranny and oppression that ever any prince was guilty of.”