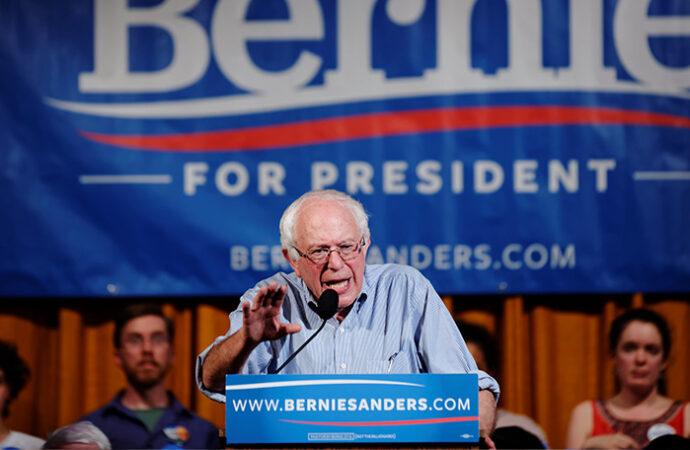 The withdrawal of Sen. Bernie Sanders from the Democratic primary left former Vice President Joe Biden as the only major candidate left in the race. As such, he is the presumptive 2020 Democrat presidential nominee for 2020.

“I wish I could give you better news, but I think you know the truth,” Sanders said in his announcement of the suspension of his campaign. “And that is, that we are now some 300 delegates behind Vice President Biden, and the path toward victory is virtually impossible.”

Phew. America is now safe from socialism, right? Joe Biden may be to the left, but he’s center left, and at least he didn’t honeymoon in the Soviet Union, right?

Yet Bernie isn’t going away completely. He’s staying on primary ballots to accumulate delegates and therefore influence the Democratic platform at the party’s convention this fall. Sanders is done, but his ideas live to fight another day.

This political gamesmanship draws a striking parallel to the Soviet Union’s foreign policy prescriptions, as described by George F. Kennan in a 1947 article for Foreign Affairs:

“The theory of the inevitability of the eventual fall of capitalism has the fortunate connotation that there is no hurry about it. The forces of progress can take their time in preparing the final coup de grace. Meanwhile, what is vital is that the ‘socialist fatherland’—that oasis of power which has been already won for Socialism in their person of the Soviet Union—should be cherished and defended by all good communists at home and abroad, its fortunes promoted, its enemies badgered and confounded. The promotion of premature, ‘adventuristic’ revolutionary projects abroad which might embarrass Soviet power in any way would be an inexcusable, even a counterrevolutionary act.”

Sanders could have chosen to go on to what would likely be a rather successful third-party campaign, either in 2016 or in 2020. But it is far from likely that he would have ended up in the White House, and far more likely that he would have simply been a detractor from the electoral chances of Hillary Clinton before and Biden now. Such a label of “spoiler” would surely constitute a “premature, ‘adventuristic’ revolutionary [project].”

So while many of his supporters may whine and moan about their fearless leader once again failing to contend with the Democratic establishment up until and possibly after the DNC’s quadrennial convention, Sanders and his ilk are pleased to play the long game of slowly advancing socialism in America.

Rep. Ilhan Omar of Minnesota is understandably disappointed at her hero’s withdrawal, but she too, is ready to play this out in whatever fashion they can muster to fight Donald Trump and “end the rise of fascism in this country.”

Or, as Sanders so eloquently summarized in his announcement:

“Please also appreciate, that not only are we winning the struggle ideologically, we are also winning it generationally. The future of our country rests with young people, and in state after state, whether we won or whether we lost the Democratic primaries or caucuses, we received a significant majority of the votes, sometimes an overwhelming majority, from people not only 30 years of age or under, but 50 years of age or younger. In other words, the future of this country is with our ideas.”

These statements should serve as a call to arms to all Americans who hold the free market, traditional values, and their civil liberties close to their hearts. Just because Sanders has withdrawn does not mean that those who fear his policies can rest easy going forward. He has not given up, he has simply changed tactics.

Or, in a further parallel to Keenan’s description of Soviet diplomacy:

“[I]t cannot be easily defeated or discouraged by a single victory on the part of its opposition. And the patient persistence by which it is animated means that it can be effectively countered not by sporadic acts which represent the momentary whims of democratic opinion but only by intelligent long-range policies on the part of Russia’s adversaries….”

Lovers of freedom cannot rest easy now that a momentary threat has been dispensed with. As Sanders notes, the politics of the youth of America are of enormous import to the future of our country. What we teach our children today becomes the government of the future.