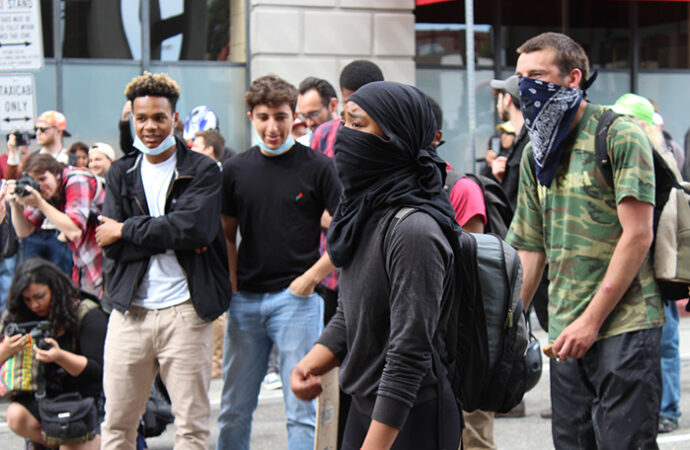 At present, the previously incessant caterwauling of social justice warriors has died down. With college campuses shuttered by the coronavirus pandemic and college adminstrations wondering if students will ever return, the hotbeds of liberal academia and far left political activism have fallen silent for the present at least.

Student activism in the popular imagination is often confined to two distinct eras: the Vietnam War protests of the ‘60s and early ‘70s, and the reign of terror visited upon campuses by social justice warriors in the last few years.

The latter strikes a confusing contrast with the former. While students at the University of California-Berkley in the ‘60s ostensibly campaigned to openly express political opinions, today’s social justice warriors campaign to shut down any political opinion that doesn’t fit their collectivist, identarian dogmas.

The students of the flower child generation would have found an unlikely ally in former President Herbert Hoover. In 1936, Hoover gave a speech titled “The Challenge to Liberty.” In large part a condemnation of the centralization and redistribution inherent in the New Deal, Hoover’s speech touches on cultural issues that students at Berkley could have quoted in their arguments with enthusiasm. Today’s students, however, would likely look past these arguments, preferring to condemn Hoover as a privileged, homophobic, racist, white male instead. Take a look:

“The transcendent issue before us today is free men and women. How do we test freedom? It is not a catalogue of political rights. It is a thing of the spirit. Men must be free to worship, to think, to hold opinions, to speak without fear. They must be free to challenge wrong and oppression with surety of justice. Freedom conceives that the mind and spirit of man can be free only if he be free to pattern his own life, to develop his own talents, free to earn, to spend, to save, to acquire property as the security of his old age and his family.”

The call for freedom to worship would surely be a nonstarter for many social justice warriors today. After all, if one holds traditional views on the LGBT movement or abortion, you must not be suffered to speak in the public square. Freedom to earn, spend, and save all sound well and good, but who really needs billionaires anyways? These might be unnecessary practices, as millennials and Zoomers continue to grow more positive about socialism, and more critical of capitalism. Who needs to save when the government will just take care of you, right?

Hoover goes on to defend his list of rights and ideals.

“Freedom demands that these rights and ideals shall be protected from infringement by others, whether men or groups, corporations or governments.”

A stark rebuke to any individual or political collective who would seek to suppress – by speech, force, or government action – the speech of anyone holding views outside of their preferred window of acceptability.

“The conviction of our fathers was that all these freedoms come from the Creator and that they can be denied by no man or no government or no New Deal. They were spiritual rights of men. The prime purpose of liberal government is to enlarge and not to destroy these freedoms. It was for that purpose that the Constitution of the United States was enacted. For that reason we demand that the safeguards of freedom shall be upheld.”

This is the problem that Americans who value the founding fathers, the Constitution, and the rights it seeks to guarantee face: many of their fellow countrymen today refuse to accept the philosophical and moral framework of America.

Hoover may be a very unpopular president in America’s history, and in many American minds he bears all the blame for the Great Depression. Regardless, Hoover was remarkably prescient on the issues Americans faced in 1936 – issues which we continue to face today.

Can we test freedom today and find it satisfactory to our designs and those of the founding fathers? Or has our culture slipped away from our history, to the point where an individual is no longer ‘free to pattern his own life”?