The Staggering Collapse of U.S. Intelligence on the Coronavirus 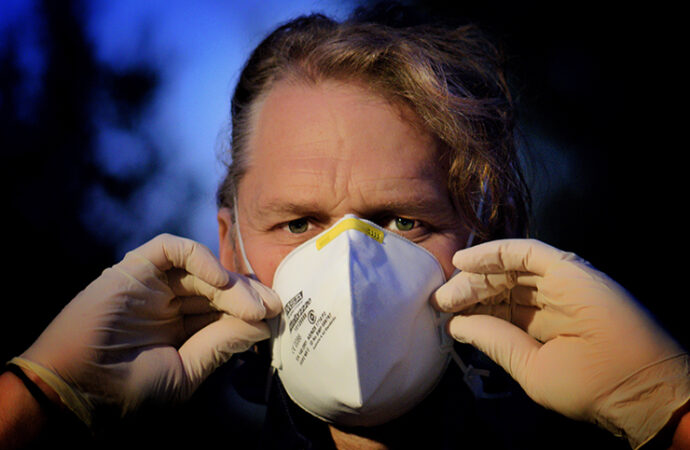 The coronavirus pandemic has impacted the United States unlike any other event in recent history, proving to be far more disruptive to American society, and far most damaging to the U.S. economy, than even the events of 9/11.

The U.S. response is something President Trump has likened to a “war,” going so far as to label himself a “wartime President,” leading the U.S. against “the toughest enemy” in a struggle in which he vows “total victory.” If the fight against the coronavirus is a war, then the virus clearly took the U.S. government by surprise. “Certainly we didn’t get an early run on it, Trump noted in a press conference on March 17. “It would’ve been helpful if we knew about it earlier.”

Included in this budget is a small, specialized intelligence unit known as the National Center for Medical Intelligence (NCMI), which operates as part of the Defense Intelligence Agency. The mission of the NCMI is to serve as the lead activity within the Department of Defense (DoD) “for the production of medical intelligence,” and to prepare and coordinate “integrated, all-source intelligence for the DoD and other government and international organizations on foreign health threats and other medical issues to protect U.S. interests worldwide.”

For a small agency, the NCMI packs a large punch in terms of the overall impact of its product. For example, in April 2009 – two months prior to when the WHO and the U.S. Centers for Disease Control and Prevention (CDC) officially declared the global outbreak of H1N1 influenza a pandemic, NCMI published an intelligence product, known as an “Infectious Disease Risk Assessment,” which predicted that a recent outbreak of the Swine Flu (H1N1) would become a pandemic.

The positive work done by the NCMI in relation to the H1N1 outbreak contributed to the creation of the 2012 “National Strategy for Biosurveillance,” designed to help facilitate a full-time institutionalized process for obtaining timely and accurate insight on current and emerging biological risks. President Obama himself noted the critical role played by “accurate and timely information” during the 2009 H1N1 pandemic that enabled decision makers, including himself, to “develop the effective responses that save lives.

“The sooner we can detect and understand a threat,” Obama wrote in the introduction to the first National Strategy for Biosurveillance, “the faster we can take action to protect the American people.”

Providing this early detection of a threat is the mission of the NCMI. When it comes to diseases like H1N1 and the coronavirus, this task falls under the remit of the NCMI’s Infectious Disease Division, whose baseline requirement, according to a former commanding officer, Air Force Col. (Dr.) Anthony M. Rizzo, “is to understand the risk of every type of [endemic] infectious disease in every country.”

“When we think of the word biosurveillance, we think of the kinds of things that the public health community does—collecting cases, taking cultures, deciding which disease is which,” Rizzo said. “But we in the intelligence community are looking way before that to determine [if there are] threats on the horizon.”

The NCMI’s job, Rizzo noted, is predictive in nature – not to explain what is happening, but rather “what we believe is going to happen.” To do this, NCMI has access to the resources of the totality of the intelligence community, including intercepted communications, satellite imagery, and sensitive human intelligence, including covert sample collection.

The coronavirus was clearly part of the NCMI’s remit. And yet its first Infectious Disease Risk Assessment for COVID-19 was issued on January 5, 2020, reporting that 59 people had been taken ill in Wuhan, China. This report was derived not from any sensitive intelligence collection effort or independent biosurveillance activity, but rather from a report issued to the WHO by the Wuhan Municipal Health Commission, dated January 5, 2020.

The next day the CDC warned American citizens to take precautions if traveling to China, followed a day later with the activation of a COVID-19 incident management team within the CDC Emergency Management System. This, however, is not the kind of predictive analysis that U.S. policymakers needed if they were going to get ahead of the coronavirus pandemic. Unlike 2009, when the NCMI provided a full two months heads up about the threat of a Swine Flu pandemic, in 2020 the Trump administration was taking its cues from the WHO, which waited until January 30, 2020 to declare a Public Health Emergency of International Concern (PHEIC). The NCMI had been relegated to a mere observer, having failed in its mission to provide timely, predictive analysis of pending epidemiological threats.

Almost everything the NCMI knew about the current situation in Wuhan came from the WHO, which had been working very closely with Chinese authorities from the Chinese Center of Disease Control (CCDC) to determine the origin and nature of the coronavirus outbreak. While a great deal of attention has been paid to the Huanan Seafood Wholesale Market in the city of Wuhan, which sells live poultry, fish, and several kinds of wild animals to the public, a detailed investigation by the Joint Field Epidemiology Investigation Team, a specialized task force working under the auspices of the Chinese Center for Disease Control (CCDC), found that the COVID-19 epidemic did not originate by animal-to-human transmission in the Huanan Seafood Wholesale Market, as originally believed, but rather human-to-human transmission totally unrelated to the operation of the market.

Moreover, by analyzing the characteristic of some 27 genomes of the COVID-19 virus provided by the Chinese and published by the Global Initiative on Sharing All Influenza Data (GSAID), research scientists were able to determine that the “most recent common ancestor” for the coronavirus could be dated back to as early as October 1, 2019.

The importance of this date as it relates to the NCMI is that in mid-October 2019 a delegation of 300 U.S. military athletes arrived in Wuhan to participate in the 2019 Military World games. China has suggested that these personnel might have introduced the coronavirus infection to Wuhan, citing their own research that suggests that the virus was introduced into China from elsewhere, and Japanese and Taiwanese studies that point to the U.S. as the likely source of the virus. There is, however, no independent evidence to support these allegations.

The production of a Wuhan-specific Infectious Disease Risk Assessment would have created a window of opportunity for the NCMI to have collected the kind of medical intelligence that could have provided early warning about the existence of the coronavirus. Moreover, these athletes should have been subjected to screening upon return as part of the national biosurveillance program, providing yet another opportunity for early detection of the coronavirus if anyone had been exposed to it during their travel.

The CDC has recently acknowledged, during a hearing of the House Oversight Committee on March 11, that its biosurveillance program has uncovered evidence that Americans who had previously died to what had been originally diagnosed as influenza have, through post-mortem testing, been found to have actually have perished from the coronavirus. Normally, the details obtained from this kind of biosurveillance would be widely shared to better understand the scope and potential spread of the infection, as well as to better pin down the source and timing of the infections.

However, the initial meetings regarding a national-level coronavirus response conducted under the auspices of the Department of Health and Human Services, where intelligence gathered as a result of any such biosurveillance activity would logically be discussed, were all treated as classified events, under orders from the National Security Council. As a result, many people who otherwise would have been present were excluded, and those who did attend these meetings were precluded from discussing what occurred. This lack of transparency on the part of the Trump administration only fuels speculation about the reasons for meetings normally conducted in the open suddenly being classified, as well as precisely what information is being hidden from the public.

The sufficiency and efficacy of the Trump administration’s response to the coronavirus pandemic remains to be seen. As President Trump noted on March 17, however, it would have been helpful to have had advance warning. That was the job of the NCMI, and they failed. This failure may have been a result of complacency, incompetence, or just a byproduct of circumstance. Regardless of the reason, the NCMI needs to learn from this experience, and reexamine the totality of the intelligence cycle – the direction, collection, analysis and feedback loop – associated with its failure to adequately predict the coronavirus pandemic. This reexamination should ensure that the U.S. will not be caught flat-footed the next time around, because there will be a next time around.