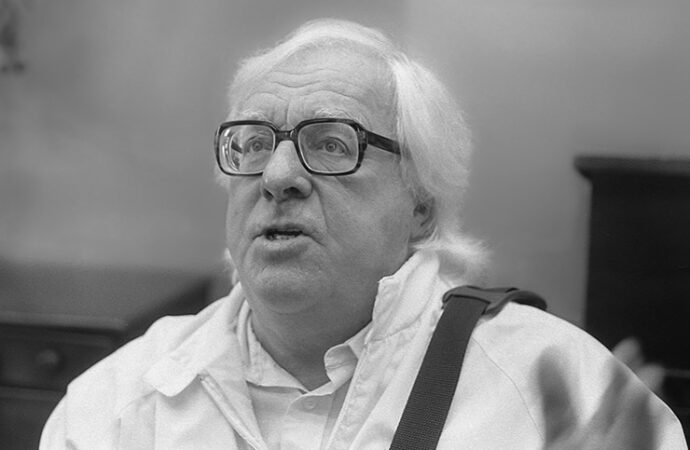 Growing up, some of my favorite novels were those written by Jules Verne. Combining adventure, world travel, romance, and daring feats beyond the ken of most men excited my imagination. Reading these stories, children of both genders – but especially boys – begin to wonder what feats they may achieve.

Such was also the experience of acclaimed writer Ray Bradbury, author of The Martian Chronicles and Fahrenheit 451.

As a child, Bradbury was completely obsessed with the stories of Edgar Rice Burroughs. In a 2012 essay for The New Yorker, Bradbury recalled that he memorized Burroughs’ stories of Tarzan and John Carter of Mars to the point where he would sit on his grandparents’ steps repeating the stories to anyone who would listen.

Bradbury attributed the very existence of his career to the adventure writers that came before him, Burroughs in particular.

“I love to say it because it upsets everyone terribly,” Bradbury said in a 2010 interview with The Paris Review. “Burroughs is probably the most influential writer in the entire history of the world.”

In Bradbury’s view, the sense of wonder and excitement that young boys experienced when reading about the exploits of John Carter and Tarzan had a dramatic impact in shaping the world we know today. As Bradbury explains, the influence of Burroughs’ characters extends far beyond mere literary circles.

“By giving romance and adventure to a whole generation of boys, Burroughs caused them to go out and decide to become special. That’s what we have to do for everyone, give the gift of life with our books. Say to a girl or boy at age ten, ‘Hey, life is fun! Grow tall!’ I’ve talked to more biochemists and more astronomers and technologists in various fields, who, when they were ten years old, fell in love with John Carter and Tarzan and decided to become something romantic. Burroughs put us on the moon. All the technologists read Burroughs. I was once at Caltech with a whole bunch of scientists and they all admitted it. Two leading astronomers—one from Cornell, the other from Caltech—came out and said, ‘Yeah, that’s why we became astronomers. We wanted to see Mars more closely.'”

Unfortunately, today’s literary officials often have a dim view Burroughs’ tales. Pulp fiction has acquired a negative reputation, sometimes deserved – especially if one only judges books by their covers. However, many times these objections are based on politically correct views that leave little room for adventure or traditional masculinity in literature.

John Carter is not one of the lurid types that comes to mind when some people think pulp. He is, however, intolerable to politically correct culture watchdogs. He is a white man, a former Confederate soldier, a consummate southern gentleman, and he rushes off to save damsels in distress – often by violent means – while maintaining a strict code of honor.

This is not the hero of today’s literature.

Diversity-minded people in the publishing industry have decided that one of the most important things about a book isn’t the story; instead, the importance has shifted to the identity of the author.

This has spawned a movement, #OwnVoices, which seeks to emphasize writers writing stories which are particular to their identity. In many cases, this prevents authors who don’t share identities with their characters or settings from utilizing them in their writing. Thus, only African Americans can write stories about the civil rights movement, only gay men can write stories about gay men, and only Muslims can write about Muslims.

This is problematic even at the young adult level of literature, causing censorship of stories, some of which may have inspired the next generation of biochemists, technologists, and astronomists that Bradbury spoke of.

Why do so many now seek to promote stories filled with identitarian politics, rather than adventure? Do we really think today’s children will engage with politically-minded stories in the same way previous generations engaged with writers such as Burroughs?

Even if we do, is it really fair to indoctrinate children with political literature, and, in doing so, kill their ability to be inspired?