Netflix’s Messiah: A Snapshot of Our Times 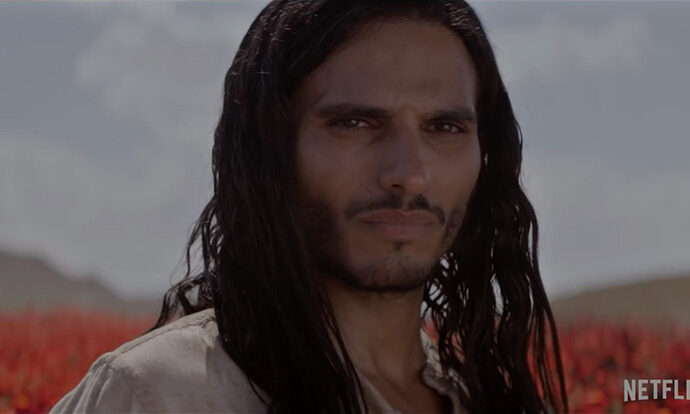 The anticipation for Netflix’s new show Messiah was significant. Media coverage described the show as “controversial,” and The Royal Film Commission of Jordan asked Netflix not to stream it, fearing the show would “infringe… on the sanctity of religion.

However, when Messiah was actually released it quickly fell flat. Reviews were mixed, and the fact that Netflix has failed to renew it for a second season suggests ratings were low.

That doesn’t mean Messiah is not worth watching. While not the most entertaining show on Netflix, it has many unique insights and presents a fascinating snapshot of today’s society.

The show centers on a man known as Al-Masih (Mehdi Dehbi) who surfaces in Syria and attracts a group of devoted followers who believe him to be a new Messiah. Al-Masih then comes to the United States, where he sparks a global phenomenon. The plot also focuses on a CIA agent named Eva (Michelle Monaghan) who tries to uncover his true origins.

The trailers for Messiah suggest the show will be something like a modern retelling of the life of Jesus. That’s misleading. The plot quickly veers in a different direction. In some ways, Messiah is similar to the first season of Showtime’s Homeland, which centers on a released American prisoner who may – or may not – have joined Al-Qaeda. Messiah asks whether Al-Masih is a con man or the real deal. However, Homeland manages to sustain the mystery for nearly an entire season. Messiah shows its cards fairly early, robbing the show of much of its tension.

Messiah also has echoes of Netflix’s popular 2018 documentary Wild, Wild Country about an Indian guru and his followers who tried to build a utopian colony in 1970s Oregon. Wild, Wild Country depicts the power that can be wielded by a leader who is not only charismatic but whose message matches the zeitgeist.

The greatest strength of Messiah is its realistic depiction of religious faith in America today. Most of Hollywood’s offerings these days depict people of faith as either hypocrites or simpletons. Al-Masih’s followers are complex. They are flawed but also trying to do the right thing. In other words, they are human beings. Their faith is a powerful motivator in their lives, just as it is for billions of people around the globe.

Messiah also shows how aimless many Americans are in their faith. They believe deeply in God, but they have little notion of who He is and what He requires from them. So when a man like Al-Masih shows up, they are ready to jump on the bandwagon. Not a single character in Messiah is shown reading the Bible. The only character who seems to be grounded in serious religious teaching is the devout Mormon president of the United States.

Messiah also shows how non-believers like Eva have a faith of their own – though they’d sooner die than admit it. Eva works with a fervor that could be described as “religious” to prove that Al-Masih is a charlatan.

Messiah also touches on a wide swath of other current hot topics – such as refugees, terrorism, the Israel-Palestine conflict, and illegal immigration from Mexico.

Unfortunately, when Messiah wraps up its final episode, viewers are left with more questions than answers. Even if the writers were planning a second season, they should have tied up more of the loose ends.

However, the main takeaway from Messiah is that something like the events in the show could actually happen. It hardly strains credulity to imagine the rise of a charismatic, religious leader like Al-Masih who attracts a massive following and becomes the biggest news story on the planet. Plenty of Americans have deep religious faith. In Messiah, we finally have a show which acknowledges that.