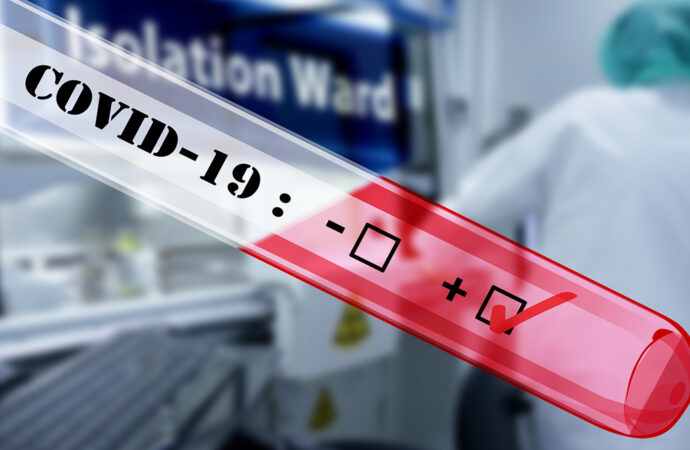 The World Health Organization has declared the coronavirus a global pandemic. As of Friday afternoon, there are 132,000 diagnosed cases of COVID-19 worldwide, and the global death toll has topped 5,000 people.

The fast-spreading virus claimed 196 lives in Italy, on Tuesday alone.

At this time, 90 percent of all cases are in four countries: China, Italy, Iran, and South Korea. Late this week, WHO declared that Europe has overtaken China as the new epicenter of COVID-19 (although this may have more to do with the two regions’ differing levels of openness and honesty in reporting than actual numbers). Even the Vatican reported its first case last Thursday.

Nowhere is immune, including the United States. Schools have been closed in at least 30 states and the District of Columbia as of Monday. Look for that number to increase.

As the rampaging virus wields its way around the globe, prevention and early detection are key to limiting its reach. While a travel ban limited U.S. exposure to the source of the infection, unwieldy government regulations needlessly slowed the detection process for weeks.

Federal regulations barred any labs outside the federal government from developing a test to diagnose coronavirus. When the CDC sent out its test on February 5, it soon learned many of them were defective. The kits produced false positives.

According to Duane Newton, the director of clinical microbiology at the University of Michigan, the biggest limitation in diagnostics is not the technology, but rather the regulatory approval process for new tests and platforms. While this process is critical for ensuring safety and efficacy, the necessary delays often ‘hamper the willingness and ability of manufacturers and laboratories to invest resources into developing and implementing new tests,’ he says.

Case in point: FDA rules initially prevented state and commercial labs from developing their own coronavirus diagnostic tests, even if they could develop coronavirus PCR [Polymerase chain reaction] primers on their own. So when the only available test suddenly turned out to be bunk, no one could actually say what primer sets worked.

The government reversed course on February 29 and allowed private labs to begin developing their own tests. The results have been spectacular.

The old tests took two to seven days to process. The patient was left in limbo in the meantime. Within a matter of days of the government dropping its restriction, the Cleveland Clinic developed a test that delivered results within eight hours.

The change is due directly to the “federal government being responsive by changing those regulations,” said Dr. Deborah Birx, the White House coronavirus response coordinator, at a press conference on Tuesday. The newly instituted, “unbelievable waiver system” has increased competition by “bringing the super-large, high throughput companies into the system.”

Vice President Mike Pence added that “outside experts … said that when the president brought the commercial labs in, he did exactly the right thing, because it’s those big companies that have logistics infrastructure all over the country … that can distribute tests [and] process the tests.”

An artificial federal government monopoly on testing produced a faulty kit and slowed progress in detecting and fighting the coronavirus. Socialism is an instituted government monopoly, not just on medicine, but on all economic life. The results are inefficiency, a sterile-sounding word until it means that Americans will lose their lives.

“The great strength the US has always had, not just in virology, is that we’ve always had a wide variety of people and groups working on any given problem,” Keith Jerome, the head of virology at the University of Washington, told the MIT Technology Review. “When we decided all coronavirus testing had to be done by a single entity, even one as outstanding as CDC, we basically gave away our greatest strength.”

The basic economic truth that competition improves results lies at the heart of all human endeavor. The enormity of the coronavirus has driven this truth home in grim and unforgettable ways. It should never again be lost on those of us who imitate the Great Physician in longing to serve and save the least of these, our brothers and sisters.