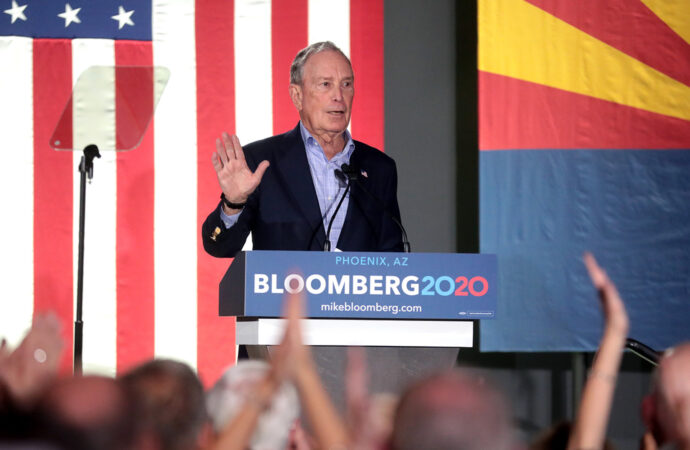 Former New York City Mayor Michael Bloomberg’s campaign for president has come to a crashing halt in the wake of the Super Tuesday results, per the campaign’s official statement:

I’m a believer in using data to inform decisions. After yesterday’s results, the delegate math has become virtually impossible – and a viable path to the nomination no longer exists.

After 102 days and more than half a billion dollars spent, Bloomberg couldn’t put any meaningful results on the table on Super Tuesday, picking up just 18 delegates and a win in American Samoa. He earned a whopping 175 votes in that U.S. territory.

With just 50 delegates in total, in contrast to the several hundred behind both Biden and Sanders, Bloomberg’s expensive failure serves as an important reminder that money isn’t everything in politics. In specifically targeting Super Tuesday, Bloomberg spent nearly $200 million from January 1 of this year to March 3, ending with almost nothing to show for it. Will Rogers’ quip that “Politics has got so expensive that it takes lots of money to even get beat with” has never seemed so true.

Now Bloomberg is following the lead of Mayor Pete Buttigieg and Senator Amy Klobuchar in falling in line behind the allegedly most-electable candidate available to the Democrats: former Vice President Joe Biden.

I’ve always believed that defeating Donald Trump starts with uniting behind the candidate with the best shot to do it. After yesterday’s vote, it is clear that candidate is my friend and a great American, Joe Biden.

I’ve known Joe for a very long time. I know his decency, his honesty, and his commitment to the issues that are so important to our country – including gun safety, health care, climate change, and good jobs.

Bloomberg, Klobuchar, and Buttigieg seem to be attempting what the Republican establishment failed to do in 2016: unite behind a more traditional candidate to prevent the nomination of an outsider with ideas considered far different from the normal party line.

Senator Elizabeth Warren and Representative Tulsi Gabbard still remain in the race, but their combined delegate count is not much more than Bloomberg’s solo count at time of writing. These two have not demonstrated an ability to play spoiler to either Biden or Sanders as of yet.

So it comes down to the Vermont socialist and Hunter Biden’s dad. Between the two of them, they’ve spent 83 years (and counting) in one government position or another, 73 of those years in the federal government. They’ve also combined for three unsuccessful bids to win the Democratic Party’s nomination for president, a number that will be increased once the final verdict is reached.

Bloomberg spent almost five times more money than the rest of the Democratic field by the time he dropped out. While the man himself may have departed the race, the billions he has at his disposal will be sticking around.

.@MikeBloomberg, I can’t thank you enough for your support—and for your tireless work on everything from gun safety reform to climate change. This race is bigger than candidates and bigger than politics. It’s about defeating Donald Trump, and with your help, we’re gonna do it.

Likely much more money from Bloomberg’s fortune will be poured into supporting Biden and defeating Sanders in the remainder of the primary. Once the nominee is settled, it’s certain that Bloomberg will spend a great deal more in an attempt to dislodge Donald Trump from the White House.

With the high level of concerns about money in elections, Bloomberg’s decisive defeat – despite his huge spending spree – should assuage some of the concerns of the 77 percent of Americans who want to limit the amount of money that can be spent on campaigns. Perhaps the democratic process is still clinging to life despite these fears.

Sanders’ supporters, however, probably view the recent spate of campaign suspensions as yet another attempt by Democrat bigwigs to undermine Sanders. Bloomberg’s political and financial support of Biden certainly won’t do anything to dispel the socialists’ conceptions.

So get ready for the onslaught. Just when you thought Bloomberg’s ads would stop and give you some space to breathe…