Democrats and Republicans Both Hold Exaggerated Stereotypes of Both Parties 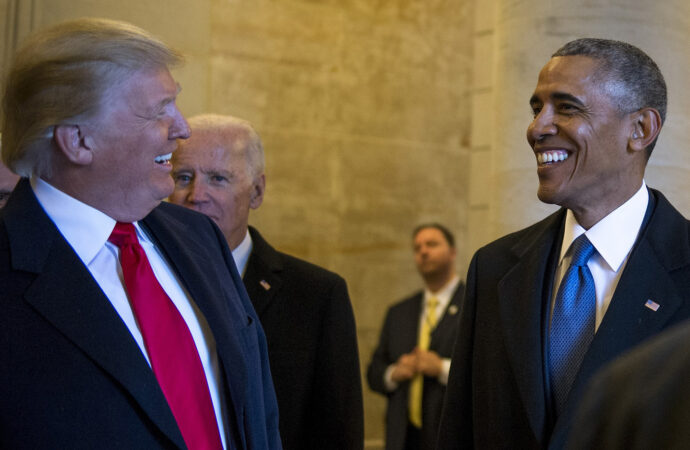 With animosity between party supporters already at an all-time high, buckle up for what promises to be one of the most contentious elections in modern U.S. history.

It’s becoming increasingly possible that the nation will have a choice between two extremes in November. On top of that, some of the candidates’ most ardent supporters continue to tear at the country’s remaining shreds of political civility.

But even in this combative, polarized climate, some of the dislike and distrust that citizens feel toward the other side may be misplaced. One source of animus across party lines is stereotyping. People think that both parties – but especially the other side – are far more socially homogeneous than they actually are.

In 2018, my colleague Gaurav Sood and I published the results of a survey in which we’d asked people for their perceptions about party composition.

For example, we asked people what share of Democratic Party supporters they thought were black. In reality, roughly a quarter of Democrats are black. Our respondents’ average guess, though, was just over 40 percent – with Republicans estimating that over 45 percent of Democrats are African American.

On the flip side, just 2 percent of Republicans earn at least U.S. $250,000 per year – after all, that’s roughly the economic 1 percent. But the average respondent conjectured that 38 percent of GOP supporters earn that much. The typical Democratic guess was near 45 percent.

Whether people are thinking about their own party or another, they tend to perceive far more stereotypical Democrats and Republicans than actually exist. But consistent with social psychology research, people see the other party as somewhat more socially homogeneous and stereotypical.

Importantly, these gross overestimates can’t be explained by insincere responses, the way we wrote the questions or lack of knowledge of these groups’ base rates in the overall population. We conducted a series of experiments, detailed in our article, to rule out those possibilities. Instead, these inaccurate views appear to genuinely reflect party stereotyping.

But, even more importantly, we conducted another experiment to see what would happen when we cleared up these misconceptions for a randomly selected subset of respondents. When we told Democrats, for example, that just a third of Republicans are evangelical, or Republicans that fewer than 10 percent of Democrats identify as atheist or agnostic, they reported less dislike toward the other side than did “uncorrected” respondents. Party stereotyping thus appears to be one source of fuel for incendiary partisanship.

People’s political stereotypes in this polarized era go beyond the social. In a 2014 study, I found that people overestimate ideological polarization in the mass public. Americans tend to think that self-identified liberals hold more liberal views and self-identified conservatives hold more conservative views than they actually do.

And here, when I corrected these misconceptions, people responded to questions about their issue positions with preferences that were somewhat less extreme than “uncorrected” respondents.

The implication is that polarization is, to some degree, a self-fulfilling phenomenon. People take extreme views in part because they think they’re living in a polarized environment.

Of course, this is a very polarized time – it’s just that your neighbor who voted for Donald Trump or Hillary Clinton probably isn’t as ideological or as extreme as you might assume.

So, why do people assume these things about the other side? One reason is that news consumers most frequently hear from those Democrats and Republicans who are relatively extreme. Those voices appear to form the two parties’ bases, and they’re the partisans who are most likely to attend rallies, participate in political discussions and, more generally, to be seen and heard.

So while it’s easy to stereotype the other side’s supporters based on a loud, visible few, it’s worth remembering that the two groups of party supporters are less homogeneous, less ideological, less extreme and, overall, more alike than most of us think.