Conventional Wisdom About the Democrats’ Primary Is Wrong 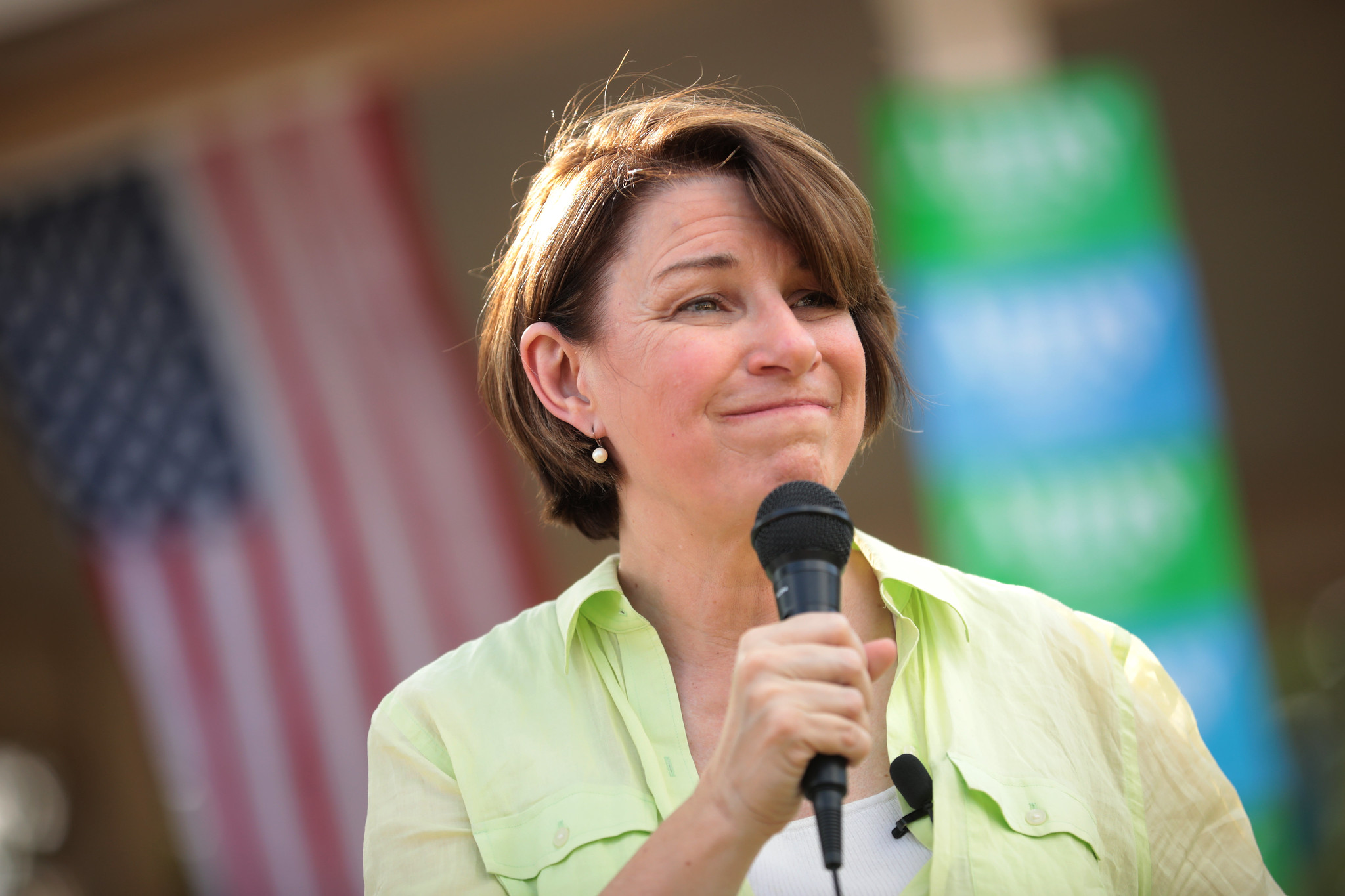 There are three widely proclaimed verities now bandied about in the aftermath of the Democratic presidential primary in New Hampshire on Tuesday.

They are that Senator Bernie Sanders (I-Vt.) is a clear front-runner with a chance for a break-through to a commanding lead in the quest for the nomination. The second is that former South Bend Mayor Pete Buttigieg is a serious candidate with a chance for the Democratic nomination, and the third is that former New York Mayor Michael Bloomberg has been providentially assisted by the disintegration of the candidacy of former Vice President Joe Biden and the bunching together of Sanders, Buttigieg, and Senator Amy Klobuchar (D-Minn.), and will seize the leadership of the race when he gets to the ballot in 15 states simultaneously on Super Tuesday, March 3.

I think all three of these deductions are mistaken.

Bernie Sanders won 60 percent of the vote in New Hampshire in 2016 against Hillary Clinton, where he won about 26 percent this week in an eight-candidate race. But five of the candidates collected 30 percent of the vote, and Sanders only got 26 of the remaining 70, about 36 percent. If the competition is whittled down to Sanders and Buttigieg, who is a much less formidable candidate than Clinton was four years ago, Sanders got about 52 percent of the vote. He did not win the nomination last time, though without the vote-rigging of the Obama-Clinton party establishment and their hundreds of unelected superdelegates, he would have made it a very close race. Still, New Hampshire in 2016 produced a much better vote for Sanders than it did this year.

Pete Buttigieg is not really taken seriously by anyone as a candidate for president this year. He is a self-assembled, auto-candidate attracting gays and those who feel strongly that gays have been mistreated, as well as veterans and their families because Buttigieg once served in the Navy Reserve and was in Afghanistan for a short tour. Unlike eight of the nine presidents prior to Bill Clinton, Buttigieg was never on active, combat duty. There’s nothing wrong with that. In this contest, he is the only person who was ever in any uniform except in school or at a costume party. But that doesn’t make him an irresistible magnet to the country’s approximately 18 million veterans.

Buttigieg started the race on the Left, between Biden and Sanders, and moved to the center as Biden’s campaign faltered. Now he’s trying to be the progressive alternative to the Marxist Sanders. He is facile and articulate, but not qualified and lacks the gravitas, experience, and inherent qualities of leadership and self-confidence the presidency requires from any serious candidate. There is nothing wrong with being young; so were Alexander the Great and Napoleon. But he hasn’t done anything serious and has not been anywhere near the vast complexity of the federal government.

To be a believable presidential candidate a person must have extensive experience of the federal government or have been a state governor, or held a high military command, or achieved a great deal in private-sector activity. (The only two in the last category are Wendell Willkie, the Republican nominee in 1940, and Donald Trump.) Pete Buttigieg checks none of those boxes; he has been a snappy and interesting place to park a vote, but he is about to walk off the dock and won’t be seen again for years, if ever, in national politics.

Michael Bloomberg seems to be scoring at 15 percent in polls in California, where he is making his principal effort. It should be assumed that he will poll less impressively in other states. There are three weeks to go to Super Tuesday and as Bloomberg continues to flood the media with advertising, his totals will rise. But in all such expeditions, the first steps are the easiest.

As the strongest candidates establish themselves in the orthodox manner of caucuses and primaries, a newcomer throwing money out of the open doors of overflying airplanes – as was proposed by Dr. Francis Townsend to alleviate the Depression in the 1930s – finds the cost of each vote becomes more expensive.

There is no danger of Bloomberg running out of money, but he could run out of bandwidth. His opponents will be funded and the Bloomberg financial advantage will not be matched by any comparable domination of the debating forum. He has never been a particularly strong campaigner and has no experience at running a national campaign.

Municipal and national issues do not frequently overlap and Bloomberg will have to stake out positions. Despite his Ocasio-like enthusiasm for the Green Terror, which stops just short of attaching a solar panel to his forehead, he is not going to rival Sanders for any of the far-Left’s support. He would if running against Trump, but not running against Klobuchar, who is the emerging alternative to Sanders and Bloomberg, and won almost 20 percent of the vote in New Hampshire, more than Senator Elizabeth Warren (D-Mass.) and Joe Biden combined.

Bloomberg explained that his reason for entering the race was the absence of an electable Democrat to put up against Trump – whose disembarkation, he dutifully recites at the end of almost every sentence, is a requirement of national security and the survival of the human race. His reservations about the Democratic field of candidates were not unfounded, but he has not communicated to the satisfaction of more than about 15 percent of Democrats that he is the messianic answer to the problem.

He talks like a rich New Yorker. There’s nothing wrong with that, either. But it isn’t representative of and doesn’t resonate with the country.

Bloomberg lacks the outward talents of important New York national politicians of the past. He possesses neither the patrician elegance, confidence, and style of Franklin Roosevelt, nor the energetic and gregarious self-confidence of Nelson Rockefeller. Neither does he have even the pithy toughness of prosecutor Thomas E. Dewey.

The recording of Bloomberg referring rather coldly to African-American youth as 95 percent of the authors and victims of crimes in all American cities did not play well. Bloomberg is not a racist at all; but he is flippant and he speaks without carefully selecting his words. Being of African descent and young is not an “M.O.” (presumably a modus operandi), and the incidences of crime, whatever else they may be, are not “disproportionate.” He is a pleasant and engaging man personally, and obviously has had a brilliant career, but in public he conveys the impression that he thinks he can buy anything, even the world’s greatest office, and that he knows everything, but can’t be bothered explaining it in correct English.

On the issues, he will be liberal enough for most Democrats and will explain effectively why the Sanders program is nonsense. But the resentment in what is a profoundly, but not extremely, liberal party against the greatest and most brazen vote-buying exercise in the history of the world could be much greater than Bloomberg has imagined. Such thoughts would not come naturally to Bloomberg, as he spent $170 a vote in his last run for the mayoralty of New York and won narrowly against a mediocre opponent.

The great question is whether Amy Klobuchar, whose share of the vote jumped by more than 50 percent in New Hampshire from Iowa the week before, can keep rising before Super Tuesday.

The senator from Minnesota is the candidate who, if she could get her story out widely and quickly enough, the Democratic establishment and moderate rank and file would prefer to employ to stop Sanders. And if Klobuchar became a contender, she would be much more acceptable to Sanders and his followers than Bloomberg. (Sanders is in no position to complain about Bloomberg being a former Republican, as he sits in the Senate as a socialist and an “independent.”)

If Klobuchar, a candidate no one has anything against, and who is genuine, plucky, and articulate and doesn’t take herself too seriously or fulminate, even against Trump, can get accelerating momentum these next three weeks, she could be the uniting candidate. If not, Bloomberg will overwhelm Sanders. He would be a good candidate and probably a good president, but Trump’s record and his formidability as a campaigner, will make him a much more difficult opponent than the Democrats have imagined.